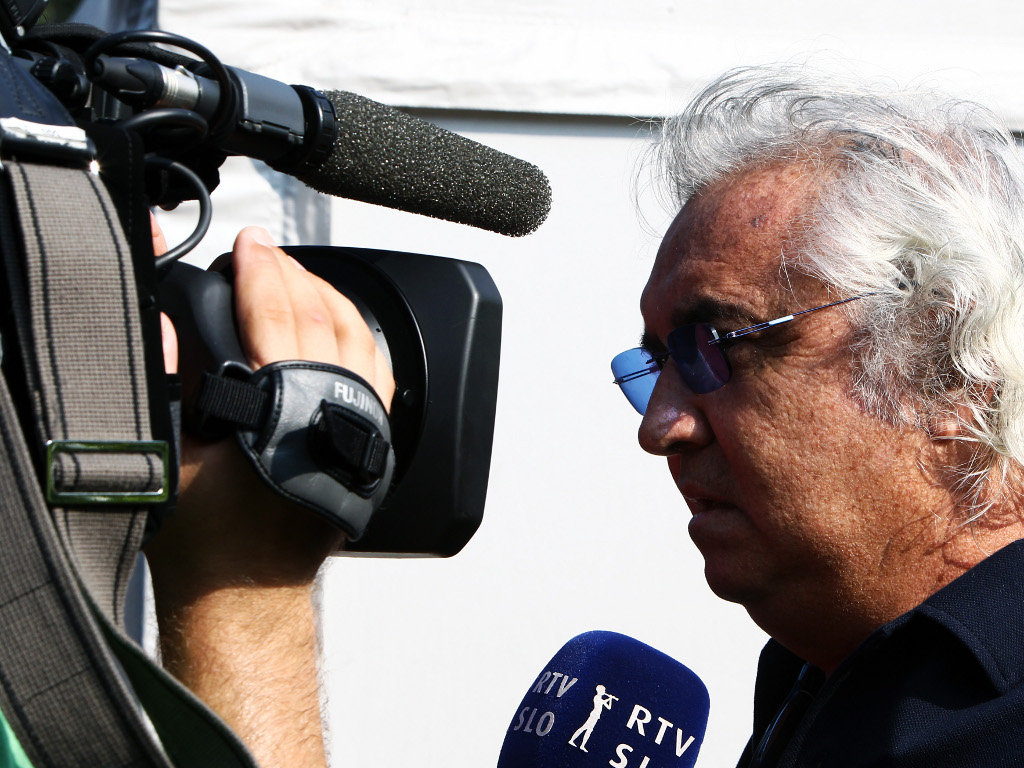 Flavio Briatore admits he’s had to re-evaluate his opinion about Jenson Button after a stellar 2011 season.

Button previously raced for Briatore under the Benetton and then Renault brands in 2001 and 2002, however, it was anything but a successful time for the Brit.

Button scored just two points in his first season and was slated by Briatore for his “playboy” lifestyle. And although the Italian kept him on for another season, which Button finished seventh in the standings, his days under Briatore were over at the end of 2002.

However, Briatore’s apparent dislike for Button was not.

Speaking during Button’s title winning campaign in 2009, the disgraced former team boss referred to the Brit as a “paracarro”, which is Italian slang for being as slow as a concrete block.

And it didn’t stop there. Last season, Briatore stated that Button was only doing well with McLaren because he had “luck on his side.”

He added: “I don’t speak badly of him; I just say he is not among the five quickest drivers in F1.”

The Italian, though, have been forced to revise his opinion on his former charge in the wake of a stellar 2011 season, which has seen Button claim the most victories behind Sebastian Vettel and get the better of his much-lauded team-mate Lewis Hamilton

“I didn’t realise he was so good,” Briatore told The Mirror.

“I was quite wrong about the English driver. He has been the surprise this year. I would never have guessed he was so good.”

But while Button may be in Briatore’s good books this week, the same cannot be said for Hamilton and Felipe Massa after their sixth clash of the season in India on Sunday.

“They make me laugh,” he said. “They are like Laurel and Hardy.”