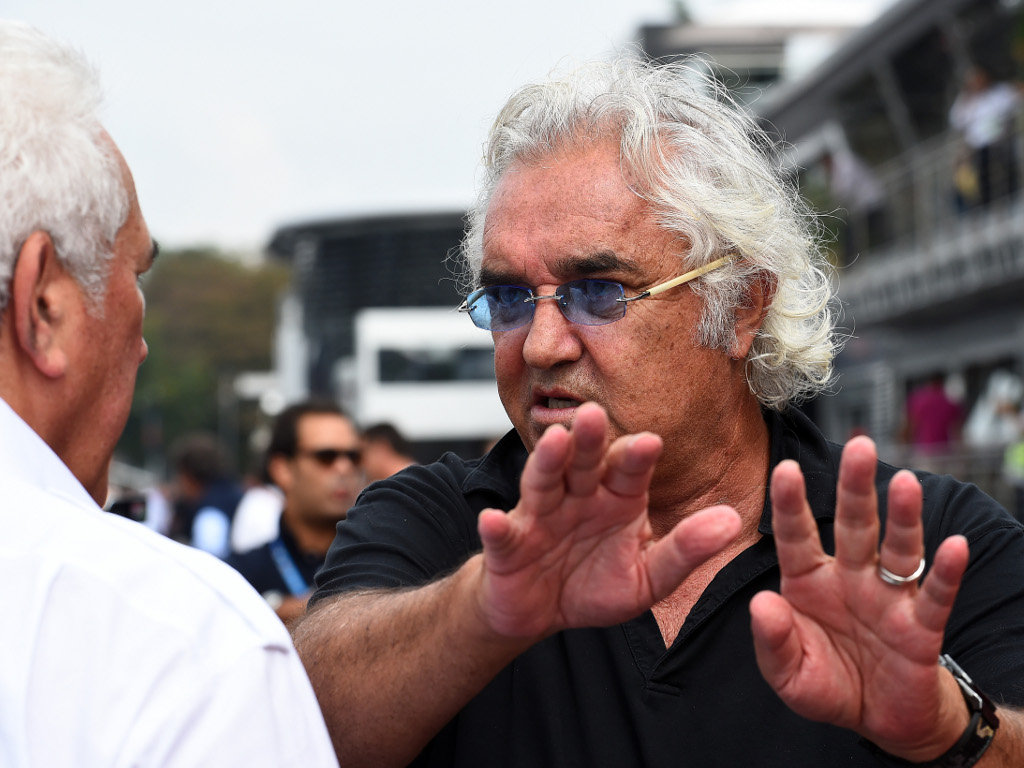 Flavio Briatore says F1 should be grateful for the Mercedes battle as it is the “only” thing bringing any excitement to this season.

The intra-team battle at Mercedes has dominated headlines this season as Nico Rosberg and Lewis Hamilton have traded blows.

While initially there was some close but fair racing that all changed last time out at Spa when the duo clashed and Rosberg was handed all the blame.

All eyes remain on the team-mates this weekend at Monza as those in the pit lane as well as in the grandstands wait for the next instalment.

And Briatore, who has often made his unhappiness with the new regulations well known, believes F1 should be thankful for their battle.

“Hamilton and Rosberg are the only ones who are bringing this Formula One to life,” said the former team boss.

“If they were more disciplined no one would be able to keep in touch with them, looking at Mercedes’ technical advantage.

“You can’t have avoidable incidents which put other people’s work at risk, but they are good enough to fight without accidents.”

The Italian added that Mercedes should have already chosen a number one driver and that it should be Rosberg.

“But for me there has to always be a first driver and a second. One wins the Championship and the other helps with the Constructors’ title.

“After three or four races you realise who is the first, the one with more points. It should be Rosberg in this case.”