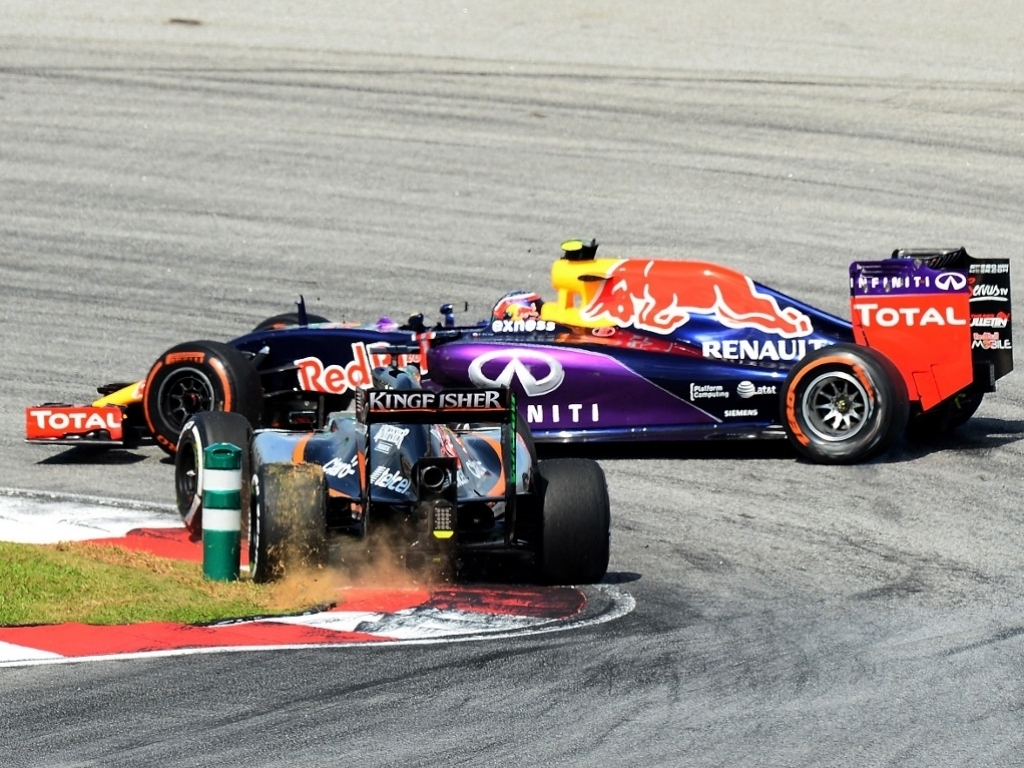 Force India's Nico Hulkenberg and Sergio Perez believe they were on the receiving end of unfair penalties in Malaysia.

Both drivers were slapped with 10-second penalties during the race for causing avoidable collisions and, to add insult to injury, they were also given two penalty points to their licences for the incidents.

Hulkenberg was involved in a tussle with Red Bull duo Daniil Kvyat and Daniel Ricciardo and he ended up making contact with the Russian, resulting in his double punishment.

Kvyat agreed "it was a racing incident".

"I was originally battling with Ricciardo and [Kvyat] comes inside and I went wide at Turn 1," Hulkenberg is quoted as saying by Autosport.

"Daniil didn't see me coming back across at Turn 2. I tried to pull out but it was too late and we made contact.

"He is turning in completely while there is a car next to him so maybe he should leave some room too, but maybe he didn't expect anyone to come through there."

Asked for his view on the penalty, the German replied: "I don't agree with it."

Perez, meanwhile, was punished after he tagged Lotus driver Romain Grosjean at Turn 12.

"To be honest I couldn't avoid it at all, it was just a racing incident," the Mexican said

"I tried my best to avoid him but it's a very fast corner and you are just so on the limit.

"I lightly touched him which was enough to spin him and they gave me a 10s penalty.
"I was quite surprised to be honest with the penalty as I didn't have anywhere to go.

"I actually didn't say anything to my team because I thought it was clear, I just kept going and then later they told me I had a penalty."