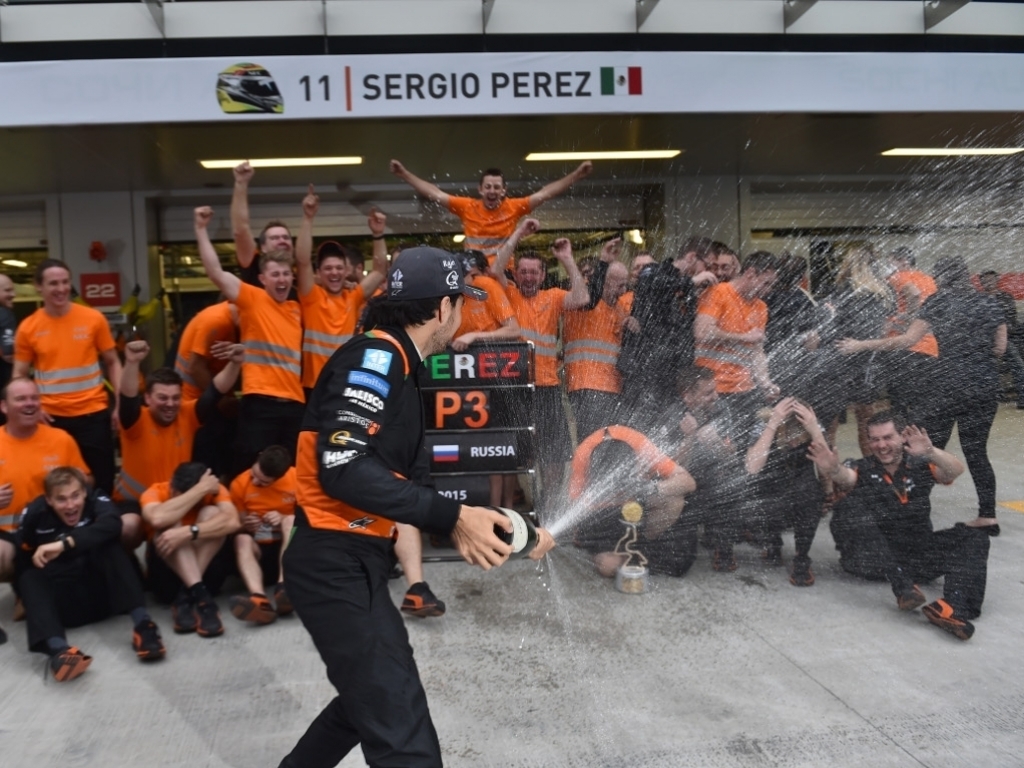 Perez claimed Force India's first top-three result of this season when he raced to third at the Russian Grand Prix.

It was a fantastic result for the midfield team, who further extended their advantage over Lotus in the battle for fifth in the Constructors' Championship.

Team principal Vijay Mallya said: "We travel to Austin full of energy and optimism following Checo's fantastic podium in Sochi. The car was strong, our strategy was good, and Checo didn't put a wheel wrong.

"You could see from our post-race celebrations just how much the result meant to everyone in the team and it's a welcome reward for everybody’s hard work this year. It's very satisfying to get some more silverware for our trophy cabinet at Silverstone.

"Over the winter I said that the target was to achieve podiums in 2015. That may have seemed like an over-optimistic objective, but ever since the introduction of the b-spec car I knew that we had the potential to do something special.

"We may have had a little good fortune in Sochi, but I believe you make your own luck and we worked hard to seize the opportunity and bring the result home."

The Indian businessman believes Perez's podium will ignite the "healthy competition" between the Mexican racer and his team-mate Nico Hulkenberg.

The duo, who will continue with the team into 2016, are ninth and 11th in the Drivers' standings with Perez 16 points ahead of his team-mate.

"There is a lot of positive energy in the team at the moment. We've confirmed both Nico and Sergio for next year and that continuity is important for us. They are very closely matched and they push each other hard. I believe that having healthy competition within the team is a good thing and will help drive the team even further forward."

Looking ahead to the United States Grand Prix, Mallya is hoping Force India can keep the momentum going.

He added: "The next race in Austin is one of my favourites. They always put on a great event and the fans show lots of enthusiasm for our sport. Luck wasn't on our side there last year, but there is every reason to believe we can be competitive this year and build on the momentum from Sochi."