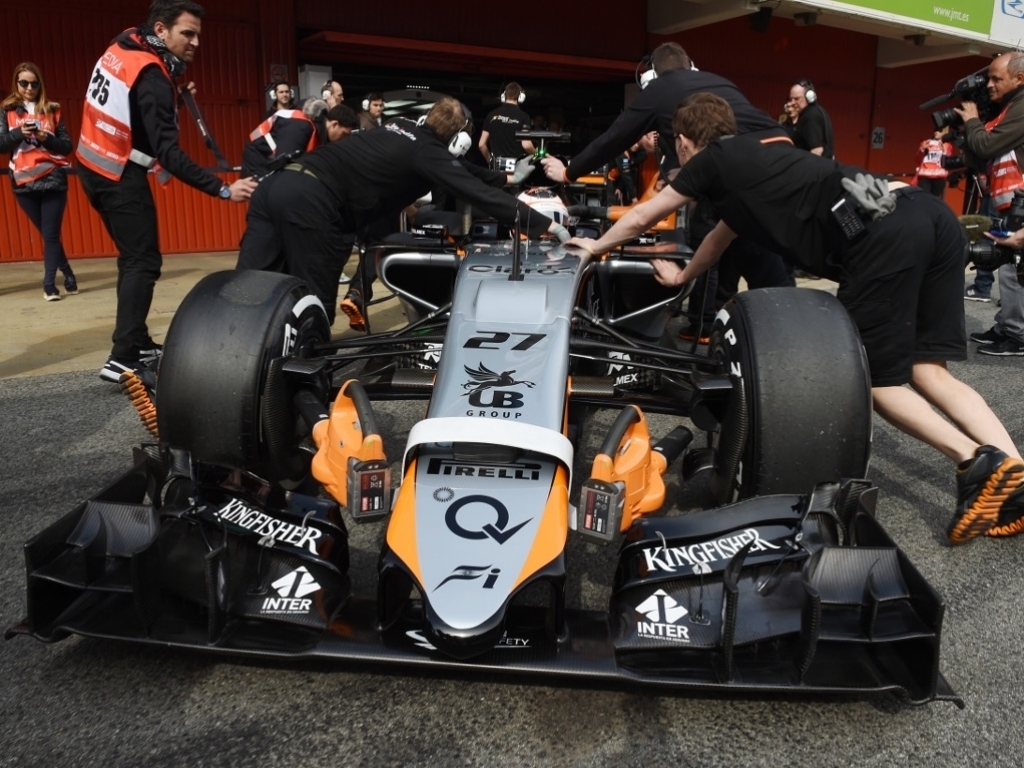 The German put the first laps on the new VJM08 at the Barcelona circuit on Friday, taking to the track in the hour before lunch.

Hulkenberg quickly put five laps on the car before going on to add another 72 in the afternoon.

"I can feel some areas where it's a bit better but some areas are quite similar.

"I think we have a good crew together and usually we learn quite quickly. In this case we have to learn quickly and then see where we can push ourselves in Melbourne."

Hulkenberg, who was ninth in last year's Drivers' standings, said he was happy that Force India were able to put mileage on the car on its debut and thanked the team for their hard work.

He told Reuters: "Just from a pure running point of view I think it was very good.

"Straight out of the box there was no issue, not one. Powertrain-wise and car-wise everything was good.

"We did 77 laps pretty much only in an afternoon, I think that's quite remarkable. The boys have done a good job there, pushing really hard over the last couple of weeks.

"Obviously we are playing catch up at the moment, doing the checks that everyone has done weeks ago. But as far as I can see it was a positive day."