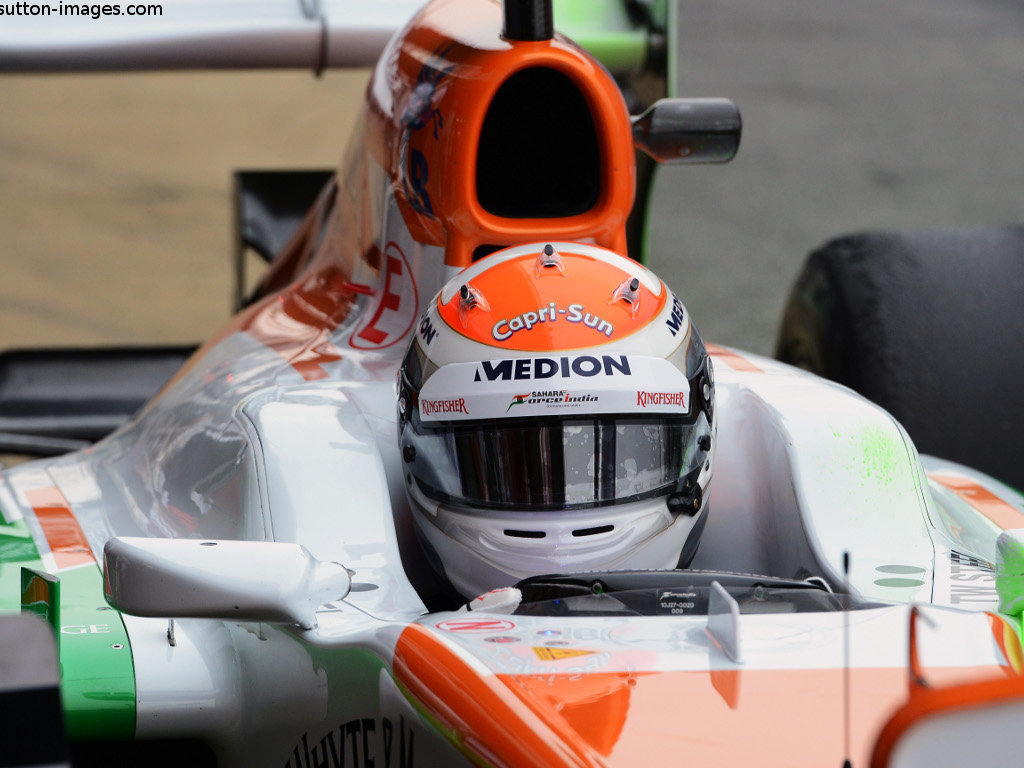 Force India will start the debate over Paul di Resta’s team-mate when this week’s test concludes but that doesn’t mean they’ll make a decision.

Adrian Sutil and Jules Bianchi are battling over Force India’s second seat for this year’s Championship with both drivers in action at the Circuit de Catalunya.

The team has insisted is not a shoot-out, however, deputy team principal Bob Fernley concedes the information gathered this week will be given to the board for them to make a decision.

“The one thing I can definitely guarantee you is that we’ll have two drivers by Melbourne!” Fernley told Sky Sports News.

Pressed as to whether Force India would make a decision ahead of next week’s final test, he said: “It would be good, but we’re giving everyone the amount of mileage they need.

“We’ll try and get all the information we’ve been collecting over to the shareholders this weekend and then it’s their decision.

“We want to make sure that it’s an even playing field for everybody and that, more importantly, they [Sutil and Bianchi] have got the opportunity to get used to the car.

“Obviously one of them will come through and we don’t want to disadvantage them in any way.”