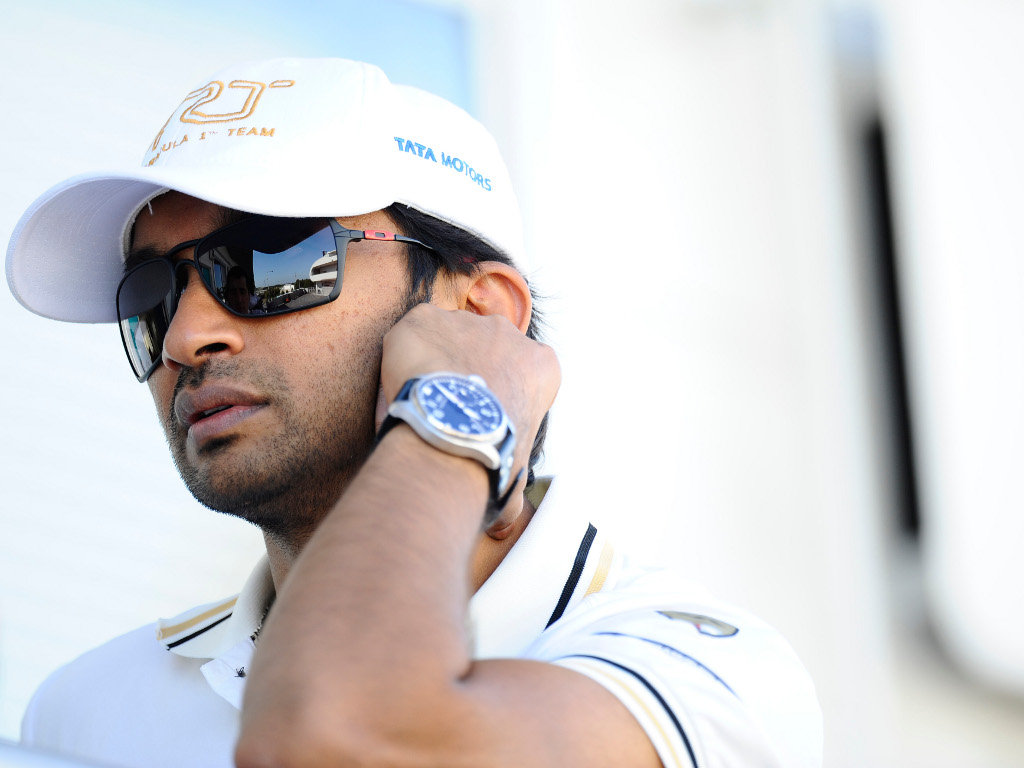 Force India have denied they have any plans to hire local talent Narain Karthikeyen, piling pressure on the HRT driver…

Force India have denied they have any plans to hire local talent Narain Karthikeyen, piling more pressure on the driver who could struggle to retain his spot next year with HRT-Cosworth.

Karthikeyan is trailing in 24th position ahead of his home Grand Prix this Sunday, spurring reports that HRT is weighing up its options regarding his place in the team next year.

And when McLaren driver and former world champion Lewis Hamilton said this week Karthikeyan could do much better if he got the opportunity to drive for Force India, tongues were set wagging.

But Robert Fernley, deputy principal of the team promoted by Indian liquor baron Vijay Mallya, has poured cold water on the notion saying the 35-year-old would not be on their minds when they sit down to finalise the driver line-up for 2013.

“Narain is an exceptionally competent driver,” Fernley told AFP ahead of Sunday’s Indian Grand Prix at the Buddh International Circuit in Greater Noida on the outskirts of New Delhi.

“If we put him in our car this weekend he could do better. But with all due respect to Narain, can he compete with and outperform our drivers? It is not his fault because he’s not had the opportunity that our drivers have had.

“Unfortunately that is the way it is,” added Fernley.

Karthikeyan’s HRT team is languishing at the bottom of the Constructor’s standings without no points.

“It is unfortunate that Narain is driving a slow car. Probably, it would do wonders if he were in Force India which is a pretty good team,” Hamilton was widely quoted as saying by the local media.

Force India, the first Formula One team to race under an Indian licence, have Scottish Paul de Resta and Germany’s Nico Hulkenberg in their ranks.