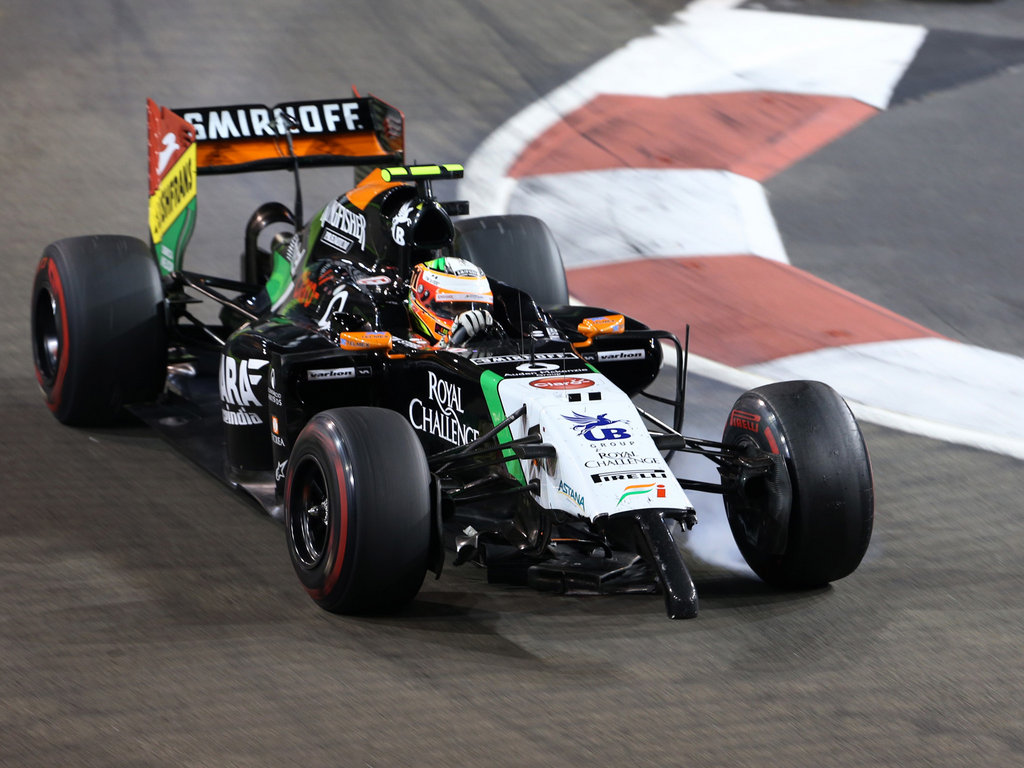 The Silverstone squad returned to fifth place in the Constructors’ Championship on the back of the Mexican’s P7 and team-mate Nico Hulkenberg’s ninth place.

However, for most of the race it looked like Perez wouldn’t finish in the top 10 after he was forced to make an unscheduled pit stop on lap 31 after breaking his front wing during a scrap with Adrian Sutil from Sauber.

The team, though, decided to pit him for a fourth time on lap 45 to put on a new set of supersofts and it proved to be decisive as he made his way up the field to finish seventh.

“The Safety Car brought it all back again, and credit to the engineering team, they took a courageous decision to bring him in,” Fernley told Autosport.

“At the time it looked quite outrageous, but it obviously paid off. It was a gamble and it could have gone the other way.”

Force India, though, didn’t make life easy for themselves as both Perez and Hulkenberg failed to make it into Q3 and it was always going to be difficult coming through the pack.

“We shot ourselves in the foot in qualifying – we didn’t do the best job we could have done, and it was a difficult race to see,” Fernley added.

“Nico did a fabulous job, because ideally we wanted to bring Nico in and do what we did with Checo.

“However, we had to have a banker out there and Nico was obviously the banker.

“We’d already got Nico in a position where he was clearly behind Jenson [Button] and we were minimising any damage.

“What helped us actually was the fact Jenson couldn’t get past [Valtteri] Bottas.

“Had he been able to do that and that train had unlocked, Checo wouldn’t have got through and Nico would have got that banker.

“Our heart was to bring him in as well, but we just couldn’t afford to take that chance.”