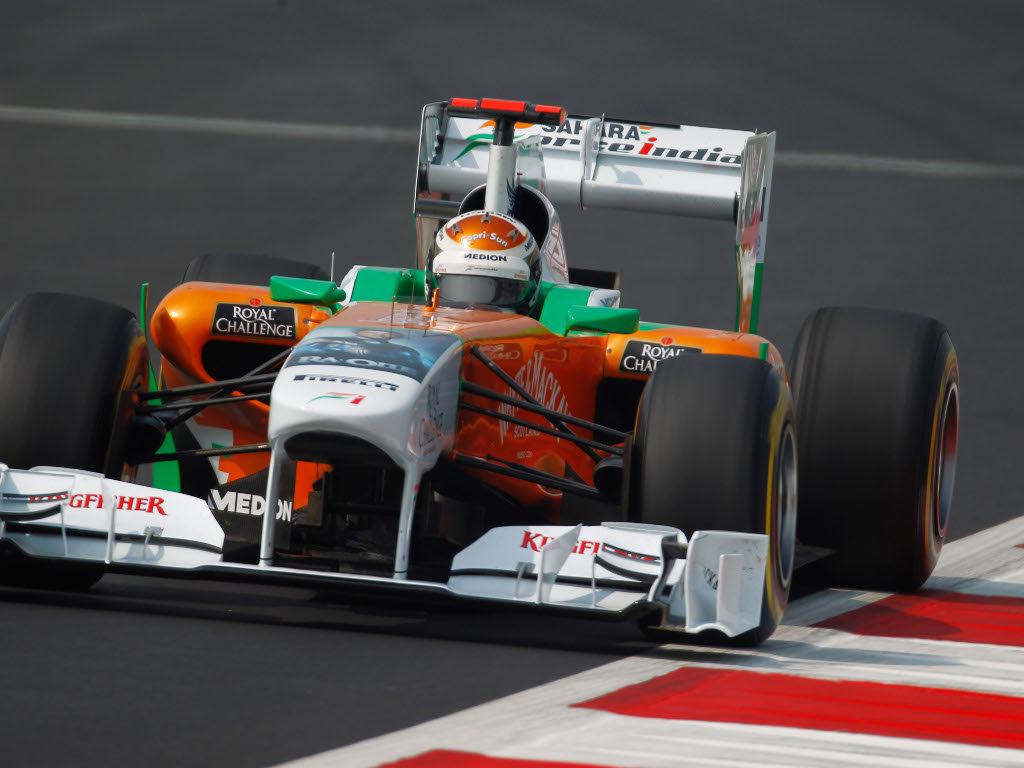 Adrian Sutil feels Force India should be “okay” in Abu Dhabi while Paul di Resta feels the team have reason to be optimistic.

Q. Adrian, how satisfying was it to get some points in Sahara Force India’s home race?
AS: “It felt really good and I think that was the maximum for us. I just lost out to the Toro Rossos because they were faster on the day. But I was happier with the balance than in Korea, so it’s clear that we made a little step with the car. Ninth position was two very important points so it was a good weekend.”

Q. It was a very busy week for you and the whole team – did you enjoy having all that attention?
AS: “It was very nice in the drivers’ parade, I could see all the people in the stands and they were really cheering for us a lot. It was a very special crowd, very unique. I haven’t seen so many fans for us at any other circuit. It’s definitely something I will remember.”

Q. What are your thoughts ahead of the Abu Dhabi race?
AS: “It was a difficult race for us last year, but I think this year it should be much better. There are long straights and hairpins, and it’s a track where low-speed corner performance counts. That should suit our car so I think we’ll be okay.”

Q. Paul, let’s look back on the Indian Grand Prix – a gamble on the strategy didn’t go your way, but a good result for the team…
PdR: “We always knew that we were going extremely aggressive with the strategy. It was a decision to cover our bases. We took this route based on the tyre data from Friday, but the conditions in the race turned out to be quite different. Sometimes it works for you and other times you have to take it on the chin. Other than that the speed in the race was strong. The big picture is our position in the Constructors’ Championship so it was important that Adrian picked up the points. We said all along that the fight for sixth place would go down to the wire and we need to continue delivering in the next two races.”

Q. Abu Dhabi won’t be a totally new experience for you, but you’ve yet to race there…
PdR: “I did half a day at the young driver test and then a full day for the Pirelli tyre test last year. So I’ve learned the layout and have a feel for the place. Before we get there I’ll have another half day in the simulator to get back up to speed.”

Q. What were your impressions of the track last year?
PdR: “It’s a very technical circuit with a lot of tight, low-speed corners and you need to be very precise with the car. There’s very little high-speed stuff, apart from the esses after turn one, but they are taken pretty much flat anyway. There are definitely some similarities with Singapore so that’s a reason to be optimistic because the lack of high-speed corners seems to suit our package. As ever, we have to see how the teams around us perform.”