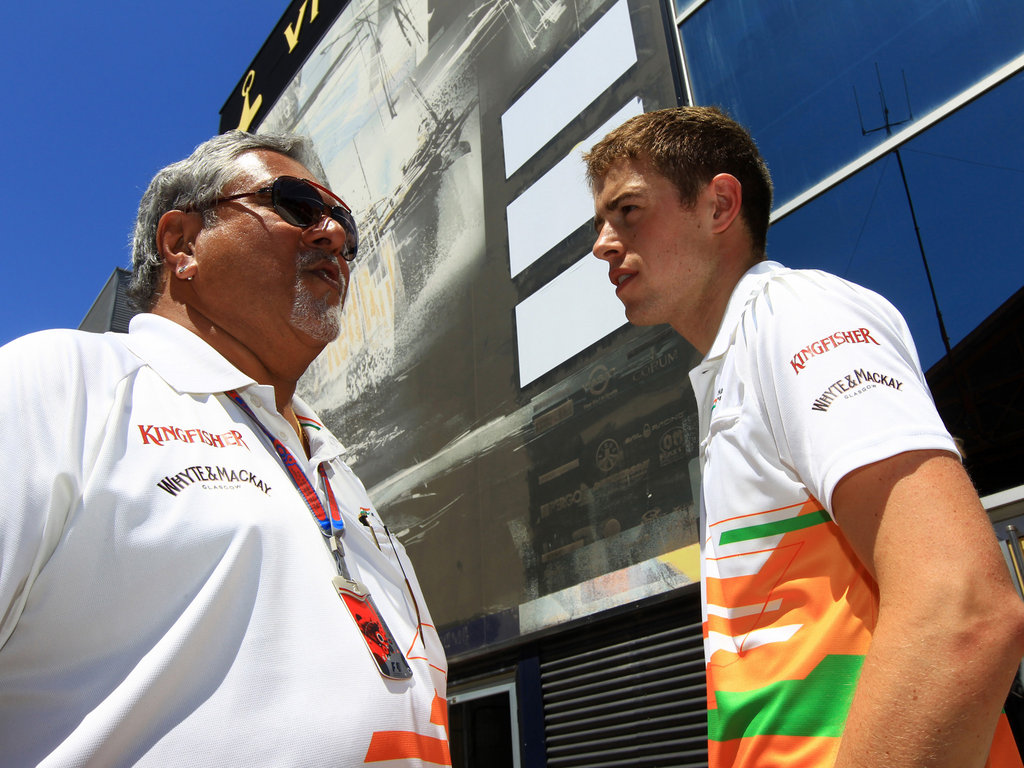 Force India are confident of a good performance in Brazil and is of the opinion that the track will suit them.

Paul Di Resta: It’s one of the most atmospheric weekends of the year. The fans are the loudest and very passionate about Formula 1. There are drums playing in the grandstands and a party mood all the time. It’s great to see and it definitely gives you a buzz.

Because it’s such a small track every hundredth and thousandth of a second becomes even more critical in qualifying. The lap has a very nice flow with a real variation of corners. There are fast sections, slow corners, elevation changes and off-camber parts of the lap. It may be small, but it has everything you need from a track.

In terms of points scored this has been my best season in Formula 1, but it would be great to round off the year with a special result. The weather forecast looks uncertain and it’s a track which always generates an interesting Grand Prix. It’s the final race for the V8 engines so I really hope we can end the era on a positive note.

Adrian Sutil: Sao Paulo is the complete opposite of somewhere like Abu Dhabi, but the atmosphere in Brazil is always amazing. It’s one of the historic races and the track only has a few corners, but every year it produces an interesting race.

One of the reasons is because the main straight is so long. It’s quite easy to follow a car onto the straight and there’s a big chance for slip-streaming. It’s also a difficult circuit to drive despite its short length. It’s bumpy and quite low grip, which makes it hard to get the perfect lap.

I want to finish the season well and help the team retain its position in the Championship. I had an unlucky weekend in the United States and there is no better way to forget it than with a strong result. I believe the track will suit our car and, should this be a wet race, we could be in a good position for a high-points finish.

Vijay Mallya: In the races leading up to Austin we had done very well with managing tyres and pulling off aggressive strategies. Last weekend, however, with the hard compound we weren’t able to manage the tyres in the same way and so our attempt with Paul did not pay off. As for Adrian, he was just unlucky, but accidents are part of the game and I am sure it will motivate him to finish the season well.

It was important that we secured such strong results in India and Abu Dhabi. As I said before Austin, it gave us some breathing space and we are still 24 points ahead of our nearest competitor. I think the odds are in our favour, but there’s no room for complacency: we need to make sure we get the job done in Interlagos.

The weather forecast is for some rain and that would introduce an element of unpredictability. That was the case last year when Nico [Hulkenberg] was leading the race, so we have good memories of Interlagos. It’s a lovely track too and I’m looking forward to it. It’s the last race of a long season and the end of an era before the new rules come into force next season.