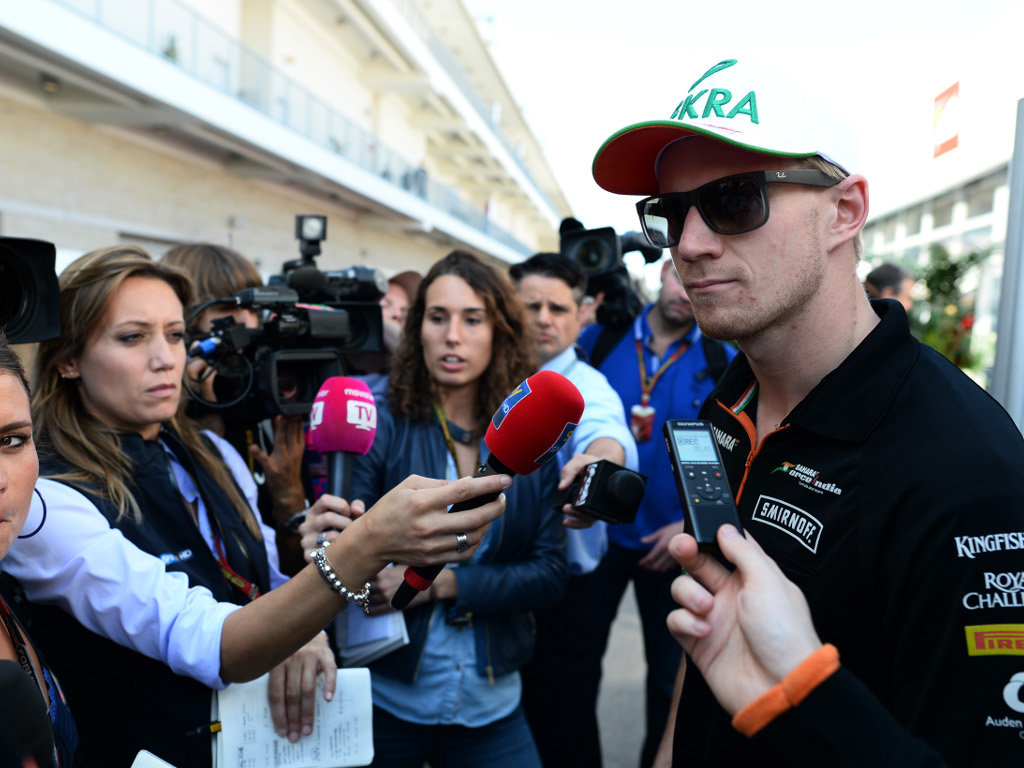 Sergio Perez has a penalty to take into account in Brazil and Nico Hulkenberg hopes to get a “special boost” again.

Nico Hulkenberg: “Brazil is always a highlight of my season and it’s one of the events I enjoy the most. If you look at my record at Interlagos it’s a circuit where I have always performed well. I enjoy the country, the atmosphere, the Brazilian lifestyle and all that surrounds the event seems to have given me a special boost in the past and hopefully it will happen again. Obviously this is a new year and we will need to prepare for this event well: Interlagos can always throw a surprise with the conditions and this could be a challenge for which we need to be ready.

“The track itself is a proper old-school circuit: you don’t have the vast expanses of more modern tracks, everything is bunched up together – it feels almost like a karting track. It’s a very cool layout with some iconic corners, and it has a lot of Formula One history.”

Sergio Perez: “Interlagos is a great track and makes for a very enjoyable weekend. The circuit is very rewarding to drive in an F1 car – you can attack in almost every corner and it requires absolute commitment. There are quite a few overtaking points and I have had some special battles there in the past. You have some very fast corners and a very complex middle sector: there are changes of elevation, cambers and it’s very twisty, it’s very difficult but it gives you such a great feeling when you get it right.

“Brazil is a great country to race in – the public has a real passion for Formula One and this creates a great atmosphere. The country has created so many big names in our sport, none more so than Senna: he was fully devoted to racing and was a unique driver and man. You can see his spirit lives on at this track and this is reflected in all the fans in the grandstands. The other thing I always remember about Interlagos is the traffic – it can be a bit of an adventure to get from the hotel to the circuit but it’s all part of the experience!”

Daniel Juncadella: “I’m very happy to be given another chance to drive the car this weekend in Brazil. I feel confident after my outings in Silverstone and Italy and I look forward to continue gaining more experience with the team. The Brazilian track brings back good memories, as I achieved two podium finishes back in 2008 when I raced here at the final two races of the Formula BMW American season, but I can’t wait to go back and see what it’s like to drive it in an F1 car! The fact that I know the track and that I’m not new to the team anymore will definitely be two positive elements that will allow me to focus on my driving and on doing the best job possible for the team straight away. After finishing my DTM season much stronger than we started it, I now look forward to my third FP1 outing and I’d like to thank Sahara Force India for this opportunity.”

Q. Vijay, the team was out of luck in Austin – do you expect a change of fortune this week?
VM: “The bad luck we experienced in Austin is part of the game and I’m pleased to say it’s very unusual to see our two cars fail to take the chequered flag. Our consistency and reliability have been strong for the most part of the year and we simply have to take a weekend such as Austin on the chin. Our battle for fifth in the championship is now a bit more complicated, but it’s not yet out of reach. It’s a shame that Checo will have a grid penalty in Brazil, but Interlagos is a track that lends itself to overtaking so hopefully he can recover some of the lost ground.”

Q. Brazil usually produces an interesting race and it’s been good to the team in the past…
VM: “The last time Nico H