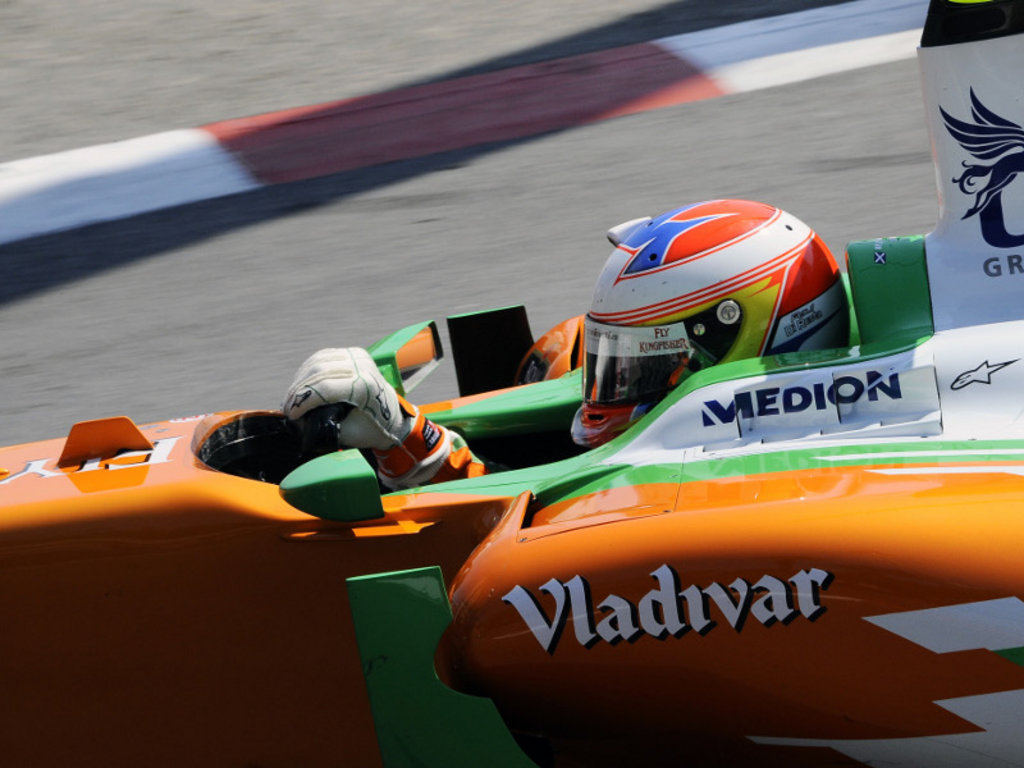 Force India hope to be challenging for more points in Canada after making a few “subtle detail changes to the bodywork” of their car.

Adrian Sutil: “I’m really looking forward to going back to Montreal. It’s a beautiful city, very international, and it’s definitely one of my favourite races on the calendar. I think everybody enjoys going there. That’s why I try to arrive a little bit earlier than usual to see some of the city and acclimatise to the jet lag.

“Although we’ve always been quite quick there, I’ve never really had great results in Canada. I scored a point last year, but without a puncture I know it could have been a much better result. We usually have good straight-line speed, which is very important in Montreal, but you also need a car that has good stability and grip over the curbs. I think experience is important there because it’s quite bumpy and the car moves around a lot, which demands a special way of driving.

“It’s a circuit that is good for overtaking because of the combination of straights and chicanes. And this year with the DRS I think we will see an even more interesting race.”

Paul Di Resta: “This year’s Montreal race will be a real adventure for me. I’ve never driven the circuit so the priority will be to get up to speed as quickly as possible and learn the track. On paper it looks like quite a straightforward circuit with long straights and chicanes, but you never truly know a circuit until you drive it for real.

“My preparation has included some time on the simulator. It’s clearly quite an unusual circuit where you need good top speed to be competitive. That’s why we run a special low-downforce package, which will be quite a new experience for me. I drove the car in this spec at Monza last year during free practice and the car feels quite different so I will need to get used to that.

“I said after Monaco that I felt disappointed. We seemed to be quite competitive in clean air and I think I missed a chance to score some points for the team. It would be good to get back in the points this weekend and that’s what I’ll be aiming for.”

Vijay Mallya – team owner: “Looking back on Monaco, I have to say how delighted I was to see Force India back in the points. It’s always a fantastic weekend – probably my favourite race of the year – and to see Adrian fight his way to seventh place was the perfect result after a difficult couple of races for the team.

“The six points scored will be important for our battle in the world championship because the teams around us are all very competitive. We have a real fight on our hands if we want to catch Sauber and we must continue working hard to maintain our advantage over Toro Rosso.

“Our attention now turns to Montreal, a venue where our cars have traditionally gone well. We have been busy in the wind tunnel developing the low downforce spec of our aero platform, which will hopefully allow us to challenge for more points. There are also a few more subtle detail changes to the bodywork as we continue to extract more and more performance from the car.”