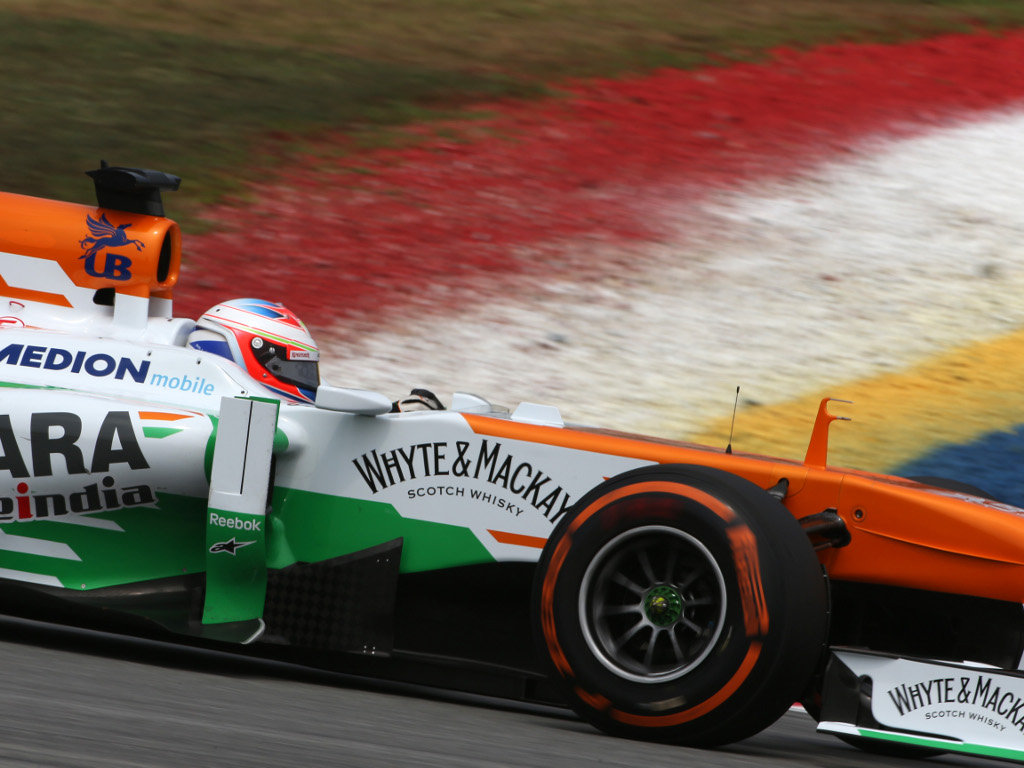 Paul di Resta:
Q: Paul, you head to China after very contrasting results in the first two rounds. How do you feel about this start of the season?
PdR: I am really looking forward to the next two races in China and Bahrain. We were unlucky not to get any points in Malaysia, but we can take some positives from the performance we showed on the track. We looked to be one of the fastest cars during the early part of the race. It’s a good sign for the rest of the season.

Q: What are your expectations for this weekend’s race?
PdR: The climate in China is very different compared to the first two races, but we’ve performed well in the cool conditions of Melbourne and in the heat of Malaysia. The team has had a sensible approach to the start of the season; we worked hard to get a good understanding of our package and we’re already reaping the rewards. The objective for China is to make up for the missed opportunity of Malaysia and be firmly back in the points.

Q: The team is currently fifth in the Championship. Do you think you can sustain this level of performance as the season progresses?
PdR: It is important not to get carried away and to keep doing our job at each race. We appear to be in a good position at the moment, but no one can say where we will be compared to our rivals after the next two races. We know McLaren are a very strong team and they will develop well, so all we can do is continue pushing hard to try and stay ahead of them. We have been doing a good job so far – better than many people expected – but there’s a long way to go.

Adrian Sutil:
Q: Adrian, the car was very competitive for most of the Malaysian weekend. How did the event unfold for you?
AS: The car was definitely quick, but I felt more comfortable in the dry and I struggled more during the wet part of qualifying. The start of the race was good: I was running in eighth position before my first stop, but that’s when things started to go wrong in the pits. It’s a shame we had the problem because the car felt very strong, but sometimes these things happen. Now we need to focus on the performance to try and repeat it in China.

Q: Are you confident that the car will be good in Shanghai?
AS:The layout is not too different to Sepang, so it should suit us again and I hope we can be strong there. Also, we know there are lots of areas where we can improve because we have learned a lot from the first couple of races. The other teams will not stand still so we need to keep pushing hard and keep up this momentum. We will have a new tyre combination in China – the soft and the medium – and we appear to be quite good at managing our tyres so we need to use that to our advantage.

Q: What about your thoughts on the track?
AS: It’s an interesting circuit, although it’s not one of my favourites. It’s modern, of course, and there are some unusual corners, such as turn one – the long right hander. You need to be perfect through these slow speed corners or you lose too much time. It’s wide and you can run some different lines through a lot of the corners, which is probably why it’s a track where you can overtake quite easily.