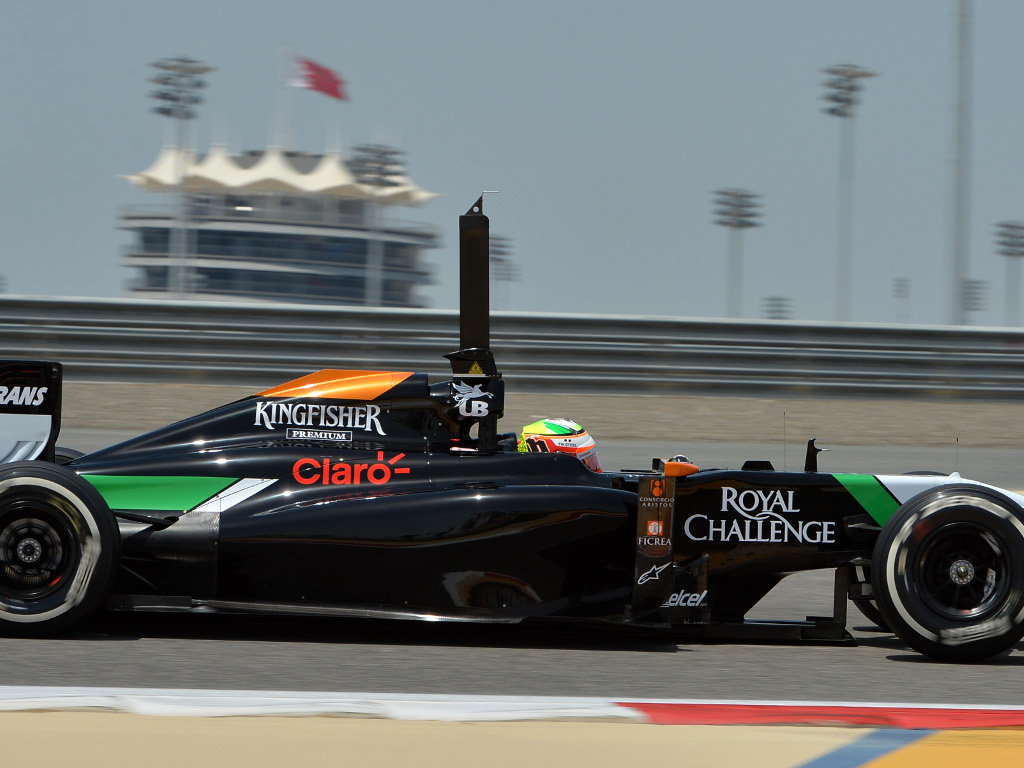 Force India head to China on the back of a podium result in Bahrain, dreaming of the possibility of another top-three result…

Sergio Perez:
Q: Sergio, it has been a week since your podium in Bahrain, sum up your feelings…
SP: “To get the podium in Bahrain was great. My last podium was a long time ago so to fight at the front again feels good. We knew we were quick and I made sure I grabbed the opportunity with both hands. It’s a great result for this team and a big boost of confidence for me.”

Q: You spent most of the race fighting hard with your teammate and then the Red Bulls in the closing stages…
SP: “It was a really tough race and there was never a moment to relax. It was a big battle with Nico, but I enjoyed it. The end of the race was hard and the safety car really hurt our two-stop strategy. The Red Bulls had the tyre advantage and I was close to losing the podium so I had to push hard to keep up the pace. I think it was a good race for the sport with lots of entertainment.”

Q: Does the podium change your expectations for the upcoming races?
SP: “The target is to move on, keep improving and target more podiums. Bahrain was the first real opportunity I had to develop the car through the weekend without any issues so it felt like my season really started there. Now we need to think about how we can do better in China. At the same time we must not get carried away because we know how competitive Formula One is and how things can change very quickly.”

Nico Hulkenberg:
Q: Nico, you’re third in the drivers’ championship after three races. You must be happy with your best ever start to a season…
NH: “If you had told me during winter testing that I would be in this position I would have taken it straight away. It’s definitely a nice surprise and as a team we have made the most of the opportunities with three consistent weekends. We’ve shown we have a good package and we have the hunger to keep fighting at the front.”

Q: You had some good battles in Bahrain. How enjoyable was the race from the cockpit?
NH: “Given where I started (P11), I was happy to be up there fighting for the podium. I think the key moment was the safety car, which really hurt our race a lot. We had done all our pit stops and I was going really well in fourth place just behind Checo. Then, after the safety car, things became trickier because the pack was bunched up and I had to fight really hard in the final few laps.”

Q: What are you expecting from this weekend’s race in China?
NH: “It’s hard to say for sure. We’ve performed well at all the tracks so far and they all had very different characteristics. So we can feel positive that the car will perform quite well in China. We are going there after the test in Bahrain and hopefully we can bring some more performance too. So I think we can aim for another competitive weekend and come away with some more points.”