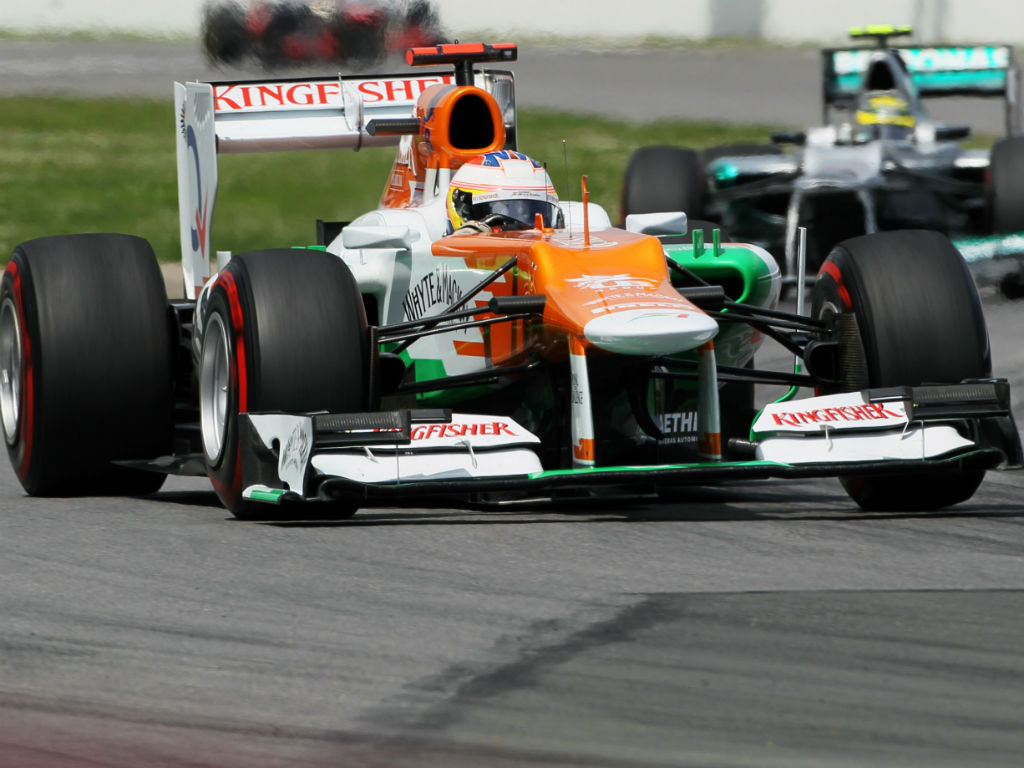 Paul di Resta admits it will be tricky to get the right set-up at Valencia while team-mate Nico Hulkenberg is eyeing an “enjoyable” drive.

Q.Paul, tell us about the challenge of racing on the Valencia street circuit?
PdR: “It’s a mix between a street circuit and a normal track and it’s got a lot of corners to go with it – maybe the most corners of any circuit on the calendar. The track is very smooth but it’s tricky to get on top of the set-up and if you don’t find the sweet spot it can make quite a big difference to your laptime across such a long lap.”

Q. Is it difficult to set the car up because of the variety of corners?
PdR: “The main challenge is to be strong in the low-speed chicanes and also through the high-speed end of the lap. There are some big braking zones too followed by big traction zones, so the degradation rate is quite high, which is why it’s hard to manage the rear tyres through the race.”

Q. And what about Valencia as a venue?
PdR: “It’s a fun place to visit. The city has nice architecture, some great restaurants and we stay next to the beach so I sometimes go for a jog in the morning. City races usually provide a good atmosphere on race day and there are always lots of British fans who come along and show their support.”

Q. What are your thoughts as you look back on the Canadian Grand Prix?
NH: “I was disappointed with the weekend as a whole because things looked promising on Friday. I was unlucky during qualifying and I think that stopped us from getting a better result from the race. The important thing is that we understand the issues we had in the race and we can solve them. I think if we were to race there again today we would get a lot more from the race.”

Q. Are you looking forward to racing in Valencia? What do you remember about your first race there in 2010?
PdR: “My race there in 2010 was not a particularly happy one. There was some bodywork burning away and I eventually had to retire. I’m looking forward to going back to Valencia because I like the track, even though we’ve seen how difficult it is to overtake there. The track has are a few special corners in the final sector of the lap and it’s enjoyable to drive. It’s also quite a long lap with 25 corners so it can be quite difficult to get a perfect lap together.”

Dr Vijay Mallya, Team Principal and Managing Director: “Looking back on Canada it’s fair to say that we have mixed emotions. We were disappointed with the overall outcome, but take the positives from knowing that we did have a quick car for most of the weekend. After a promising start to the race when Paul ran as high as fifth, everything dropped off and we underachieved. We have looked into the issues we had in the race and believe we understand why we lost out.

“I think Canada showed once again that Formula One is hard to predict at the moment. It’s seriously competitive with seven different winners in seven races, all of which is great for the sport – I would certainly go along with that. But while it’s hard to predict, we still need to lift our game, especially if we want to target fifth or sixth in the constructors’ championship. Yes, we’ve had one of our best starts to a season ever in terms of points scored, but the teams around us have also performed exceptionally well.

“The teams that we have been comparable with in the past few years like Sauber and Williams have been on the podium, and I’m sure our time will come, as long as we get things right. It’s something we need to do sooner rather than later because we are quickly approaching the midway point of the season. I hope we can recapture our form in Valencia, return to the points and demonstrate our potential.”