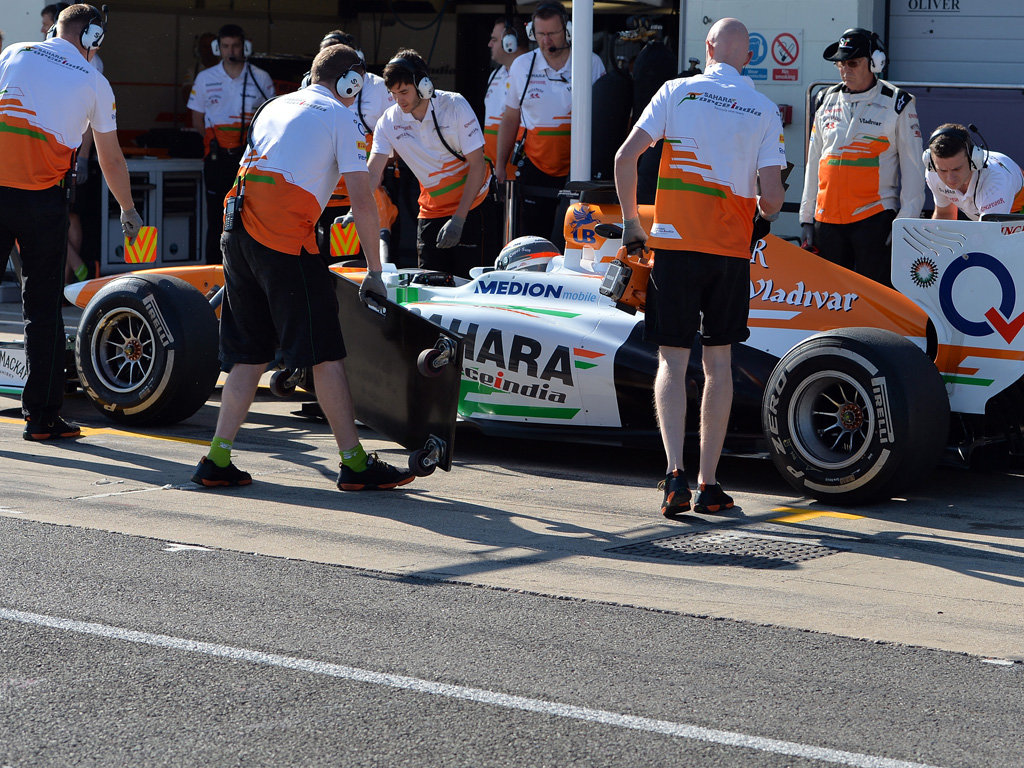 Paul di Resta
Q: Paul, Budapest brings us to the halfway point of the season. How are you feeling ahead of the weekend?
PdR: I’m feeling positive. At the start of the year it would have been hard to imagine that we would be fifth in the championship after nine races, but that’s what we’ve achieved. Every part of the team is working well and that’s been the key. There have been some missed opportunities, but we’ve always recovered well and been able to keep the momentum going.

Q: What memories do you have from your previous visits to Hungary?
PdR: I’ve always enjoyed going to Budapest since I first visited in 2010 when I was the team’s third driver. It’s an historic city and I usually stay very close to the river in the centre. It’s full of interesting places and great restaurants. My racing memories are mixed, but the 2011 race was an exciting one on a damp track. I finished seventh – which was my best finish in Formula One at the time.

Q: Tell us about the challenge of the track?
PdR: It’s very demanding physically and mentally because you are nearly always in a corner. The layout feels more like a street track and all the corners flow into each other so you need to find the rhythm of the track and build your confidence with each lap. By the time the track is fully rubbered in it feels very satisfying to drive.

Q: How do you rate your chances for this year’s race?
PdR: There’s no reason why we can’t be competitive. The big unknown is the new Pirelli tyres. It’s a big challenge for all the teams to try and get on top of them quickly. It’s hard to say if they will impact on the performance level of the teams, but we will go into the weekend with the same approach and then target Q3 on Saturday and points on Sunday.

Adrian Sutil
Q: Adrian, the Hungarian Grand Prix is your 100th race in Formula One. How does it feel to reach this landmark?
AS: It’s hard to believe how quickly time goes by! It’s a big milestone, for sure, but in the end it doesn’t really change anything. My goals remain the same as when I started my first event and that’s to win races. I still love the sport and I hope I can continue to drive these amazing cars for a long time.

Q: What memories do you have from your previous visits to Hungary?
AS: I’ve always enjoyed this event. It’s the mid-way point of the year just before the holidays and the weather is usually very nice. But it’s one of those places where I’ve not had much success. I’ve never scored points in Budapest so that’s the first objective this year.

Q: Tell us about the challenge of the track?
AS: It’s very tight and twisty and there are not many places where you can catch your breath, apart from the pit straight. It’s dusty, too, and the track takes a while to clean up on Friday during practice. We usually run with maximum downforce there because after Monaco it’s the slowest circuit on the calendar.

Q: How do you rate your chances for this year’s race?
AS: It’s difficult to say because it’s the first race with a new tyre construction. The track is tight and we need to qualify well because there are not many opportunities to overtake.