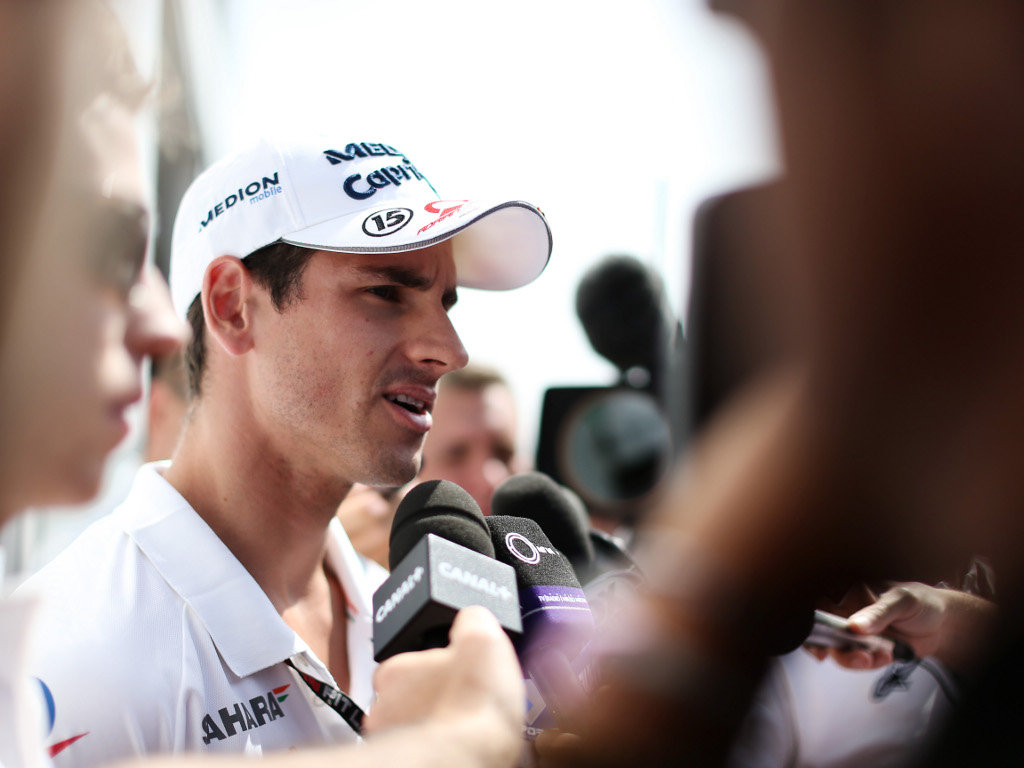 Paul di Resta looks to bounce back after his Spa disappointment while Adrian Sutil is determined to stay in the points.

Q. Paul, you were competitive in Spa, but unlucky in the race. What was your view on the overall performance?
PdR: “I feel we’ve certainly solved some of the issues we had in Hungary, but it’s also apparent that some teams have caught up with us, and I don’t think we’ve got the advantage that we had before. It’s going to be a fight all the way, especially with teams like McLaren taking a step forward, and it will be an interesting end to the year. We need to keep optimising the car and we’ve still got a bit more potential to unleash from the tyre situation.”

Q. Are you confident that the tracks coming up will suit the VJM06?
PdR: “I couldn’t honestly predict at the moment. Based on our past performance you’d say that Monza and Singapore are two of the stronger tracks for us. Going on Silverstone’s qualifying performance, you would say Suzuka might work well for us, but the tyres have changed since then so it’s hard to predict.”

Q. What about your hopes for this weekend in Monza?
PdR: “I’d like to say we can be competitive, but we have to see how it is when we get there on Friday morning. We had a very good qualifying session last year and we ended up fourth fastest so that’s a good sign for this year.”

Q. Adrian, you were back in the points at Spa – a good way to kick off the second part of the season…
AS: “I had to fight very hard for those points and I think that was the maximum we could get from the race. The encouraging thing is that our pace was a bit better than the previous race and I was able to overtake – that was the key to getting in the points.”

Q. Does the performance in Spa give you confidence for this weekend’s race?
AS: “The car is very efficient and we showed good top speed in Spa, so I expect the same this weekend. We are usually quick at Monza and I remember Paul qualified well last year. Also, it’s the track where I got my best result in Formula One in 2009 so historically it’s one of our best tracks.”

Q. What is your approach to the remaining eight races?
AS: “I’m always positive. We got points in Spa, but the next race is a new chance and we’ve got to keep scoring. The races coming up are very nice with some classics tracks: Monza, Singapore, Suzuka. They are some of my favourites tracks and I have a good feeling for this part of the season.”

Q. The team picked up two points in Belgium. What was your view on the team’s performance?
VM: “We could have had both cars in the points, but for the unfortunate incident where Paul was taken out by Maldonado. Nevertheless it’s good to be in the points in the first race back after the break. We’ve still got some more work to do because McLaren got ahead of us, but they are only four points ahead and that’s not too much to catch up.”

Q. How do you see the championship battle going forward?
VM: “I guess it will be a neck and neck race. McLaren have obviously spent a lot of time working on this year’s car and they have improved significantly. We’ve stopped the development of the 2013 car and have focussed mainly on 2014 because there are so many technical challenges for next year. So we need to extract the best of what we have to maintain our competitiveness going forward for the rest of the season.”

Q. There’s been speculation linking James Calado with the team. What’s the situation?
VM: “I’m pleased to confirm that we’ve signed James as our third driver. We worked with him during the Silverstone test and he impressed everyone with his speed and consistency. We’ve always tried to support young drivers and this is a great opportunity for James to gain some valuable experience of driving during Formula One race events.”

Q. What’s the plan for James this weekend?
VM: “James will take part in the opening free practice session on Friday. He will also run in practice at several other races this year. It’s always useful to get another driver’s feedback on the car and it will help us evaluate James.”

Q. What about Monza? Can the team perform well there?
VM: “Like Spa, the track suits us, so we hope to be able to capitalise on that. But, as I’ve always said, my direction for the technical team has been to develop a car that is competitive on all tracks, which is something we have achieved for the last few years.”