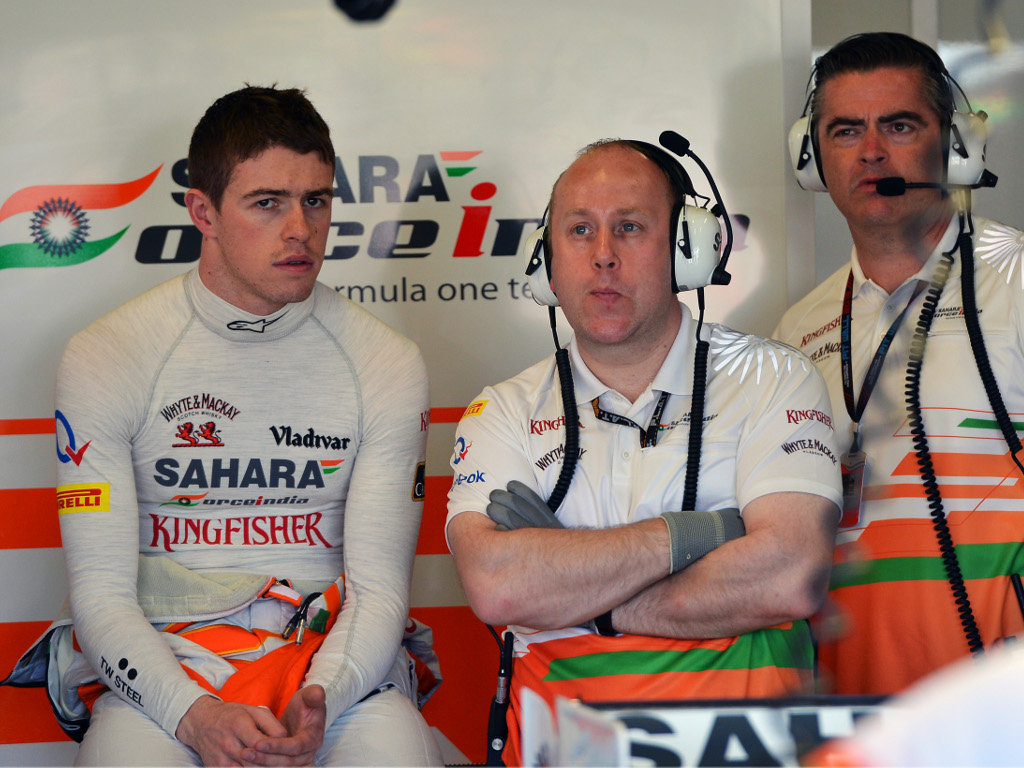 There were plenty of positives for Paul di Resta and Adrian Sutil in Australia and naturally they want to build on that in Malaysia.

For all the latest F1 odds on the Malaytsian GP, the second round of the 2013 F1 Championship, visit Sky Bet.

Q. Paul, what’s your overall feeling about finishing eighth in the first race?
PdR: “It’s positive to have four points on the board already, but it’s a shame I was stuck behind Jenson at the beginning of my second stint. He was running a three-stop race and essentially that’s what lost me a lot of track position. We’ve got some things we need to pick up on and we can definitely make some improvements, but we’re in a good place to start the season. Also, we’ve seen already that we can make a stop less than some of our competitors so let’s see if that remains the case in Malaysia.”

Q. Any thoughts on Malaysia?
PdR: “You never know what to expect! It could rain, or it could be dry. Temperatures are going to be high, degradation is going to be high, but I think our car is going to suit the warm weather. We’ve had a reasonably strong performance for the last couple of years in Malaysia, so I think we should go there feeling quite optimistic. We have a few days to conquer the jet lag and hopefully be fighting fit.”

Q. Is it a track you enjoy?
PdR: “I think it is probably one of the most complete tracks of the season. It was the very first of the new generation tracks and it has nice flowing sections, some slow bits, as well as high-speed chicanes. I think it’s one of the better tracks on the calendar. Along with the next one in Shanghai, it’s one of the tracks I enjoy.”

Q. Adrian, you had an incredible race in Australia. How would you sum it up?
AS: “It was a great feeling! We were on a different strategy and we knew we would probably go to the front quite early in the race, but we never expected to be leading for such a long time. It was a surprise for everyone and even more of a surprise that we could keep all the cars behind us while doing really competitive lap times. I actually pulled away from Vettel at one stage in the race. I knew the car was fast, I felt good, I felt confident. On the supersofts I had to give up a few positions, that was normal, that was our strategy because you had to be on them at least once. But I’m not disappointed at all, seventh place is a good way to start the season.”

Q. You’ve fought with drivers from the top teams before, but in the rain or other unusual circumstances. Is it different when everyone is flat out?
AS: “In the rain it’s easier sometimes to be at the front and race with the top teams, but in the dry it’s more difficult and normally never happens. It’s amazing to see that it was possible in Australia and don’t forget that Nico [Hulkenberg] led for this team at the final race of last year too. There are opportunities, and if you believe in it, you can take those chances. If you don’t believe you can win, you will never win. It’s just an approach, I think. It’s important to set your mind. It’s sometimes hard because we are usually in the midfield, but you should always think a step further.”

Q. Any thoughts on going back to Malaysia?
AS: “I finished fifth in 2010, so I have some good memories. It’s not my favourite track, but it depends on the car. If the car is quick and stable, you enjoy it more, but sometimes you really struggle with the balance, and then it’s a real challenge – the corners are so long, you need a lot of aerodynamic grip. It’s a track I like to drive, but it’s not like a Monaco or a Spa. I don’t really know what effect the high temperatures will have because we haven’t had them during testing. I think the weather in Australia suited us quite well, so let’s see how Malaysia is.”

Vijay Mallya – team principal: “The first back-to-back races of the season mean we are already heading to Malaysia for the second round of the Championship. We have scored points in Sepang the last three times we raced there, including a double-points finish last year, and I believe we can build on the early-season momentum to bring home a valuable result.

“Last weekend’s race in Melbourne was a great demonstration of how far the team has come lately: to race against the established front-runners on merit shows the quality of our car, of our driver line-up and of the work everyone in the team is producing every day, whether at the factory or at the circuit. We have led the last two races and hopefully soon we will have a special result to repay all that effort.

“With improved results come increased responsibilities: the whole world of Formula One – our rivals, the media and the fans – now look at Sahara Force India as a competitor for points at every race. It is our duty to sustain this scrutiny by going out every day and performing to our best to keep challenging the top teams in the world.

“The 2013 Championship is just at the beginning, and it is important not to get carried away with enthusiasm: we will need to channel this positive energy into consistently good performances and continue to improve. We are on a good road, and we must all keep progressing.”