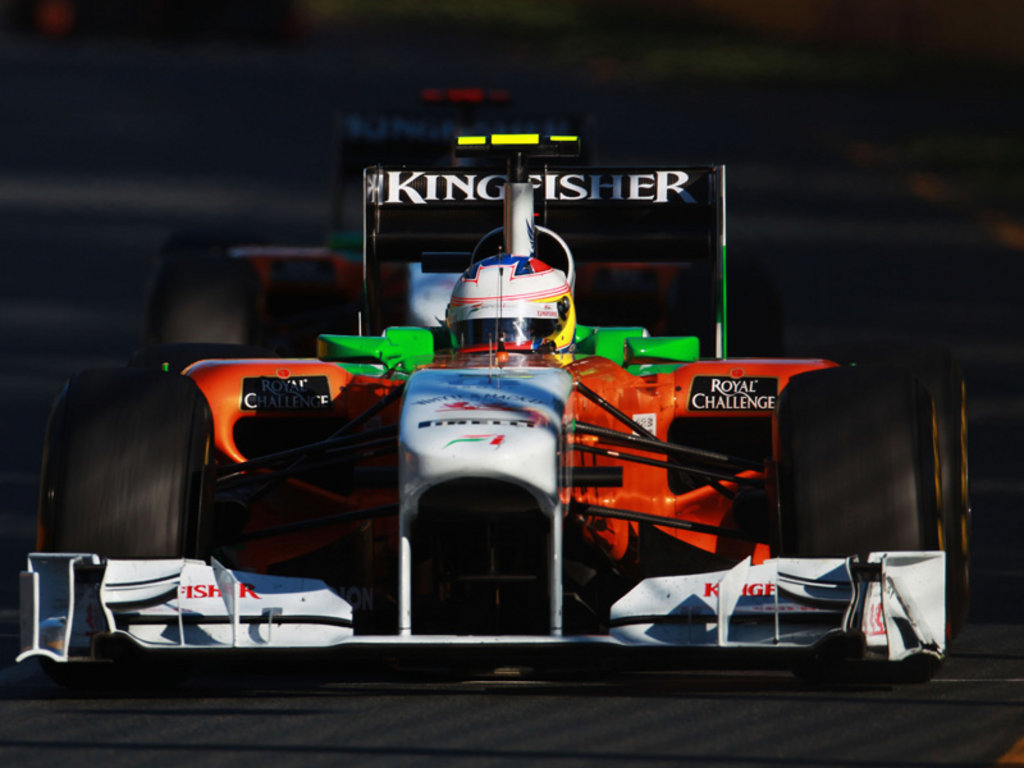 After their double top 10 finish in Australia, Force India are hoping to see both cars in the points again in Malaysia this weekend…

After their double top 10 finish in Australia, Force India are hoping to see both cars in the points again in Malaysia this weekend.

Q. Adrian, what was your verdict on the Australian Grand Prix weekend?
AS: “It was quite an interesting weekend I think! Everybody thought that it would be challenging with the tyres, wing, all the buttons and everything you had to do. The car was not so bad as we had expected as the pace was not there during testing in Barcelona. But here it was much better; in qualifying and in the race both cars finished in the points, so overall it was a good team result.”

Q. How do you think the VJM004 and Pirelli tyres performed?
AS: “Our car performed quite well. We didn’t have too high expectations after the last test, so our main target was to finish the race. We achieved that with both cars and even scored some points. I’m very happy about this result and hope it continues like that for the next races. The Pirelli tyres performed very well and they did a very good job in general.”

Q. You had a great race at Sepang last year with a P5 finish, collecting championship points. Is it a track you enjoy?
AS: “Malaysia was a great race last year, one of my best results, so I am really looking forward to racing there again. It’s a challenging circuit and with a good balance on the car you can definitely enjoy driving it. It is also usually an interesting weekend from a strategy point of view because you don’t know how the rain is going to affect the teams, so it is challenging, but exciting too.”

Q. Paul, how was your first Force India F1 racing weekend?
PDR: “It was a fantastic experience, one I have waited many years for, and it was better than I could have imagined. I think it all worked out beyond our expectations in terms of performance and we have some exciting times ahead, hopefully, when we start to see the new aero packages coming through. We have got off to a good start with a double-points finish in the Constructors Championship; we could not have asked for more than that.”

Q. What are you doing this week to prepare for your next back-to-back races?
PDR: “I was in Europe for some simulation work, an engineering session with some new upgrades scheduled, followed by race prep for Malaysia and China to get into the finer details of set-up. I’m going to Malaysia early this week to do some training in the heat and to acclimatise to the time difference.”

Q. You have driven at Sepang before, what are your thoughts of the track?
PDR: “I participated in FP1 last year, but did not complete a great deal of laps. I really enjoyed the track, although the heat and humidity is much tougher than anywhere else we drive on the calendar. It will be interesting to see how we perform there and I am very much looking forward to my second race with the team.”

Q. Nico, how was your first Friday session and Grand Prix weekend with Force India?
NH: “My session was a bit tricky with only one set of tyres, but I enjoyed it and we could gain some useful data, so it was a positive session after all. During the other sessions it was sometimes hard for me, because seeing the others drive I’d rather have sat in the car as well! Anyway, I am happy with the result and three points achieved at the opener is a good result for the team.”

Q. What were you doing between races?
NH: “I was in Emmerich with my family for some days, but there isn’t too much time as we will depart for Malaysia at the beginning of this week.”

Q. How would you review the Australian Grand Prix?
VM: “We were confident about our reliability ahead of the first race in Australia, but we were eager to continue work on improving our race pace during the free practice sessions. We can now expect our cars to finish among the top 10 and in the points. Both drivers drove exceptionally well and to score points from the start of the season is very encouraging. We shall be able to make some further developments to our race pace over the coming weekends, although I’m pleased with the progress of the VJM04 and all the hard work by the team at the factory. I am very much looking forward to the next race where I’d dearly like to see both cars coming home in the points once again.”

Q. On this current form, what are you now expecting in Malaysia?
VM: “I think we have every reason to be confident, but the weather often plays a big role over the Malaysian weekend. Adrian drove a great race there last year and brought home 10 championship points, so we have something good to build on. The VJM04 has shown us that we are capable of being in the points already, so let’s hope we have a clean race this week with no incidents.”