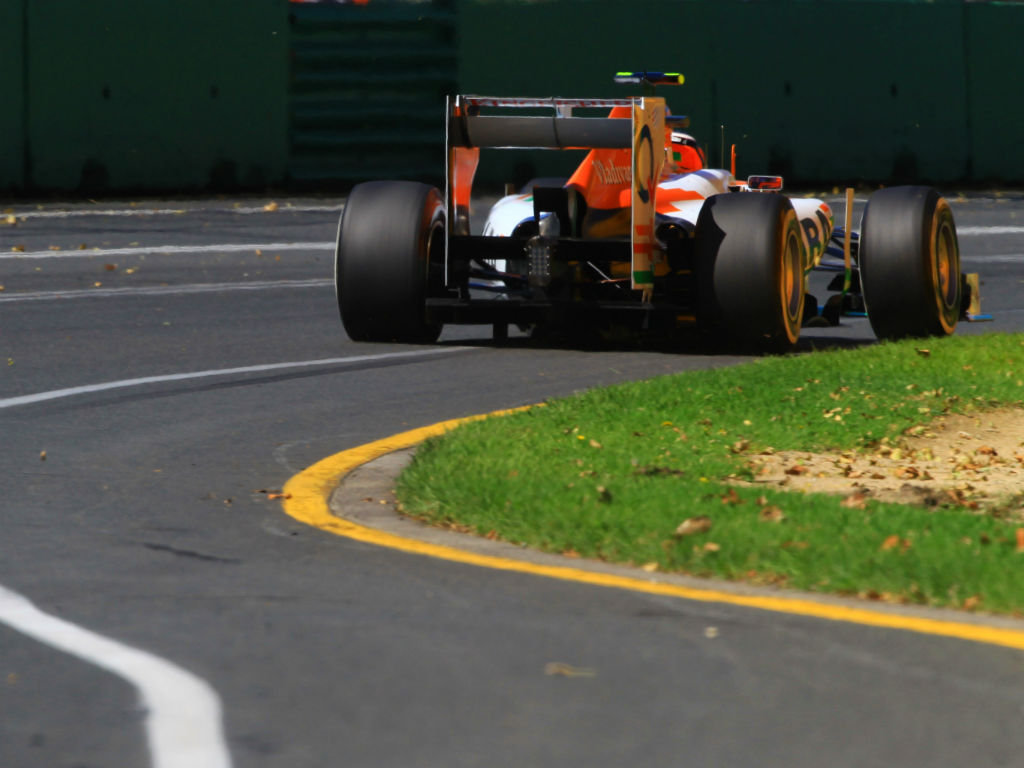 Paul di Resta hopes to stay in the top 10 after sneaking into the points in Melbourne while Nico Hulkenberg wants to make up for some lost ground.

Q. Paul, you got your season underway with a point in Melbourne – do you think you can deliver a repeat performance in Sepang this weekend?
PdR: “That will certainly be the aim. We picked up a point in Melbourne at the very last moment, but we were quite fortunate with the way the last lap unfolded and so it was a nice surprise. As I said after the race, we struggled for consistent race pace in Melbourne and it will be interesting to see if we can improve on that this weekend on a circuit with very different characteristics.”

Q. How have you spent your time between the two races?
PdR: “I left Melbourne on Sunday night because it was important to get to Malaysia and start acclimatising as soon as possible. Sepang will be a tough fitness test and I’ll see how well the work over the winter has prepared me. I definitely feel in good shape at the moment.”

Q. Would you say the Malaysian Grand Prix is the most physically demanding race of the season?
PdR: “It’s up there alongside Singapore as one of the toughest races of the year, simply because of the heat and humidity. While you are driving it’s not too bad because you get some air flow through the car, but you really feel the heat when you’re sitting in the car in the garage with the heat soak from the engine and the tyres. That’s when you’re most uncomfortable in the cockpit.”

Q. Nico, what better way to put a disappointing race behind you than by getting back in the car just five days later…
NH: “I’m glad that we have back-to-back races because I just want to get back in the car. Seeing how the race developed it was frustrating not to be out there fighting for points, but it wasn’t meant to be. I’m now fully focussed on Malaysia because there’s no point thinking about what might have been.”

Q. Do you feel you have to make up some lost ground in Sepang because of your lack of mileage in Melbourne?
NH: “The way the Melbourne weekend unfolded means that there are still a lot of questions to which I don’t know the answers yet. That’s because I didn’t do the usual heavy fuel runs in the wet on Friday and I didn’t get a feel for the performance of the tyres over long runs. All I can do is rely on the feedback from Paul and his race data, and try and learn as much from that.”

Q. Tell us your thoughts about the Sepang circuit?
NH: “The lap has a nice variation of high and low speed corners and there are two long straights. So you have to find the right balance between top speed and having enough downforce for the corners. The high temperatures and the track surface also result in quite high tyre degradation so it’s important to find a race set-up that is quite easy on the tyres.”

Dr Vijay Mallya team principal: “The Australian Grand Prix was certainly an action-packed race and good viewing for the fans. It’s just a shame that we got caught up in some of the drama when Nico was taken out on the very first lap of the race. These things happen in racing, but it was a cruel end to an excellent weekend for him.

“Paul’s race was strong and he did well to pick up the final point. It’s difficult to judge much from the first race, but we have learned a lot from Melbourne and we will try and improve our race pace consistency this weekend in Malaysia.

“What is clear is that all the teams around us are very closely matched in terms of absolute pace and even the smallest mistake in qualifying or the race can cost you several positions. It will be very competitive in the midfield, just as we predicted during the pre-season.

“Sepang this weekend should be another good indicator of where we stand in the pecking order. I’m optimistic that it will suit the characteristics of the VJM05 more than Melbourne and that we can remain in the hunt for points.”