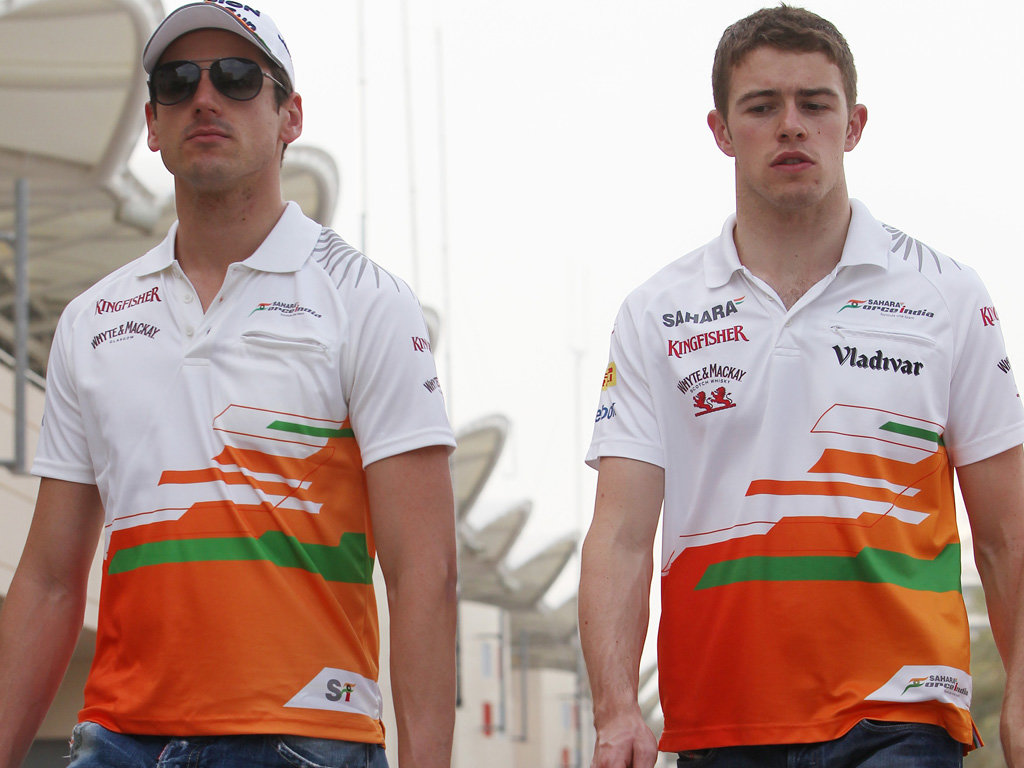 After showing plenty of promise in the first four races, Force India are determined to once again fight with the big teams in Barcelona…

After showing plenty of promise in the first four races, Force India are determined to once again fight with the big teams in Barcelona.

Q. Paul, you’ve enjoyed your strongest start to a season – what’s your feeling after four races…
PdR: “We’ve got to feel very happy with how things are going and I want to congratulate everybody in the team. We took a very sensible approach to the winter and focussed on understanding the key areas that drive performance, which seems to have paid off. It’s important to pick up good points early in the season against our competitors and to be ahead of McLaren after four races is a credit to the team and a nice feeling. Of course we want to be on the podium and it was very close in Bahrain, but I’m sure it will come soon enough.”

Q. Do you feel you have a car that will be competitive on any type of circuit?
PdR: “The car is performing well, especially in the heat, and we were also strong in the cooler conditions of China – so that’s a good sign. The key is making sure you find the right operating window whatever the conditions because that’s what makes the difference. We need to keep doing what we’re doing, but at the same time we know the return to Europe always sees every team bring more upgrades. Hopefully we can stay fighting with the big teams and keep picking up the points.”

Q. With two tests already completed in Barcelona do you feel well prepared ahead of this weekend’s race?
PdR: “I guess we have more data around Barcelona than anywhere else, but at the same time the temperatures will be much higher at this time of year. So I’d expect that to change things quite a lot and impact on the tyres. Also, it’s one of those tracks where you’re constantly chasing the right aero balance to cope with the long, high-speed corners, especially turn three. But when you come to the end of the lap you need the mechanical grip for the hairpins and chicanes.”

Q. Adrian, four races in, how do you sum up the start of 2013?
AS: “The start of the season was good, especially if you consider I had only two or three test days to prepare. Australia was a strong race and the best way to come back to Formula One. Since then I’ve been unlucky with being hit in China and the puncture in Bahrain, and I definitely missed out on a few good points. On the other hand there are lots of positives, especially the performance of the car and the experience of the races. It is still early in the season so there is more to come and the car is really fast. I’m sure we can recover the points we lost in the last few races.”

Q. How hard is it to accept the disappointment when you’re simply in the wrong place at the wrong time – as was the case in China and Bahrain?
AS: “These things happen all the time in Formula One – sometimes you benefit from them and sometimes it goes against you instead. They all balance by the end of the year. I try not to spend too much time thinking about the negatives, I try to move on and focus on how to do better. If something happens, I think whether I did anything wrong, learn from it and avoid doing it again.”

Q. What do you expect from the upcoming race in Barcelona?
AS: “I know Barcelona really well from all the testing we’ve done there over the years. It is important, after three difficult races without points, to finish the race without any incidents. If I do that, I should have the pace to be among the front-runners. I have to do my job, avoid mistakes and hopefully my luck will change. Wherever we have gone so far, the car has been competitive, so the next few races should see us scoring points and close to the podium.”