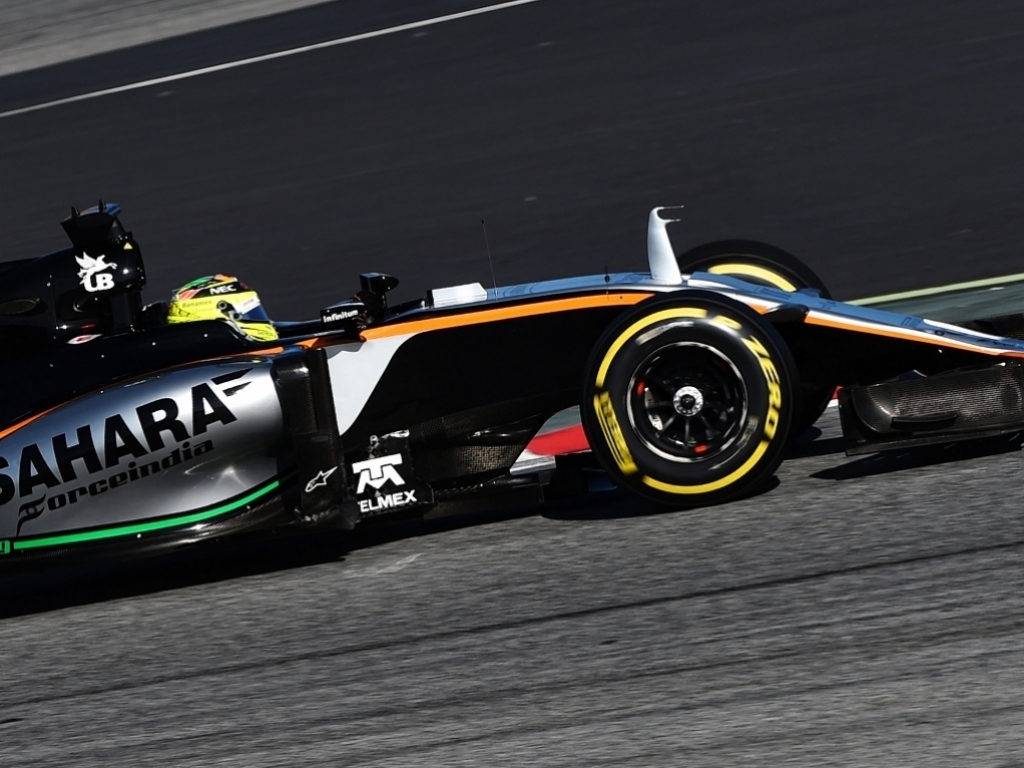 Force India driver Sergio Perez said the final day of testing in Barcelona, this week, was not the easiest he had dealt with during the Formula One pre-season.

"It was not the easiest day as the conditions were very windy right from the start. The morning programme went to plan but during our long run in the afternoon we lost drive and the car stopped on track," Perez told the Force Indian website this week.

Force Indian reports that Perez set the fourth fastest time of the session, and that 60 laps were completed during that period, before there was an early stoppage. Perez was satisfied with the outcome, despite some of the difficulties experienced.

"We still managed 60 laps today and overall we've learned a huge amount from the last two weeks. It feels as though we are quite well prepared for Melbourne and I can't wait to get back into racing mode," added Perez.

"Today's programme was fairly similar to the one we completed yesterday and it was a way to go through the all-important final tests with Sergio ahead of the season," he said.

"Our race simulation ended early with a technical issue, but we still managed to gather the final bits of data we will need to analyse in the days leading up to the first race in Melbourne. Up until the stoppage, it had been a successful eight days of testing; nevertheless, we feel well prepared going into round one with the VJM09 having covered nearly 4,000km. This was possible thanks to the work done by everyone in the team, both trackside and back at our headquarters in the UK. The winter months require a huge effort but now we are ready for the season."