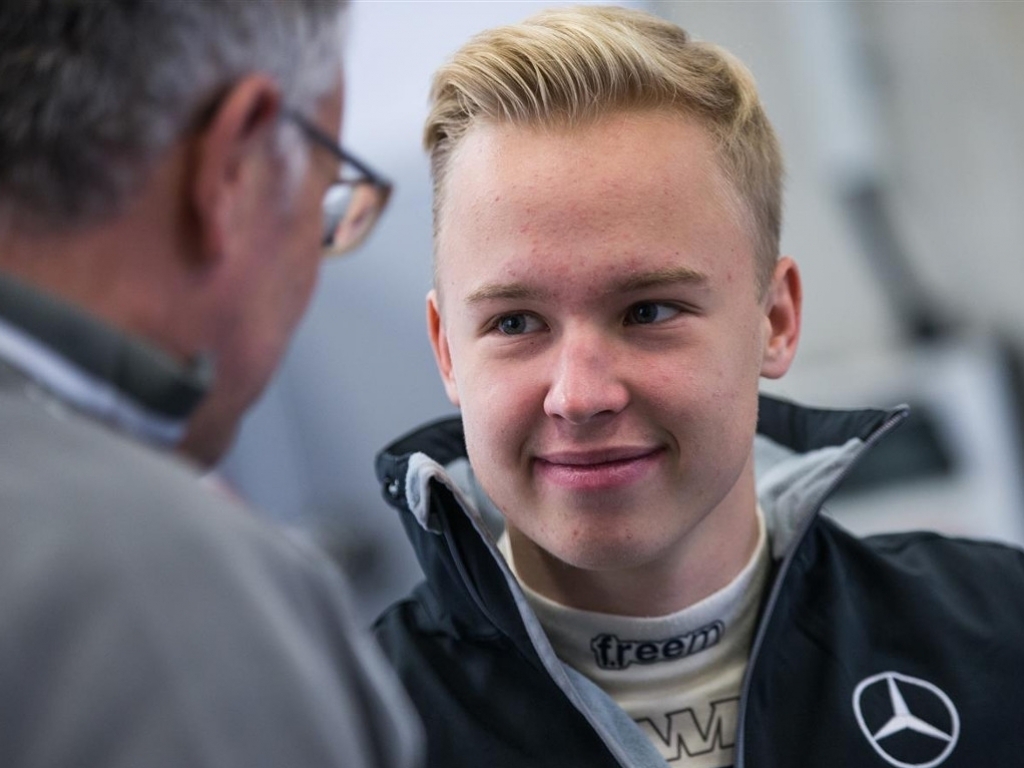 Russian teenager Nikita Mazepin has signed with Force India as a development driver, marking the beginning of a "long-term association" with the F1 team.

The 16-year-old, who will race in this year's Formula 3 Euro Series with Hi-Tech Racing, will take on an extensive development programme with Force India.

The programme will include regular simulator sessions while Mazepin will also be present at several grand prix weekends.

"It’s an incredible feeling to join Sahara Force India," he said. "It’s the biggest step in my career and I want to thank Vijay and everyone in the team for giving me this opportunity.

"I’m still young and I have a lot to learn, so the guidance and experience of Sahara Force India is really important for my development. My goal is to race in Formula One in the future and today’s news takes me closer to achieving that objective. I will work hard to help the team and do everything I can to improve my skills on and off the track.”

Meanwhile Mallya, the Force India team boss, billed the teenager as a "very capable and determined racer" and one with ability to one day race in Formula 1.

"This is a fantastic opportunity for Nikita to begin his Formula One apprenticeship and become fully embedded inside our team. We have a strong track record of identifying and nurturing young talent and it is clear that Nikita is already a very capable and determined racer," he said.

"2016 will provide the perfect opportunity to showcase his abilities and develop the skills needed to become a Formula One driver. We plan to use him extensively on our new simulator and he will also support our in-season testing programme, which will play an important role in the development of the VJM09.

"It’s also exciting for the team to begin working with a young Russian driver given the success of the Russian Grand Prix in recent years. It’s a market with huge potential for Formula One and the emergence of young talents, such as Nikita, will ensure interest in the sport continues to grow rapidly."