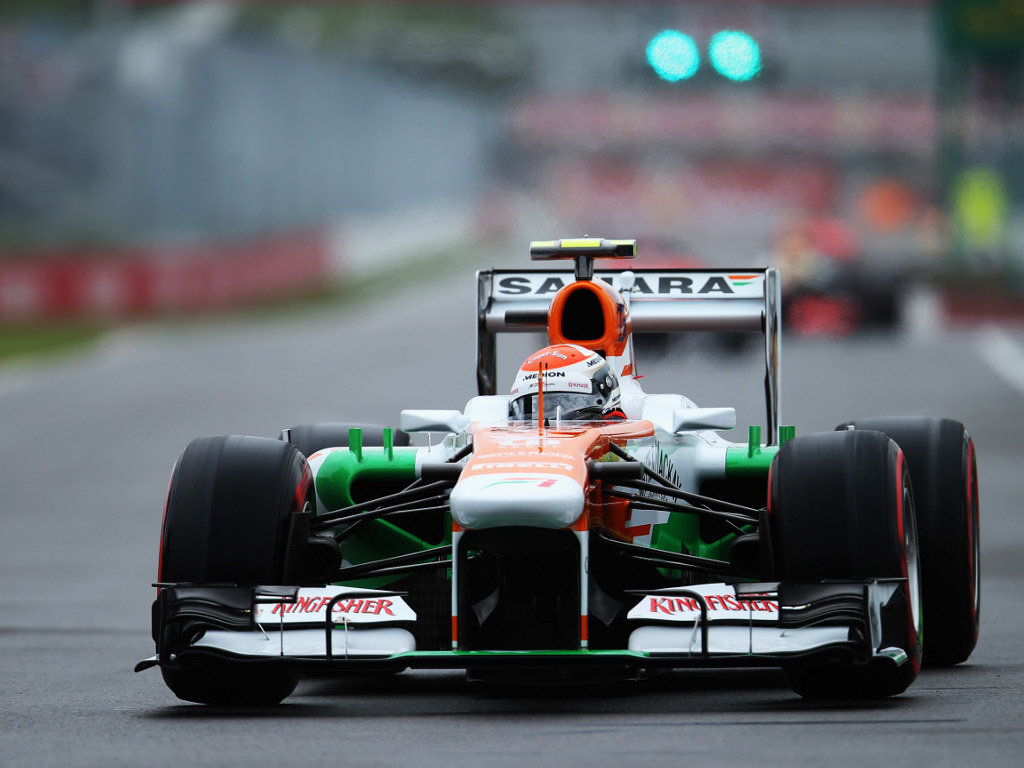 Force India have stopped development on their 2013 challenger in order to focus on next year’s model, according to Adrian Sutil…

Force India have stopped development on their 2013 challenger in order to focus on next year’s model, according to Adrian Sutil.

An excellent start to the season saw them occupy fifth place ahead of McLaren in the Constructors’ standings for quite a long period, but they have dropped to sixth as the Woking squad have taken a few steps forward in recent races.

Force India, though, have now decided to switch their attention to their 2014 car and that could be fatal blow to their hopes of finishing ahead of McLaren.

“However, sometimes you win even if you are only optimising the existing package. You can still find a lot of time when you are working on improving what you already have. There are a number of ways that we can maximize the package we have.”

Sutil, though, is still hopeful they can pull something special out of the bag and upstage their more illustrious rivals.

“I remain optimistic because I believe that we have not taken everything out of this car and the new tyres,” he said.

“McLaren has worked better but I think we still have a lot of potential, even without updates. We just need a better understanding of the package.”