Home Uncategorized Force India to sit down with drivers 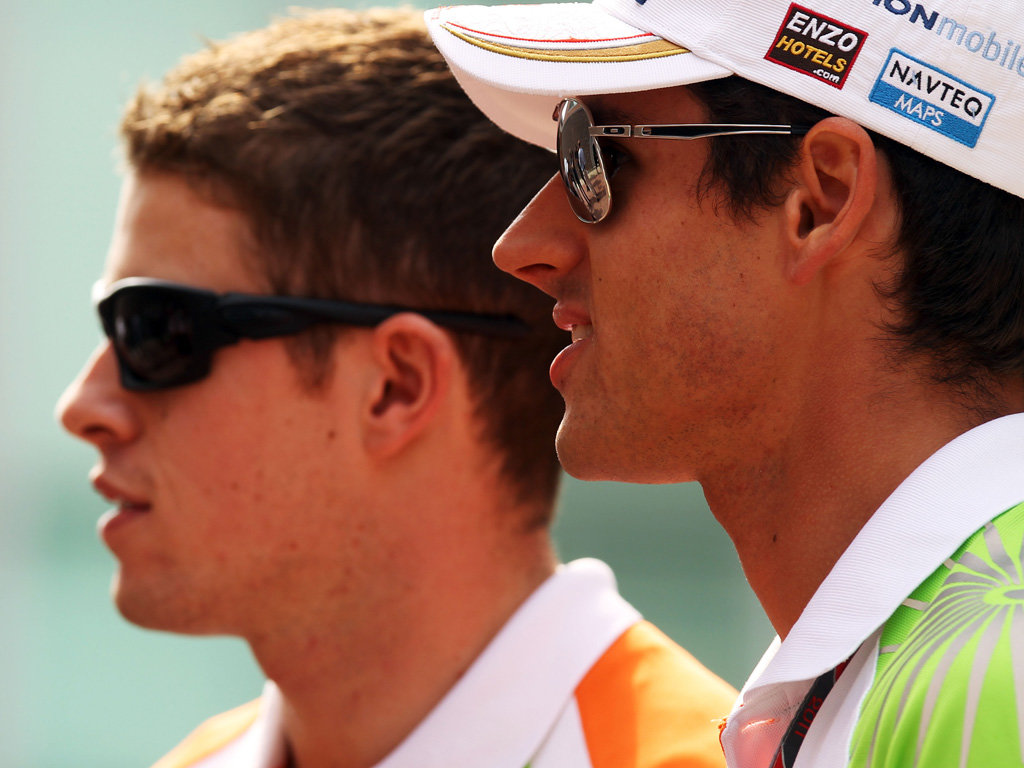 Force India will have a talk with both Adrian Sutil and Paul di Resta after they traded paint on the opening lap of the Chinese GP.

Fighting for position, the two Force India collided, which resulted in di Resta being forced off the track and losing several positions.

The Scot fought back to finish in eighth place but stated that his clash with his team-mate had cost him while Sutil blamed di Resta for their coming together.

“We just need to sit them down and go through the video because it’s not really what we need to be doing on the first lap,” deputy team principal Bob Fernley told Autosport.

“They are both good enough, and just need to sort it out between them.

“I don’t think it’s difficult to manage it, we just need to make sure they clearly understand that it’s not acceptable, not on the first lap.”

And although Fernley stopped short of pointing fingers, he reckons Sutil could have given his team-mate more room.

“You can have things happen when you get pushed into positions [that you don’t want to be in] and we need to understand it fully ourselves,” he said.

“But I suspect that Adrian got catapulted off the kerb, something like that happened so he didn’t give Paul enough room there.”