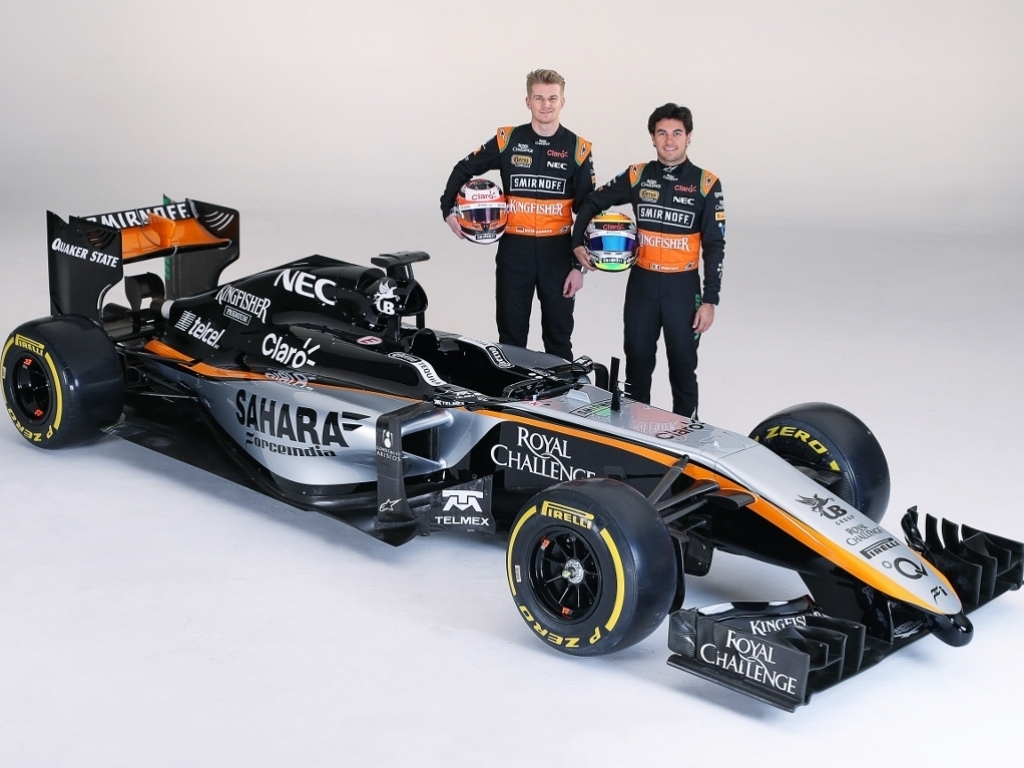 Force India unveiled its 2015 livery in Mexico on Wednesday with the car featuring a predominantly silver and black colour scheme with splashes of orange.

With major Mexican sponsors on board, Force India opted to do at least part of their unveiling in Mexico City. The actual car – the VJM08 – won't be revealed until the second pre-season test in Barcelona as the team has chosen to delay the launch.

In front of the media and guest, the team displayed a sleak silver and black car with splashes of orange and a 2015 specification nose.

Speaking about the car, team principal Vijay Mallya said: "The 2015 car is a refinement of what we learnt in 2014.

"We are now using a 60 per cent wind tunnel in Cologne, which is a far bigger step than we've taken before.

"Traditionally we've been at Brackley where we used to develop our car with a 50 per cent wind tunnel in a rather outdated tunnel."

The livery, he also stated, is an evolution from days gone by.

"It's another evolution of the contemporary look we introduced last year, which reflects the growth of the team and the global brands with which we are working.

"I love the addition of silver, which makes the car appear more sleek and aggressive and I'm sure it's something that will appeal to the fans as well.

"Our traditional team colours remain integrated in the livery, but we've given it a very modern twist."

As for the team's goals for the 2015 Championship, Mallya is targeting a "few" top three results.

He added: "We are lucky to have two exceptional drivers who will hopefully steer the Sahara Force India challenger to the front of the grid, and hopefully a few podiums during the current year."