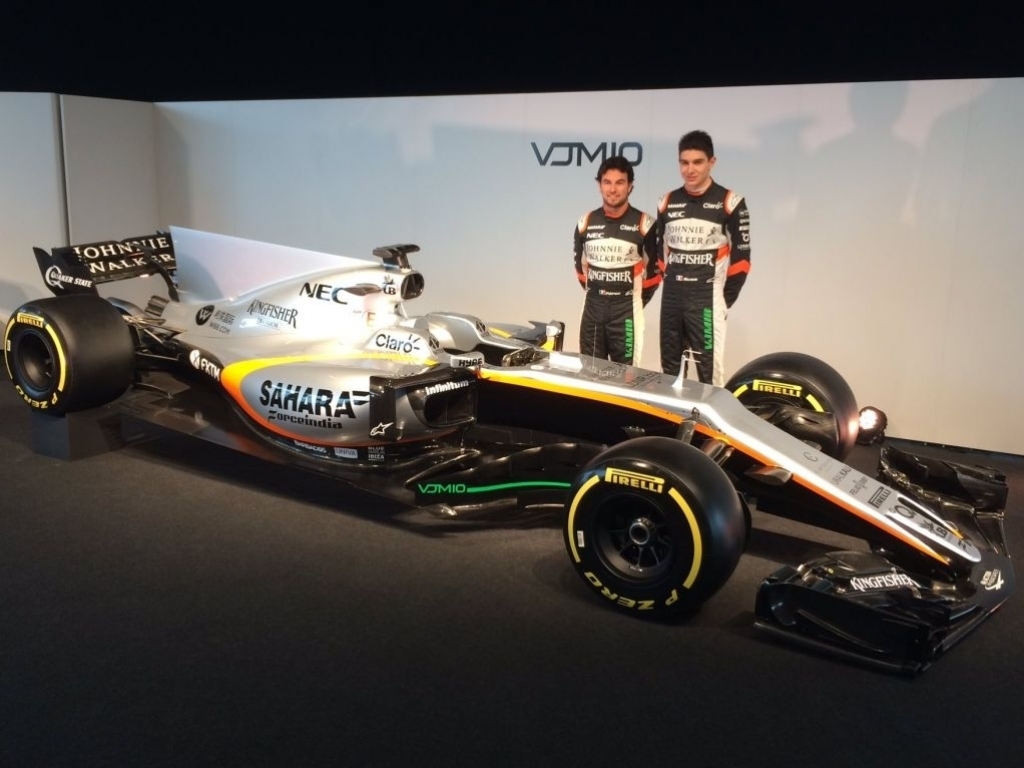 Force India have launched the new VJM10 car for the 2017 season at a special event at Silverstone.

The UK-based team enjoyed another year of progress in 2016, moving clear of rivals Williams to notch up a best-ever fourth place finish in the Constructors’ Championship, helped by Sergio Perez finishing twice on the podium in Monaco and Azerbaijan.

Martin Brundle has called them World Champions based on money spent, and just before the launch team principal Vijay Mallya gratefully accepted the claim.

“That is very flattering and very encouraging,” Mallya said.

“Many commentators of the sport say we punch above our weight, and to add to that we are World Champions for the amount of money spent is a huge compliment.

“It speaks to the passion of the team and this passion is only going to get more intense. And the passion to improve further is going to be pretty relevant in 2017.

Mallya also added that Force India will continue to “dream big” next year, with the ultimate aim of trying to break into the same company as the leading trio of teams.

“If we did not dream big we would not have finished fourth last year,” he said.

“To be in the company of Mercedes, Ferrari, Red Bull is a huge compliment. We will always dream big.

“We’ve never even had conversations in private that we could not break into the top three. That is our objective, we are going to give it our best shot.

Mallya also fired a warning to Renault, who boldly claimed after their launch on Tuesday that they should easily beat the likes of Force India this season.

He added: “I read an article this morning that Cyril of Renault said poor teams like Force India will suffer in this arm’s race. But it’s not the amount of arms, it is the quality of your weaponary.

“The 2017 regulations have meant that everyone has to start with a clean slate so I don’t think we’ll know the pecking order before the tests in Barcelona. But I know we have to develop this car throughout the 2017 season.

“There will be no stopping as all teams will probably be doing the same.

“We are ready for it, we have planned for it and we are very excited.”