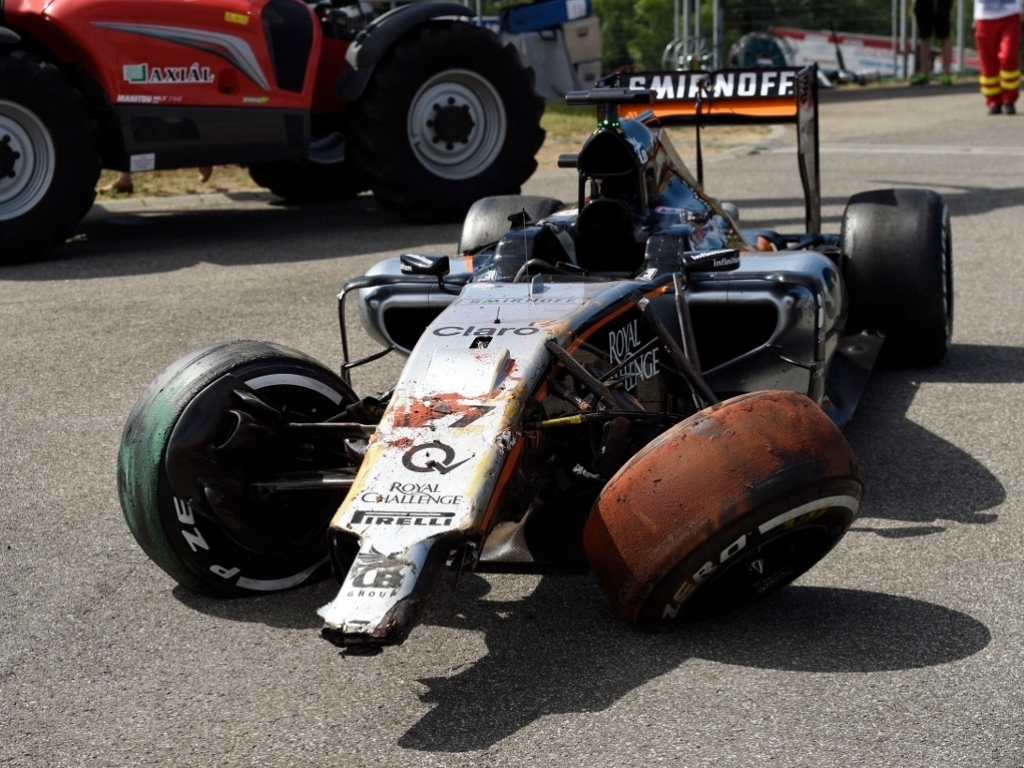 Force India are determined to bounce back following a disappointing Hungarian GP with the team confident they will fix the issues which resulted in two big crashes.

After picking up 28 points between them in the previous two races, a lot was expected from Nico Hulkenberg and Sergio Perez at the Hungaroring, especially with the upgraded VJM08 performing so well.

However, their weekend got off to a nightmare start when Perez hit a kerb in FP1, resulting in a broken rear suspension which saw him crashing into the barriers with his car ending up upside down.

The team opted not to run in FP2 due to the incident, but they were back out on track the Saturday and were on the grid on Sunday.

However, there woes were not over as Hulkenberg's front wing broke off during the race and went under the car, it caused the German to go straight-on into the barriers.

Chief operating officer Otmar Szafnauer says they will get to the bottom of these issues.

"We’ll analyse it. Reliability is one of this team’s strengths so I feel confident that we’ll find the root cause and fix it and that will be the end of it," he told Sky Sports.

"Looking forward, we will fix the issues that we had here and with good underlying pace I think for the rest of the season we can look forward to some good racing."

Hulkenberg looked set for a decent points finish before his accident on Sunday and with Perez also retiring, it means Force India are once again under pressure from Lotus in the Constructors' Championship.

However, Szafnauer feels there were a lot of good signs for the team at the Hungaroring.

"Usually when there’s opportunity like this we come away with good points, but not Sunday. You can’t always have that happen for you and it’s unfortunate because I think the underlying pace of our car was pretty good," he said.

"At a track like this where Red Bull are usually pretty good here – they won last year – for us to be fighting with Ricciardo for a bit and then holding Kvyat back bodes well for the aerodynamic development we’ve made.

"But at the same time you’ve got to finish to get those points, so we were unable to do that."