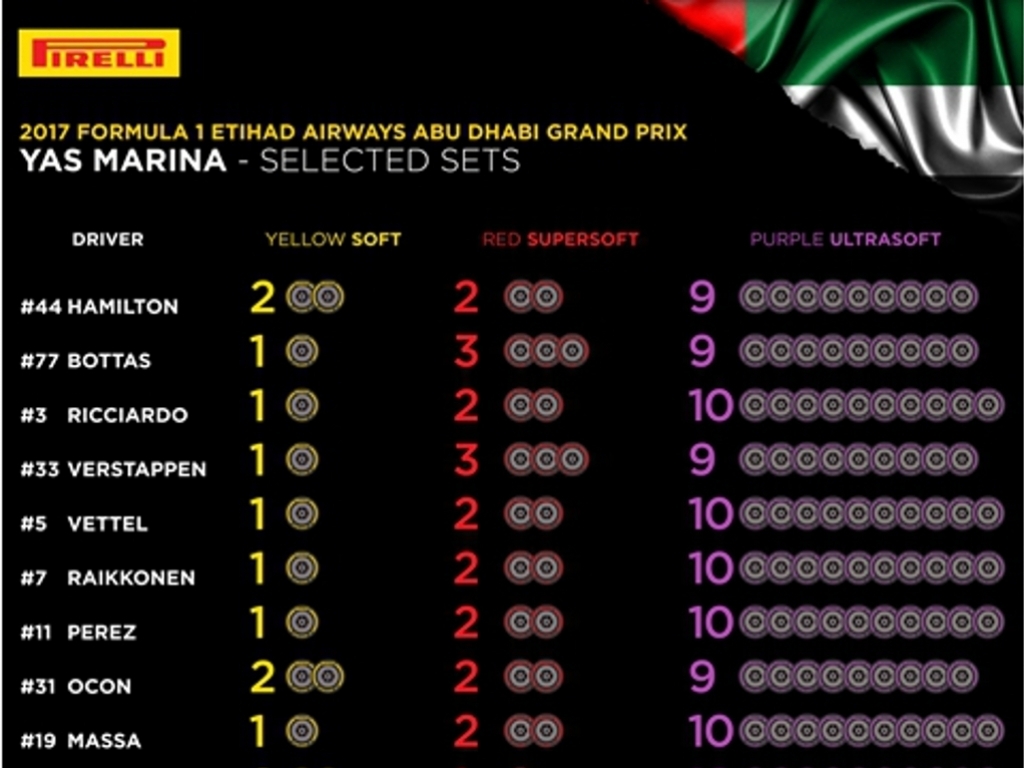 Pirelli have revealed the teams’ tyre selection for the final race of the championship with only Renault opting for something slightly different.

The purple-marked ultrasoft tyres are the rubber of choice for the season-ending Abu Dhabi Grand Prix.

All the teams, barring Renault, have taken either nine or ten sets of those tyres.

However, Nico Hulkenberg and Carlos Sainz have gone with just eight sets each.

The other tyres available are the supersoft and soft with the duo taking four of the red tyres and just one set of yellow softs.

At the sharp end of the grid Lewis Hamilton has opted for two softs, two supersofts and nine ultrasofts while Sebastian Vettel has gone with one, three and ten of the respective choices.