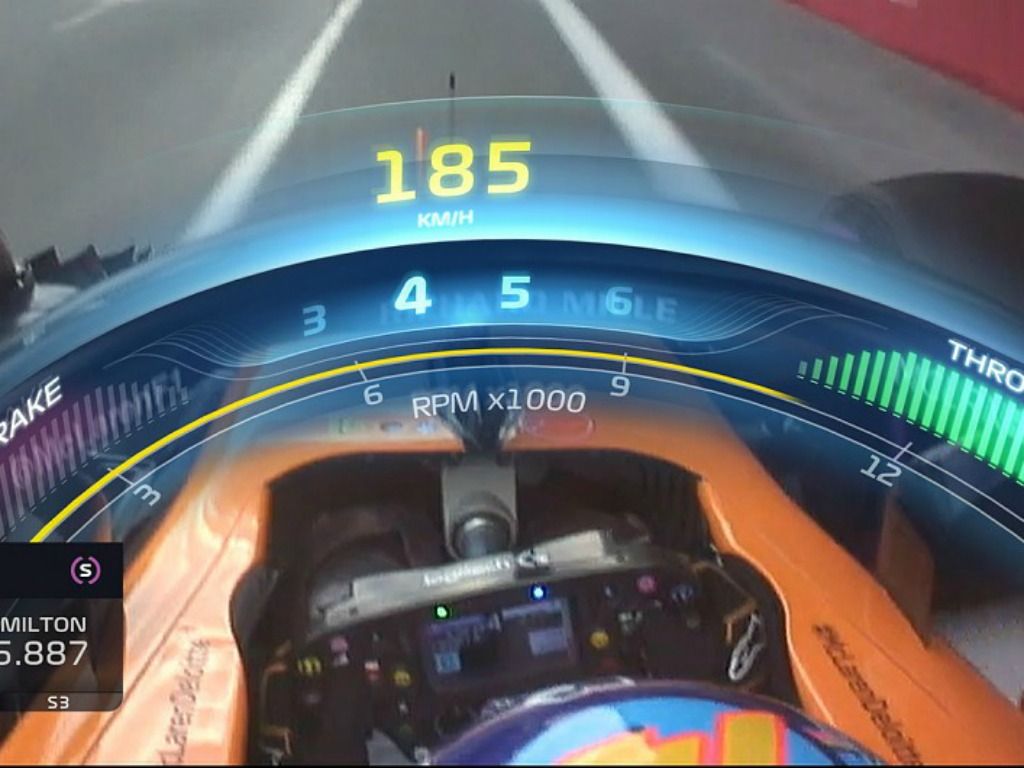 Halo graphics made their debut during free practice in Azerbaijan, and look set to appear more as the season goes on.

The graphic design shows information across the halo from the camera pod on the car. It featured in FP1 in Baku, with a live speed monitor, gear and revs information, and throttle and brake usage.

Formula 1 are trying to use data from teams in addition, including G-forces, GPS and live sector times. They are also trying to use team’s more sensitive information.

F1’s director of broadcast and media, Dean Locke, told Autosport: “We have number of data sets and we are going to try and add as much as we can that is available.

“Teams aren’t going to give you anything that gives another team a competitive edge, but we can work with them.”

There will be some small modifications to the original halo graphic, including thickening the RPM counter to make it easier to see.