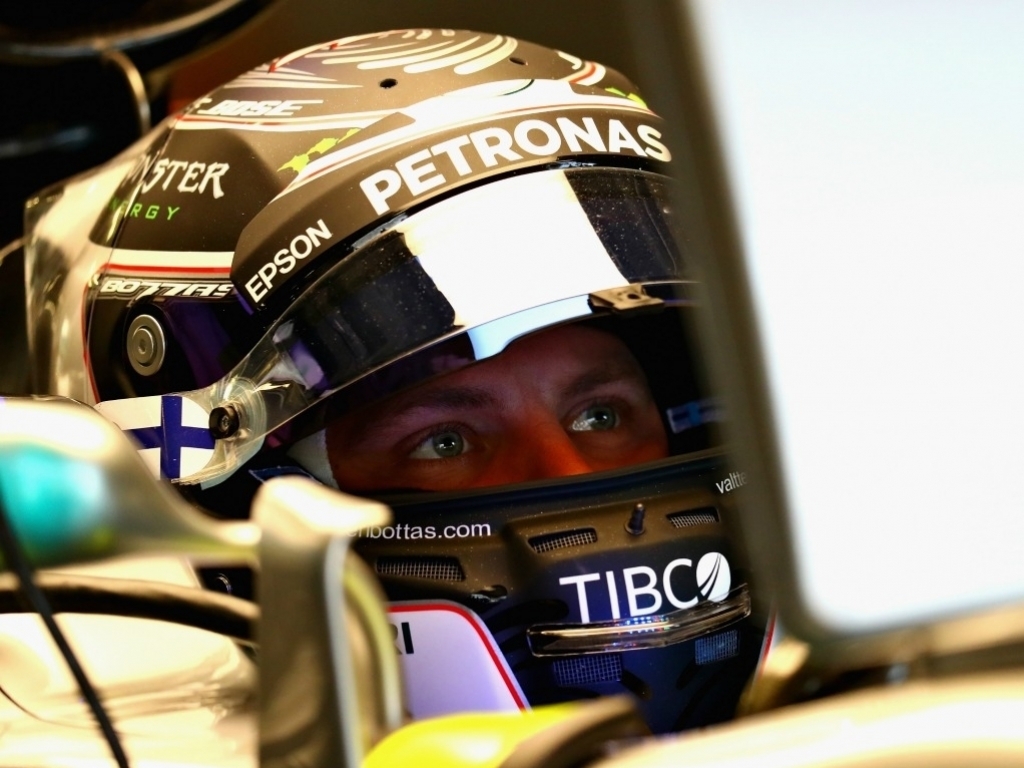 Valtteri Bottas led a Mercedes one-two in the first practice session for the Mexico Grand Prix, which was red-flagged due to a hefty shunt from Force India reserve driver Alfonso Celis Jr.

The Finn set a 1:17.824 on ultrasoft tyres in Mexico City, four tenths quicker than his team-mate and World Champion in-waiting Lewis Hamilton who also used the purple-striped compound.

Max Verstappen, who saw his session cut short due to set-up changes, was half a second off the pace in third, but both he and fourth-placed Daniel Ricciardo, as well as Ferrari pair Sebastian Vettel and Kimi Raikkonen in P5 and P6 respectively only ran on the supersofts.

There was yet more woe for McLaren-Honda, with both Fernando Alonso and Stoffel Vandoorne set for 20 and 35-place grid drops this weekend and the latter unable to set a timed lap because his new power unit broke almost straight away.

The session was briefly red-flagged with 30 minutes left to run as Celis Jr crashed Esteban Ocon’s car on home soil, leaving the mechanics with plenty of work to do ahead of FP2.

It was a cool, crisp morning in Mexico City and a very dusty track awaited the drivers on their installation laps; Stoffel Vandoorne and Brendon Hartley both ran the much-maligned ‘Halo’.

Antonio Giovinazzi, one of four reserve drivers getting some more laps under their belt in FP1, was the first and, for some time, the only driver to set some timed lap in the opening stages of the session.

But the rest of the field slowly, but surely, got to work, although Hamilton went for a spot of grass-cutting as the cars struggled to get to grips with the green track.

The Brit, who can clinch his fourth World Championship title this weekend with a P5 or higher finish, was soon trading fastest times with team-mate Bottas, while nearest rival Vettel was also keeping in touch with the two Mercs on the same supersoft tyres.

With the usual suspects continuing to fight it out at top inside the final hour of FP1, Hartley came to a stop at Turn 4 reporting that his engine had “stopped”. But it is was nothing more than a minor hiccup and the New Zealander soon got the Toro Rosso going again, bringing an end to the first and brief Virtual Safety Car period.

At the half-way stage of the session, Vettel went fastest in all three sectors to set a new benchmark: a 1.18.824 with Bottas, Verstappen, Hamilton and Raikkonen all within half a second of the German. Vandoorne the only driver still yet to set a timed lap.

Bottas was the first to re-emerge for the second half of FP1 and, with some fresh ultra tyres strapped on, quickly shaved a full second off Vettel’s best to take us into the 1:17 barrier.

But as the clock ticked down to the final 30 minutes, Celis Jr prompted the first red flag of the weekend after losing the rear of the Force India at the final corner and smashing into the barrier.

The session resumed with 23 minutes left on the clock, but minus Verstappen who departed early as his RB13 underwent set-up changes.

Bottas remained firmly on top for the rest of the morning, but Ferrari and Red Bull have yet to run on the quickest ultrasoft tyres.