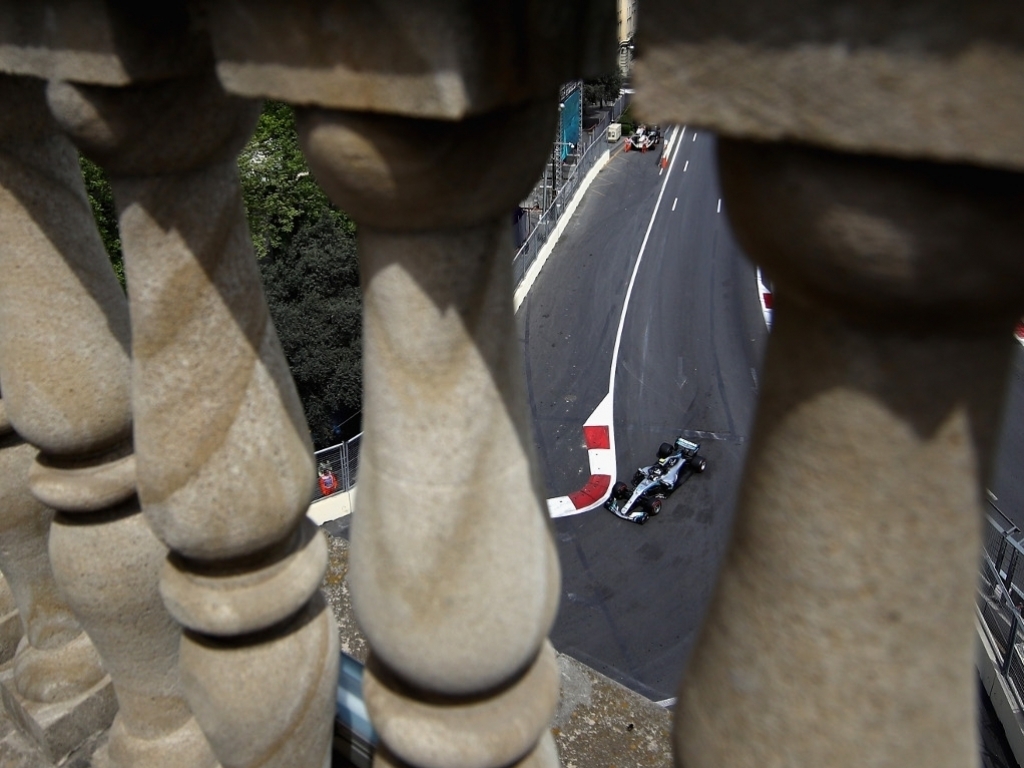 Slipping and sliding their way around the Baku street circuit, Valtteri Bottas was quickest in Friday's first practice while Max Verstappen met the barriers.

The street circuit proved to be dusty and slippery as the Formula 1 action began on Friday afternoon with the track temperature 42'C.

Brendon Hartley was the first to be undone as he found himself up the escape road at Turn 8. However, a quick reserve and he was back on his way.

The same cannot be said for Verstappen.

Having just gone quickest, the Red Bull driver lost the rear end of his RB14 on what appeared to hit a bump in the braking zone, spun and crashed into the barriers at Turn 6.

As he was not able to get the car going, stuck in first gear, the Virtual Safety Car was shown as marshals removed the stricken Red Bull.

Back underway it was Daniel Ricciardo who was sitting at the top of the timesheets with a 1:45.369 while Lewis Hamilton added his name to the list of drivers heading up the escape roads as he got it wrong at Turn 2.

He followed that up with a hot lap that put him quickest before Ricciardo returned to the front only for Valtteri Bottas to pip them both. A 1:44.242 for the Finn.

Ricciardo closed the gap to the Mercedes driver to 0.035s on the third of his flying laps while Sergio Perez put in a late hot lap to go third.

Hamilton was fourth ahead of Esteban Ocon and Verstappen while Fernando Alonso, Sergey Sirotkin and Pierre Gasly were next in line.

It was not a good start to the weekend for Ferrari with Sebastian Vettel tenth, 2.2s off the pace, while a power unit problem limited Kimi Raikkonen's running.