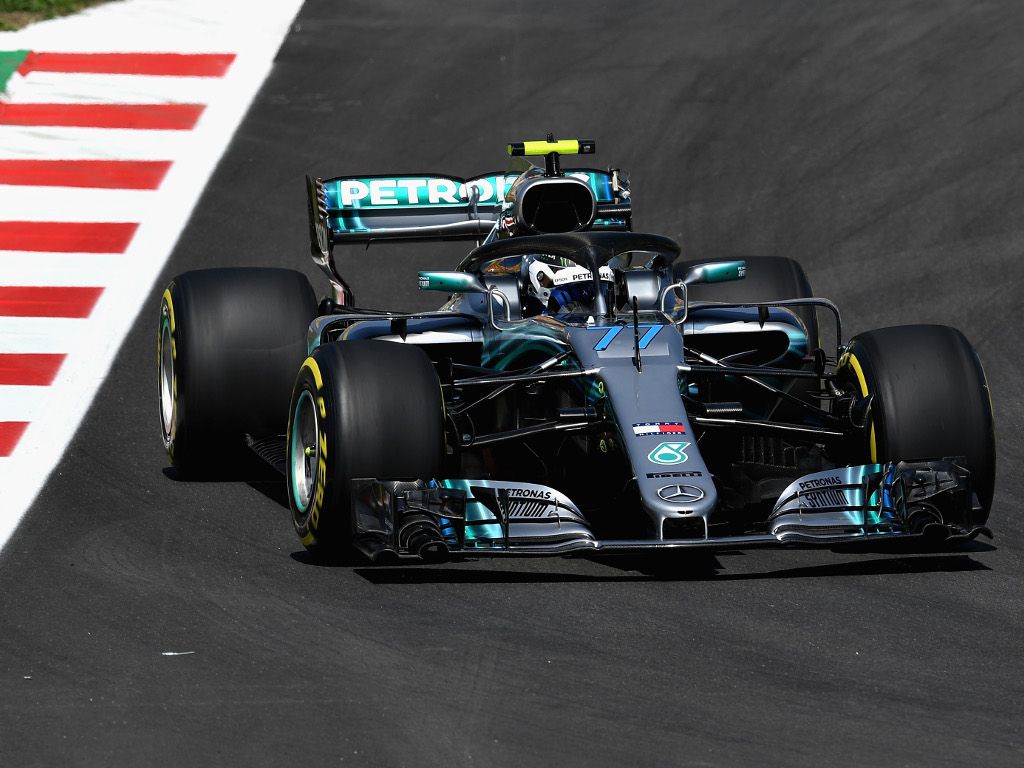 Valtteri Bottas was in a class of his own at the Barcelona circuit on Friday, topping the timesheet by 0.8s ahead of Lewis Hamilton on a day when Robert Kubica returned to F1 GP action.

The newly resurfaced Circuit de Catalunya caught out several drivers in first practice with Sebastian Vettel, Fernando Alonso, Valtteri Bottas and Romain Grosjean just a few who struggled to keep their cars on the track.

Kimi Raikkonen led the early running before he was pipped by the Mercedes drivers.

Valtteri Bottas seemed to have the edge over his team-mate Lewis Hamilton on the soft tyres with a best time of 1:18.695 putting him three-tenths up.

Daniel Ricciardo joined the tussle at the front, slotting into third place before he added his name to the list of those going off.

The Aussie went off at Turn 4, shot through the gravel and nosed the wall. Red Bull were one front wing down, and his session was over.

After a brief lull when the drivers returned their first set of tyres to Pirelli, the action heated up with another hot laps from Bottas.

Hamilton was second, 0.8s down as both Mercedes drivers ran the soft tyres.

The session was briefly slowed when the Virtual Safety Car made a second appearance as Lance Stroll went off, beaching his FW41 in the gravel.

It was not a great session for Williams with Stroll down in 20th place while Kubica, who also spun during the session, one place ahead in 19th.

Kubica was 3.3s off Bottas’ pace with Stroll a massive 1.3s further behind.

Sebastian Vettel finished in third place ahead of Max Verstappen, who put in a late run to edge ahead of Kimi Raikkonen.

Vettel and Raikkonen ran the supersoft tyres while Verstappen’s time was set on the mediums.

Fernando Alonso and his McLaren with its new nose were sixth quickest ahead of Ricciardo and Romain Grosjean.