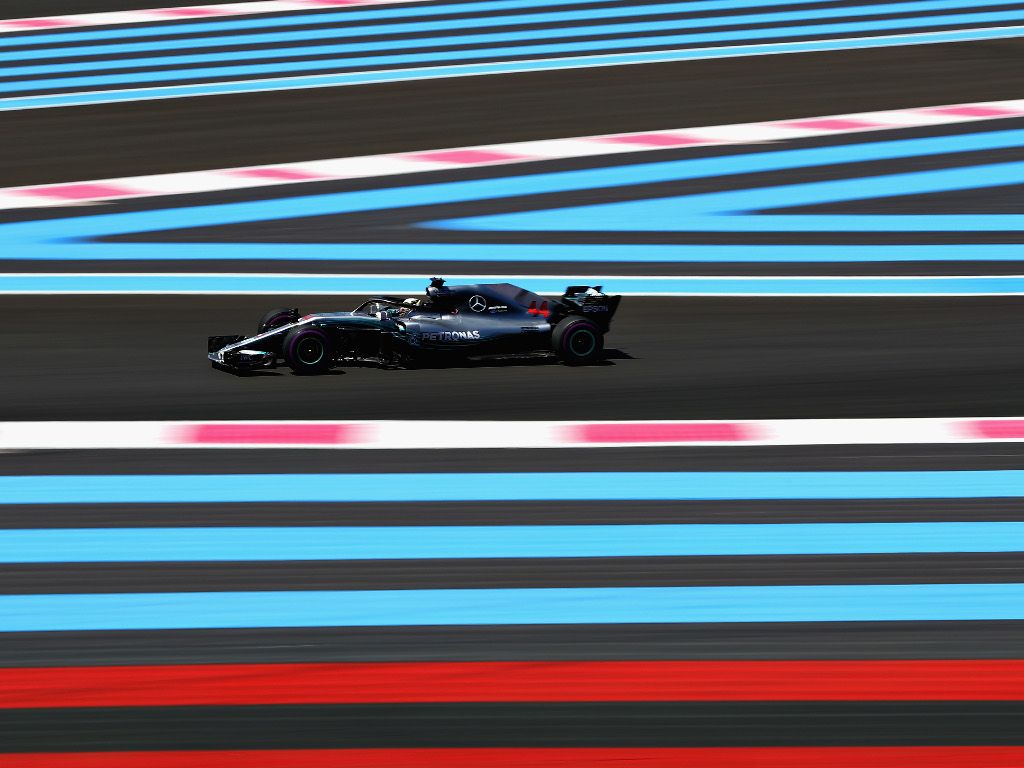 Running a new engine, although Mercedes won’t say if it is the new spec, Lewis Hamilton and Valtteri Bottas claimed the 1-2 as F1 made a fiery return to France.

Hosting its first Formula 1 grand prix session since 1990, the Paul Ricard circuit did not disappoint.

Daniel Ricciardo led the early running as he posted a 1:32.576 on the soft tyres. That put him half a second up on Valtteri Bottas, who was using the ultras.

Both Mercedes drivers and all four customer cars ran new engines on Friday, however, Mercedes refused to confirm whether they were new spec engines or new old spec ones.

Mercedes made it a 1-2 as Bottas went quickest and Hamilton overhauled him, beating his team-mate’s best by 0.140s.

Ricciardo fell to third, finishing FP1 ahead of Kimi Raikkonen, Sebastian Vettel, who missed part of the session due to a front suspension change, and Romain Grosjean.

The first mistake in France in 10 years belonged to Brendon Hartley. He lost the back end of his STR13 and spun at Turn 6.

Stoffel Vandoorne made a similar mistake a short while latest with Raikkonen adding his name to the list of those spinning as the head wind abruptly became a tail wind.

Both Sauber drivers spun as did Esteban Ocon. His off meant his session was cut short as that ruined his second set of tyres.

Traffic proved to be a bit of a problem as Raikkonen had to avoid a slow moving Williams driving in the middle of the track while Hamilton had to get off the track entirely to avoid Stoffel Vandoorne. Vandoorne had been slowed by Esteban Ocon and was on the racing line when Hamilton approached at speed. He shot off the track to avoid a collision.

Hamilton is caught out by a slow McLaren in front

HAM: "Some of these drivers are going dangerously slow" 😠#FrenchGP 🇫🇷 #F1 pic.twitter.com/wSM6jwmZrQ

Hamilton later did a bit of a traffic move on Perez, who was later also caught out by Magnussen.

It wasn’t, however, until 87 minutes into FP1 that there was big drama as Marcus Ericsson lost the rear of his Sauber, spun off the track and hit the wall. His car caught fire and he appeared to hit his head in the impact.

The marshals weren’t exactly quickly on the scene while Ericsson was given a lift back to the pits in the medical car.