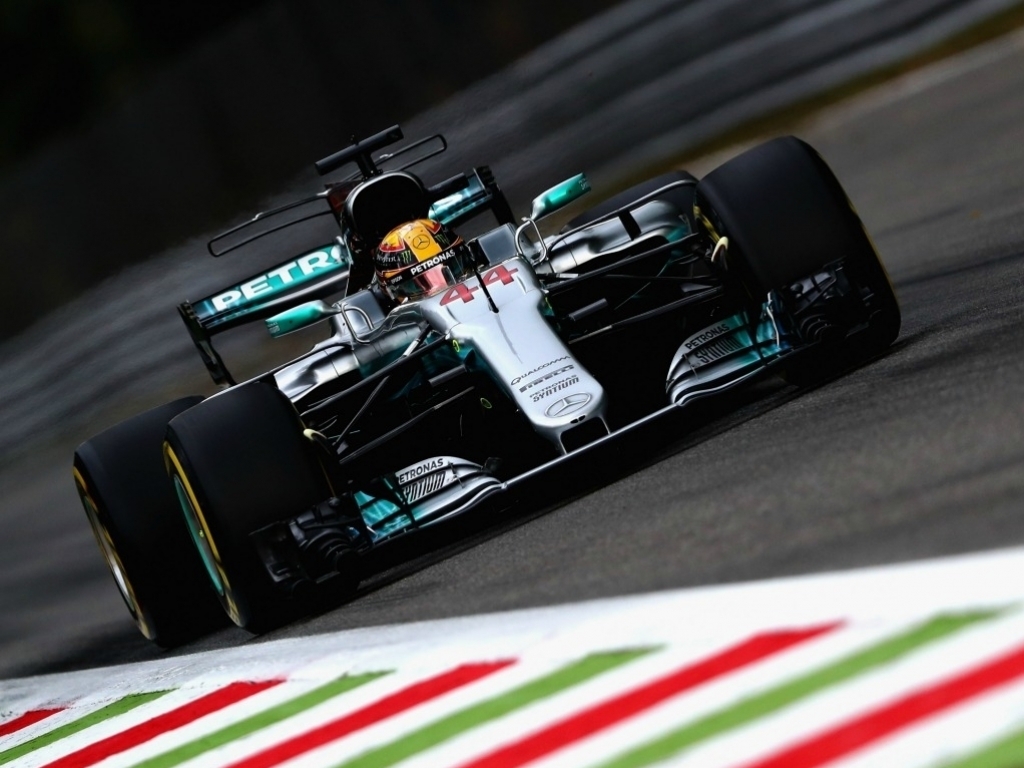 Lewis Hamilton set the early pace in the first practice session ahead of the Italian Grand Prix as rain showers at Monza made for a tricky start to the weekend.

The Brit, fresh from race victory on his 200th grand prix start last weekend at Spa, set a 1:21.537 at the ‘Temple of Speed’, four tenths quicker than team-mate Valtteri Bottas.

A second behind were the two Ferrari drivers, who do not have a new engine fitted this weekend, with World Championship leader Sebastian Vettel taking P3 ahead of Raikkonen.

The two Red Bull drivers followed in their usual third-row slots, but Daniel Ricciardo and Max Verstappen are set to start at the back of the grid as both have been hit by engine penalties which were confirmed during the session.

With the threat of rain looming, there was a mad dash out of the garages to complete installation laps.

There was also a huge cheer for the two Ferrari cars, decked in their special 70th anniversary livery, from the passionate home crowd.

As the drivers started putting down their first timed laps, Honda confirmed that Alonso has a 35-place grid penalty for Sunday’s race after fitting the upgraded ‘Spec 3.7’ engine for FP1.

He was only testing the performance at this stage and will switch back to an older engine for the rest of the weekend in order to keep his new power unit as fresh as possible for the upcoming Singapore circuit which is more suited to their car.

In unpredictable conditions, with sun beaming down on some parts of the track and spots of rain at other corners, it was Mercedes who made the first attack on the top of the leaderboard.

Hamilton and Bottas traded fastest laps within the opening half of FP1, with the Merc-powered Force India also showing promising, albeit very early signs with Sergio Perez at one point as high as P3.

Heading into the second half of FP1, news of more engine grid penalties came, as expected, from the Red Bull garage.

Ricciardo has taken on a new ICE, MGU-H and turbo-charger, adding up to a 20-place grid penalty, with team-mate Verstappen having a new MGU-H and ICE fitted, resulting in a 15-place grid drop.

Back out on track, Hamilton got a nice tune out of the supersofts to go four tenths quicker than Bottas, setting a fastest middle sector of the session in the process of posting a 1:21.537.

Alonso and Vandoorne, meanwhile, turned their attention to practicing the tow ahead of the former helping the latter in qualifying this weekend.

The roles were reversed in Spa last weekend with Vandoorne taking the penalties and dragging Alonso along with him in the straights.

Spots of rain continued to pepper the Monza track and, as the track got slippier, birthday boy Sainz was among those to suffer a spin at Parabolica.

Sainz was also another victim of engine penalties, suffering a 10-place grid drop for using a fifth MGU-H of the season.

The rain did not develop into heavier showers and both Ferrari cars stayed out throughout the session, eager to get in as many laps and practice starts as possible.

Both Mercedes drivers were happy with their morning’s work, though, and finished early. The rest of the field, meanwhile, turned their attention to high fuel-load runs.