Home Uncategorized FP1: Hamilton on top in his upgraded W09 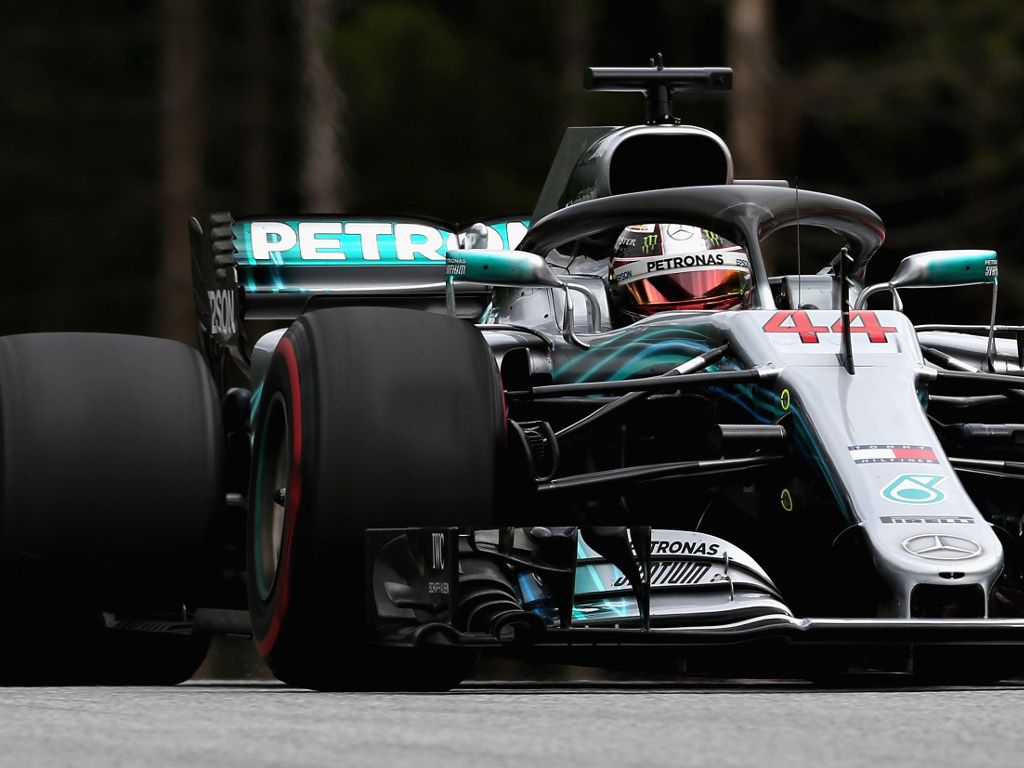 Lewis Hamilton put his W09’s upgrades to good use as he set the pace in Austria, topping a Mercedes 1-2.

Racing updated bodywork to go with their French upgraded engine, Mercedes were the team to beat as Formula 1 took to the Red Bull Ring for Friday’s first practice.

Starting on the supersofts, Hamiltom and Bottas traded P1s and continued to do so as they swapped to the ultrasofts for a second run.

While the session may have ended with a Mercedes 1-2, the Brackley squad didn’t dominate at Formula 1’s shortest race track.

Both Red Bull and Ferrari held down second place at various moments of the session with Max Verstappen falling to third and Sebastian Vettel to fourth.

Daniel Ricciardo was fifth fastest while Kimi Raikkonen, who flat-spotted his ultrasoft tyres and did not put in a comparative time, was sixth.

Romain Grosjean was seventh ahead of Esteban Ocon, Charles Leclerc and Pierre Gasly.

Robert Kubica was back in action for Williams, taking part in his second FP1 session with his new F1 team.

Unfortunately it didn’t yield the results his fans would have wanted as he was slowest of all.

Williams, though, revealed that Kubica was running a different programme of workman-like concepts and was not going for pace.

As seen too often this season, traffic proved to be a problem, however, the most notable incident took place in the pits.

Stoffel Vandoorne was released into the path of Vettel with the Ferrari driver forced to brake hard. He complained that he “nearly crashed into the McLaren.”

Vettel and Vandoorne get a little too close for comfort #AustrianGP 🇦🇹 #F1 pic.twitter.com/xvZTo0FJto

Vandoorne is under investigation for an unsafe release.

Meanwhile Pierre Gasly used some delightful language towards Charles Leclerc as he found his path blocked into Turn 1 by a slow Sauber.