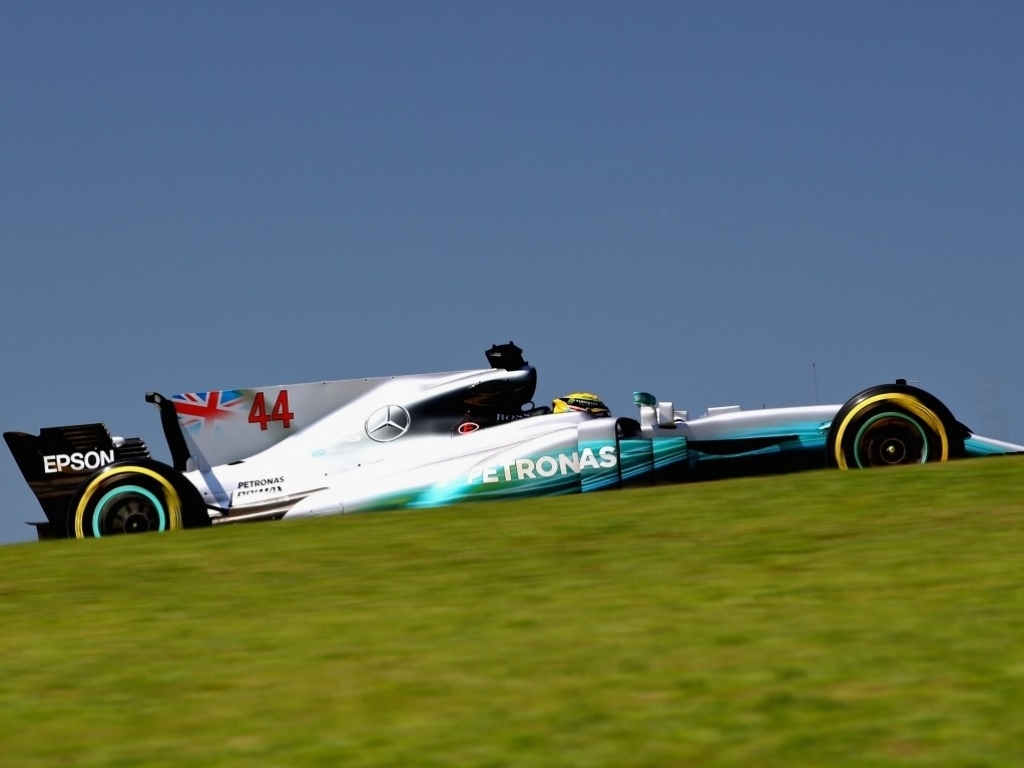 Lewis Hamilton led a familiar Mercedes one-two in Brazil as he topped the timesheets with a new track record at Interlagos.

The newly-crowned four-time World Champion was a tenth quicker than his team-mate, setting a 1:09.202 on the quickest supersoft tyre available this weekend.

Kimi Raikkonen rounded off the top three, as he and Max Verstappen, in P4, were half a second off the pace.

Daniel Ricciardo, hit with a 10-place grid drop this weekend, was P5 and Sebastian Vettel was down in P6 in a rather low-key session.

It was a dry, sunny start to proceedings in Brazil even though rain is forecast for the next couple of days. The threat of rain to come later in FP2 is perhaps behind the reason why Haas brought Kevin Magnussen in for FP1 and moved reserve driver Antonio Giovinazzi back to this afternoon.

Little time was wasted in getting the first timed laps on the board, either, with Max Verstappen among the very early starters in Sao Paulo as he, team-mate Daniel Ricciardo and Valtteri Bottas were involved at the top in the opening exchanges.

There was also a Formula 1 first achieved in FP1 as, for the first time ever, every reigning champion in every major single-seater motorsport series were all involved in the same session.

But Hartley, celebrating his 28th birthday, was not involved for long as he encountered yet more engine trouble and had to come to a stop near the pit lane.

That brought the first yellow flag of the session and the prospect of more grid penalties for the New Zealander, who was expected to start at the back of the grid anyway because of the issues he encountered in Mexico.

The first half of the session saw Vettel and Hamilton go off the track in minor incidents, with the latter eventually climbing to his usual top spot as the two Mercs set the early pace on opening soft tyre stints. Marcus Ericsson and Fernando Alonso joining Hartley as the only drivers who were yet to set a timed lap 45 minutes in.

But Ericsson and Alonso soon got their sessions properly underway after the usual halfway lull, while both Mercedes drivers continued to up the ante by switching from softs to supersofts.

One driver not involved, though, was Pierre Gasly, who, like team-mate Hartley, was firmly planted in the garage as more engine troubles were discovered at Toro Rosso.

There was then confirmation that Gasly, Hartley and Ricciardo  have all been hit with 10-place grid drops on Sunday, but that tally is set to rise for the Toro Rosso duo given their continued troubles.

A little squabble over track space between Nico Hulkenberg and Hamilton aside, the rest of FP1 was largely uneventful as high-fuel long runs were completed with minimal disruption.