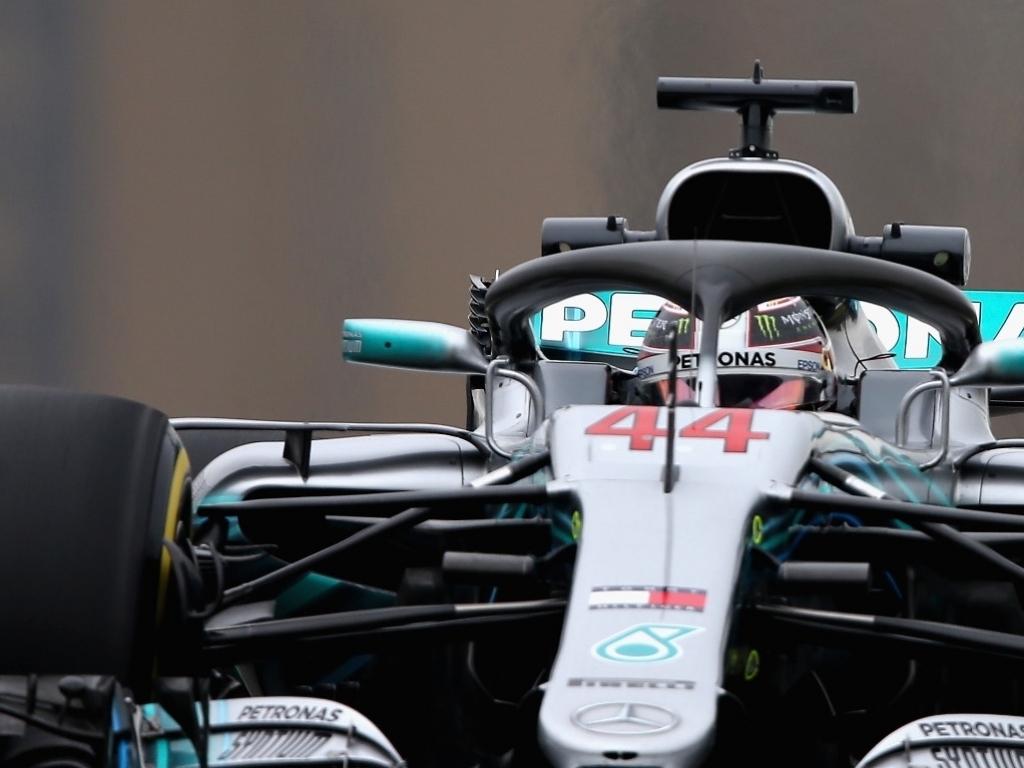 Such is Lewis Hamilton’s pace around the Shanghai International circuit that even Ferrari and Red Bull’s switch to the ultras was not enough to depose him from the top of the timesheet.

Although rain was forecast for Friday’s opening practice, it was instead the wind that caused havoc for the drivers at the Shanghai International circuit.

Ferrari: Very wind and dusty out there.
Sebastian Vettel: I can feel it, especially braking for Turn 6.

And with that he lost the back end through that Turn 6.

It was, however, Max Verstappen who had the biggest off when he lost it at the final corner as he built up to a hot lap on the ultrasoft tyres. Driving through the kitty litter, he kept it off the wall but flat-spotted his tyres in the process.

That meant Verstappen wasn’t able to put in a stern challenge for P1, a position that belonged to Hamilton on the soft tyres.

Hamilton then upped his pace, going purple in all three sectors on his way to a 1:33.999 to extend his advantage over his team-mate to 0.458s.

Ferrari and Red Bull swapped to the ultrasoft tyres for the final 30 minutes with Raikkonen the fastest of the four as he moved up to second place. He was, however, 0.359s shy of Hamilton’s best.

Bottas finished in third place ahead of Daniel Ricciardo, Max Verstappen and Vettel.

Haas and Renault battled for the best of the rest spot with Kevin Magnussen leading that charge ahead of Carlos Sainz, Romain Grosjean and Nico Hulkenberg.