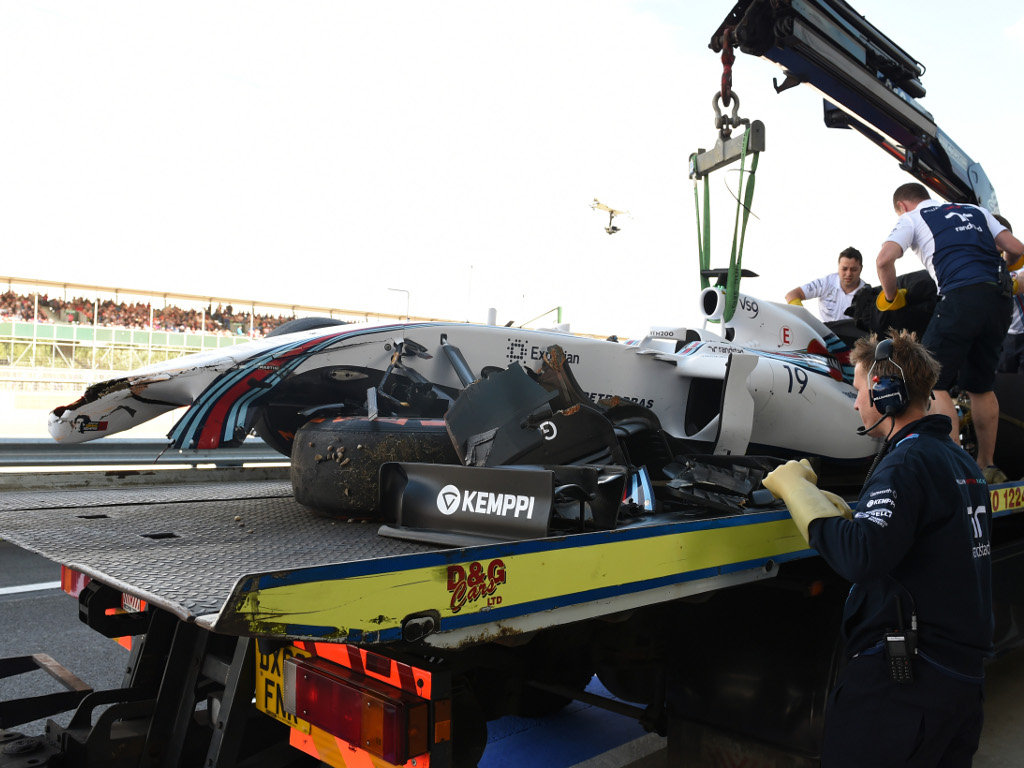 Nico Rosberg set the early benchmark at Silverstone on Friday, but Free Practice One turned into a nightmare for Williams.

Fresh from winning the Austrian GP and stretching his lead in the Drivers’ standings, Rosberg once again got the better of his Mercedes team-mate Lewis Hamilton as he edged him to P1.

The German posted a 1:35.424, which was 0.731 better than that of Hamilton. Behind them it was a much better start to a race weekend for Ferrari with Fernando Alonso third fastest with a 1:36.354 and Raikkonen down in fifth. Sandwiched in between was Australian Daniel Ricciardo with his Red Bull team-mate Sebastian Vettel in sixth.

It was Williams who made the headlines in FP1 though as Susie Wolff made history when she became the first female in 22 years to take part in an official F1 race weekend.

She even posted the best time, a 1:44.212, during the early stages, but her morning lasted only four laps as her FW36 lost oil pressure and she was forced her to park her car. That was that for her.

Not long after it was her team-mate Felipe Massa whose session came to a premature halt, but this was his own fault as he went over the curb and lost control of his car. That resulted in a heavy crash after going wide at Stowe.

Although the session resumed after a 16-minute break, there were not too many changes to the timesheets. Ricciardo initially reported that “something funny’s going on” with his car but he was able to complete the session while Vettel and Romain Grosjean had late wobbles.

Grosjean’s Lotus team-mate Pastor Maldonado and Caterham pair Marcus Ericsson and Robin Frijns also didn’t have happy mornings as they spent most of it in the garage due to technical problems.