Home Uncategorized FP1: No surprises as Merc are fastest 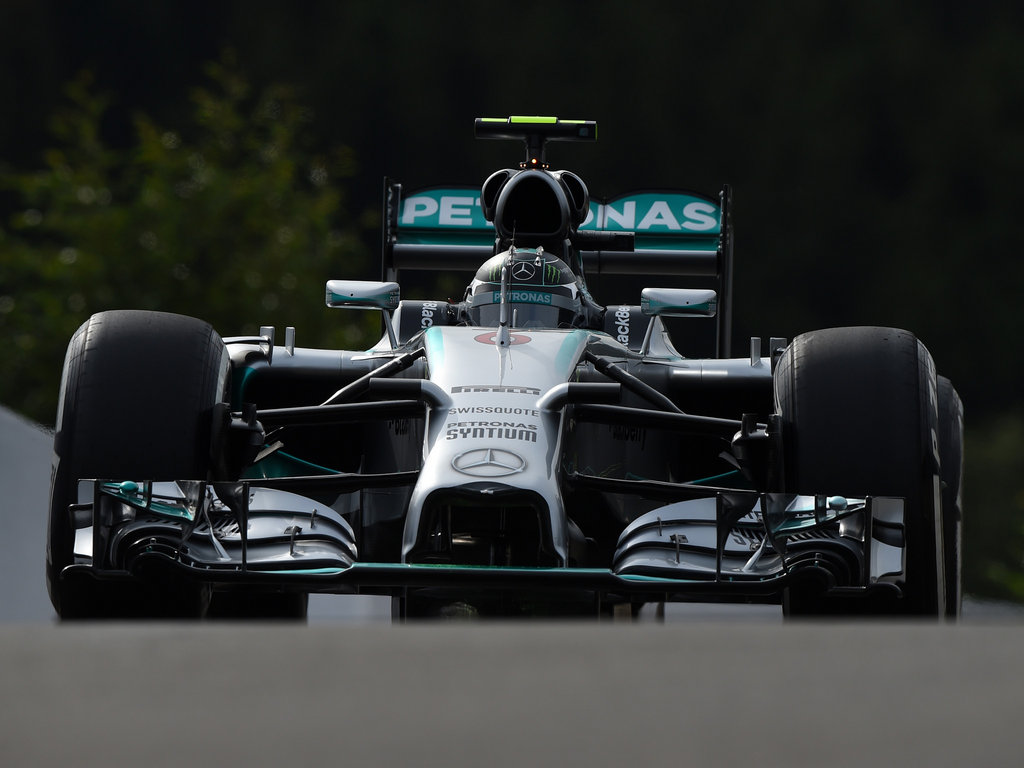 As expected the Mercedes pair of Nico Rosberg and Lewis Hamilton were at the front in FP1 at Spa while Ferrari and McLaren also had a good session.

Formula 1 returned on Friday after the annual three-week summer break, but it was a case of “as you were” with Rosberg taking the early honours with a 1:51.577 at Spa-Francorchamps.

His team-mate Hamilton slotted in behind him with a 1:51.674, but there wasn’t too much between the Mercedes duo and they even traded some wobbles at the final chicane with both sliding off before getting things back together.

Ferrari appear to be in much better shape with both Fernando Alonso and Kimi Raikkonen in the top five. Alonso was closest to the two Mercs with his 1:51.805 putting him third and Raikkonen down in fifth.

However, there were a couple of concerns with the F14T in FP1 with Alonso reporting a problem with his engine early in the session and Raikkonen complaining of an ERS issues.

Both, though, managed to return to the track without any further hiccups.

McLaren, who are expected to have a much better second half of the season, also had a solid outing with Jenson Button sandwiched between the two Ferraris and his team-mate Kevin Magnussen in seventh. The Force Indias of Sergio Perez and Nico Hulkenberg were sixth and eighth respectively with Daniel Ricciardo of Red Bull and Valtteri Bottas in the Williams completing the top 10.

FP1, of course, had some “new faces” as Alexander Rossi replaced Max Chilton in the Marussia and Andre Lotterer took over for Kamui Kobayashi in the Caterham.

Rossi was P20 with a 1:57.232, but we may not see the American in FP2 as Marussia revealed early in the day that Chilton will in fact drive for the rest of the weekend. That announcement came less than 24 hours after they said Chilton would sit out this weekend.

Three-time Le Mans winner Lotterer, meanwhile, is making his F1 debut and his 1:57.886 was good enough for P21, one place better than his team-mate Marcus Ericcson.