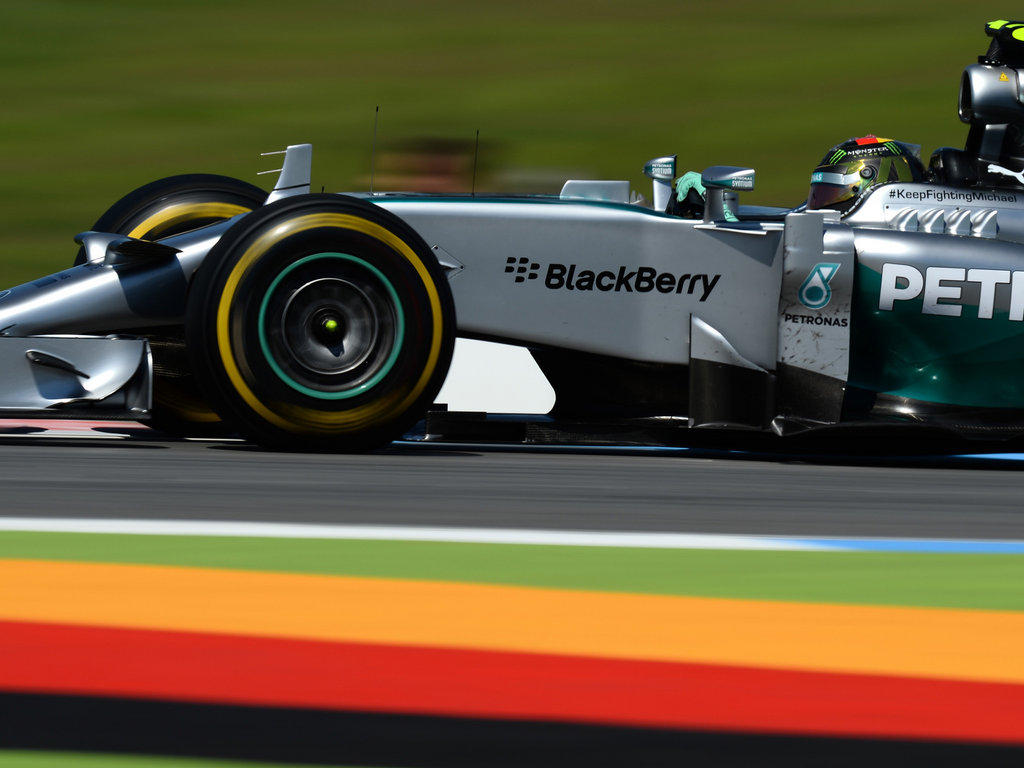 Nico Rosberg set the early benchmark for the German Grand Prix in what proved to be a productive FP1 session for all teams.

As was expected before the teams even arrived at Hockenheim, the Mercedes cars were once again at the front of the grid and it was Rosberg who got the better of his team-mate Lewis Hamilton in the first session.

The German’s time of 1:19.131 edged Hamilton by a mere 0.060s with Fernando Alonso third, Daniel Ricciardo fourth and Jenson Button completing the top five. Interestingly Hamilton was quicker than Rosberg in the first two sectors, but he couldn’t put together the perfect lap to take P1.

Ferrari endured another mixed session with Alonso’s 1:19.423 the “best of the rest”, but his team-mate Kimi Raikkonen was down in eighth with a 1:20.210. Both Alonso and Raikkonen completed 21 laps, but the Finn spent a lot of time in the garage due to a water pump problem.

As usual the Red Bulls of Ricciardo and Sebastian Vettel – P6 – were there or thereabouts while Button and his McLaren team-mate Kevin Magnussen proved that their Silverstone performance was no fluke.

One team who perhaps didn’t get the results they were looking for is Williams. Susie Wolff had another chance to impress following her short stint at Silverstone. She once again had another false start as she was forced to slow down on her installation lap, but luckily it wasn’t a serious issue and she returned to the track to complete 22 laps with her best time slotting her in P15, a four positions down from her team-mate Felipe Massa.

Marussia and Caterham once again occupied the bottom four, but worryingly for Lotus it looks like they are in for another difficult race with Romain Grosjean and Pastor Maldondo were 17th and 18th respectively.