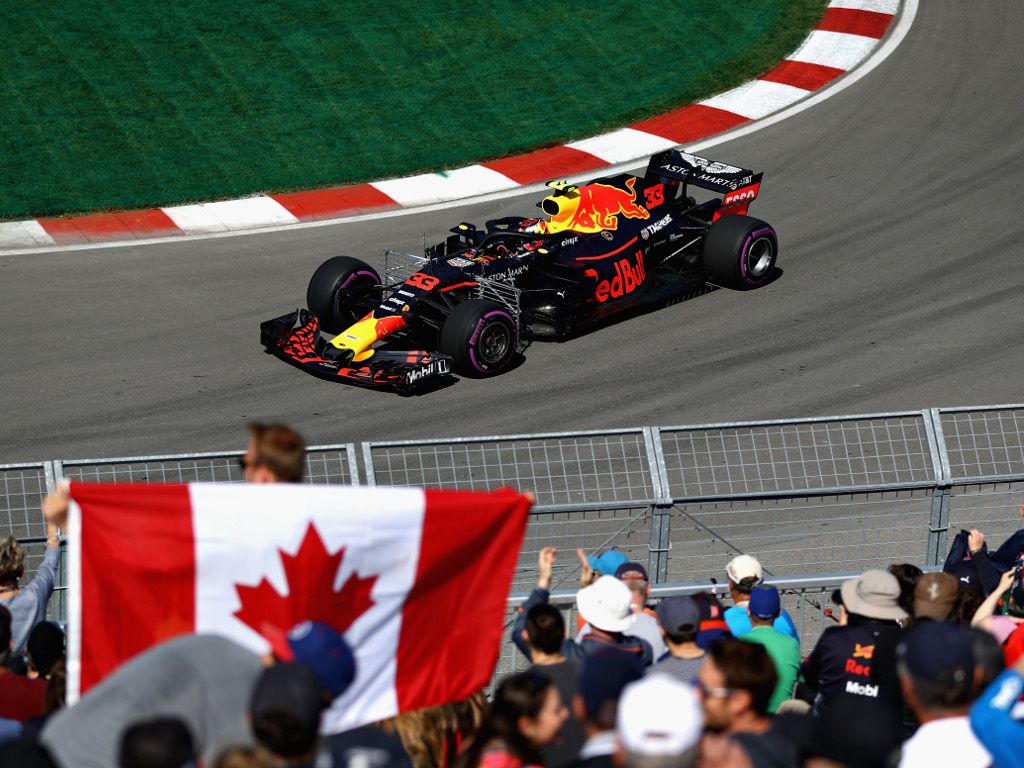 Max Verstappen set the pace in Canada on Friday morning as Nico Hulkenberg brought out the reds and Lance Stroll tagged the Wall.

The drivers took to the temporary track, the Circuit Gilles Villeneuve, early Friday morning for the start of the Canadian Grand Prix weekend.

Putting in the laps on the dusty track, which features three DRS zones for the first time this weekend, Fernando Alonso was on top when the session was red flagged for Nico Hulkenberg’s stricken Renault.

The German reported that it “felt like it went out of gear” as he slowed down before stopping on the track. Despite trying various settings, he couldn’t get the car goin and was told to switch off the engine, his session over.

After a 10-minute removal job, the session resumed in a flurry of activity and a P1 for Valtteri Bottas. The Mercedes driver was the first into the 1:14s, followed sharply by Alonso and Lewis Hamilton.

Alonso returned to the front with a 1:14.064, told by McLaren that it was a “nice” lap. He was, however, using the hypersoft tyres to Mercedes’ ultrasofts.

McLaren’s joy was short-lived as Hamilton broken into the 1:13s with 1:13.967 while Bottas climbed up to second place.

But it was all change again as Max Verstappen went out on the hypersoft tyres. The Dutchman, who didn’t set a time for the first 50 minutes of the session, clocked a 1:13.389 to finish FP1 quickest of all.

Hamilton was second, 0.088s down, while Daniel Ricciardo was third fastest.

Carlos Sainz was eighth ahead of Vandoorne and Pierre Gasly.

Honda’s engine upgrade appeared to work as Brendon Hartley was quickest in the speedtrap with a 328.5kph.

Only one driver hit the Wall of Champions – Lance Stroll. Pushing too hard as he tried to eek out very millionth from his Williams, he tagged the Wall with the rear right.

Sergey Sirotkin spun at Turn 6 and went backwards into the barrier.