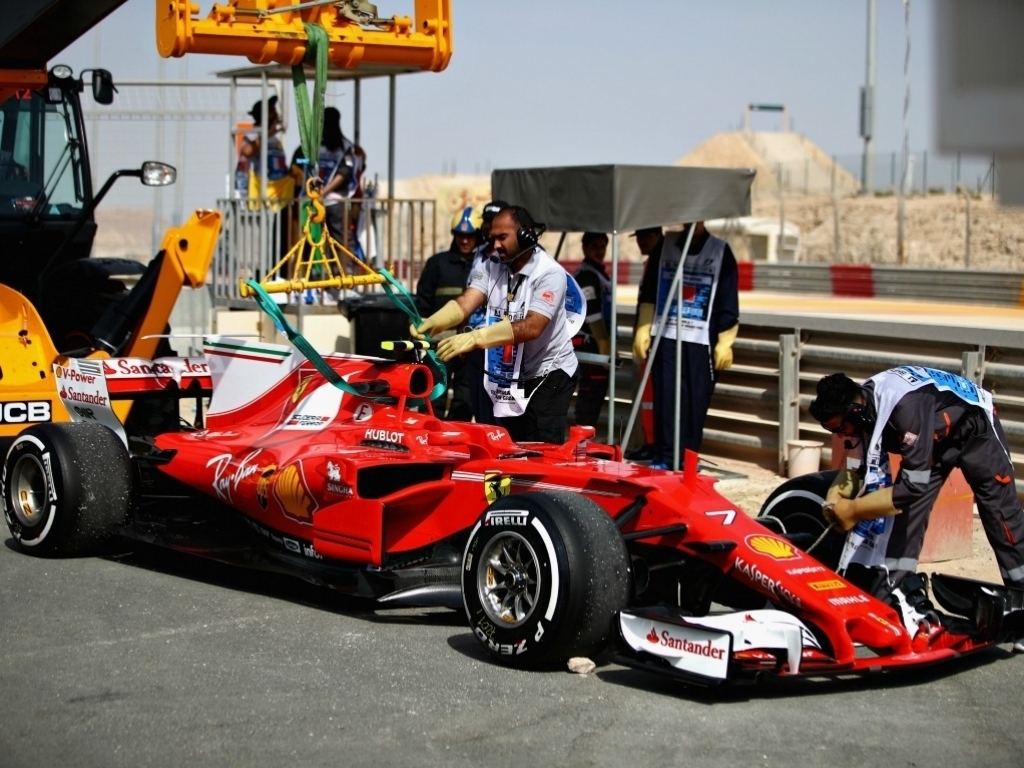 Vettel posted a 1:32.697 in Sakhir to finish the first session in P1, but Raikkonen propped up the timesheets after his Ferrari suffered from an overheating turbo.

Mercedes duo Lewis Hamilton and Valtteri Bottas finished P10 and P14 respectively, but they were very much out of sync with the rest of the field and were more concerned with longer running in testing temperatures.

Track conditions were a stark contrast to what the drivers faced in a cool and soggy China, with track temperatures in Bahrain close to almost 50 degrees.

Ahead of FP1, Hamilton was fearful of the Ferrari in warmer temperatures, but the Scuderia did not make the best of starts to their weekend with Raikkonen forced to come to a stop, just six laps into his first stint, after smoke emerged from the back end of his SF70-H.

As Raikkonen trudged back to the Ferrari garage, an eager Mercedes pressed ahead with Hamilton and Bottas by quickly ditching their medium tyres and switching to the softs.

After the Merc duo traded fastest lap times, they dived back into the pits with just over half of the session remaining and the team claiming that there were ahead of schedule.

That left Vettel to head back out of the garage and set the pace out in front, while Hamilton and Bottas re-emerged late into the session for another low-key stint.

Ferrari were not the only team with mixed fortunes, with Stoffel Vandoorne forced to stop in his MCL32 while Fernando Alonso, fresh from his announcement that he will be racing at the Indy 500 next month, finishing P8 in FP1.

There were also issues for Williams despite Felipe Massa and Lance Stroll placing in P5 and P6 respectively, with the former spinning out after a suspected brake failure while the latter constantly complained about a lack of grip.