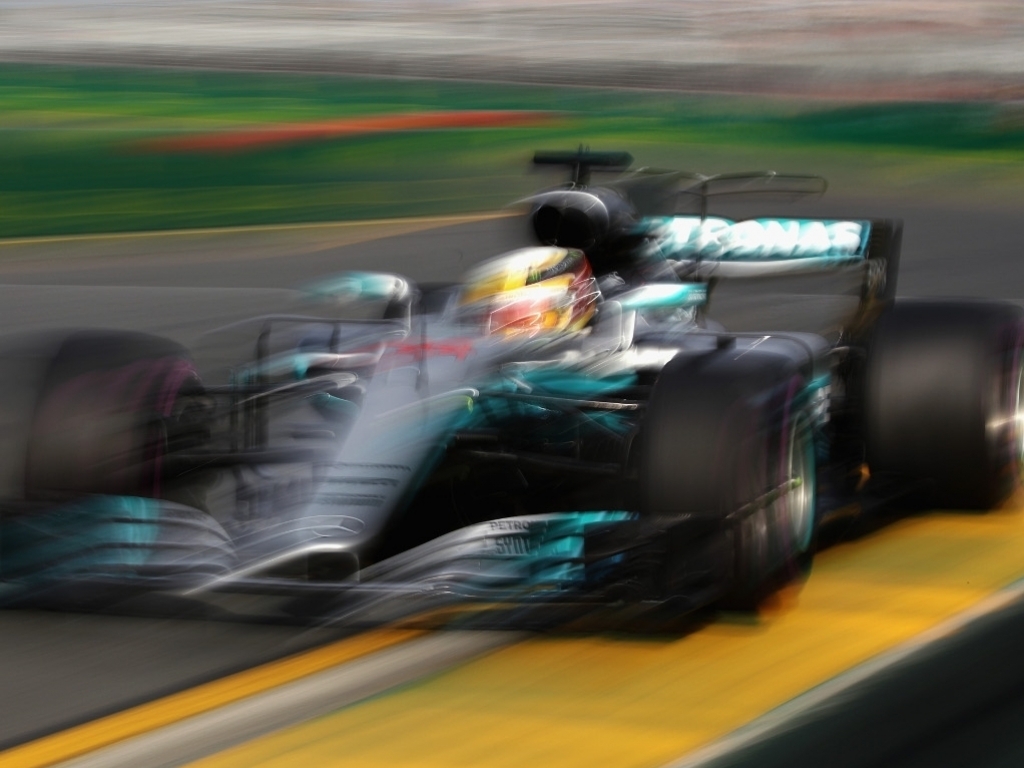 Despite insisting that Ferrari were the team to beat, it was Lewis Hamilton who dominated Friday’s running in Melbourne, up by half a second in FP2.

Ferrari took the fight to Mercedes in Friday’s second practice with Sebastian Vettel and Kimi Raikkonen leading the way on the supersoft tyres ahead of Hamilton on the softs.

However, a swap to the ultrasoft Pirellis heralded a Mercedes P1.

Hamilton went top with a 1:23.620, which was half a second shy of the Albert Park lap record.

Vettel, also on the ultras, put an end to a Mercedes 1-2 as he slotted into second place, 0.547s down on Hamilton, and 0.009s faster than Valtteri Bottas.

Kimi Raikkonen was fourth ahead of Daniel Ricciardo and Max Verstappen.

The latter, though, did not get in a clean lap on the ultras as he ran very wide over the grass at the exit of Turn 12. Verstappen damaged the floor of his RB13 and did not put in another lap.

Carlos Sainz, now with Renault powering his Toro Rosso, was seventh ahead of Romain Grosjean and Nico Hulkenberg.

Daniil Kvyat completed the top ten ahead of Sergio Perez in the pink liveried Force India.

Fernando Alonso was the top McLaren driver in 12th place with Stoffel Vandoorne P17. Between the two drivers they covered 51 laps.

Jolyon Palmer recorded the first official red flag of the 2017 season as he lost the back end of his Renault exiting the final corner.

Onboard view of Palmer as he spins off #AusGP #F1 pic.twitter.com/Lwvdfbx6nl

He lost it early and hit the barriers with the rear of his RS17 before coming to a halt in the middle of the track bringing out the red flags.

Minutes later Felipe Massa added his name to the list of those not seeing the chequered flag as he stopped at Turn 10.

That’s it for @MassaFelipe19 in #FP2. We aren’t sure of the cause but the car won’t be returned until after the session. #AusGP #F1

Earlier Kevin Magnussen’s session appeared to come to a premature conclusion when, after just five laps, a water temperature alarm went off forcing him to park his Haas. He did return to the track but managed just one lap before he was back in the garage with a re-occurrence of the water leak. He put in another two laps as the chequered flag fell.

Marcus Ericsson was the last driver to fail to finish the session as he beached his Sauber in the gravel with five minutes remaining in the session. That brought out the VSC.