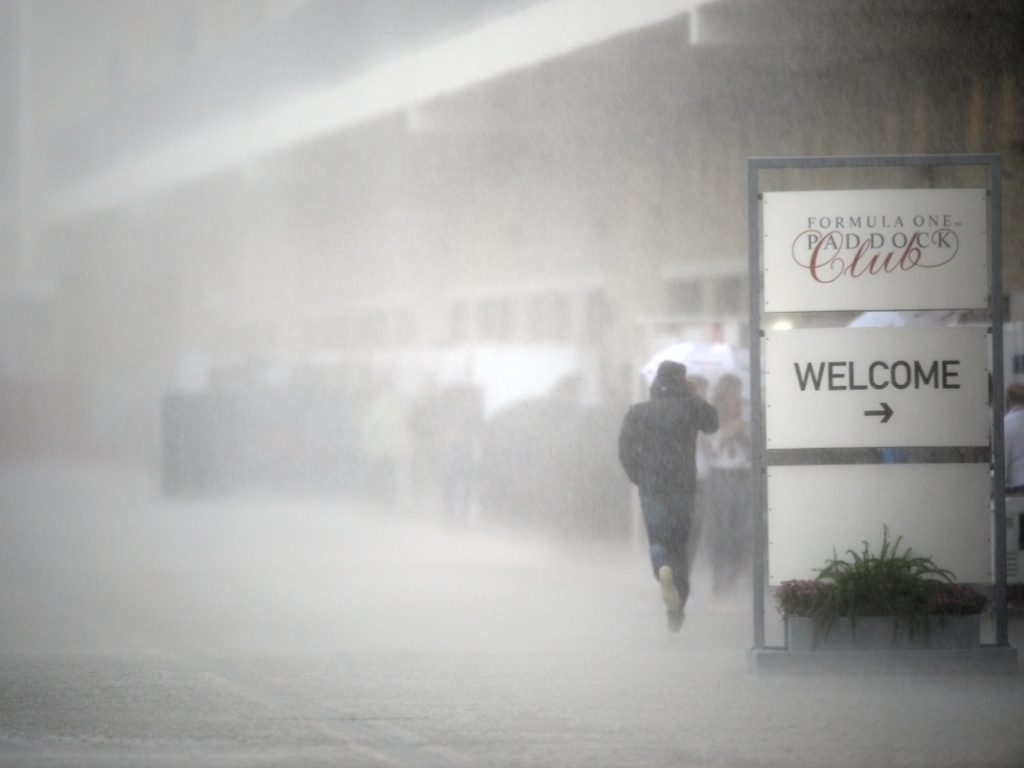 Friday’s second practice at the Circuit of the Americas was a washout as the forecast rain bucketed down.

In the break between Friday’s two practices Hurricane Patricia made her presence known. The rain came down while lightening in the vicinity meant the marshals were unable to take to their posts.

A weather warning went up from the Circuit of the Americas officials, telling spectators to seek cover.

The teams and drivers definitely did as, with the start of FP2 postponed, everyone hid in their respective garages watching the rain pour down.

As the storm continued and the light faded the FIA cancelled FP2 just before the hour mark.

“No medical helicopter operations for the next 2 hours,” was the message from Race Control.

Earlier in the day Nico Rosberg set the pace in FP1 on a wet Austin track ahead of the Red Bulls of Daniil Kvyat and Daniel Ricciardo.