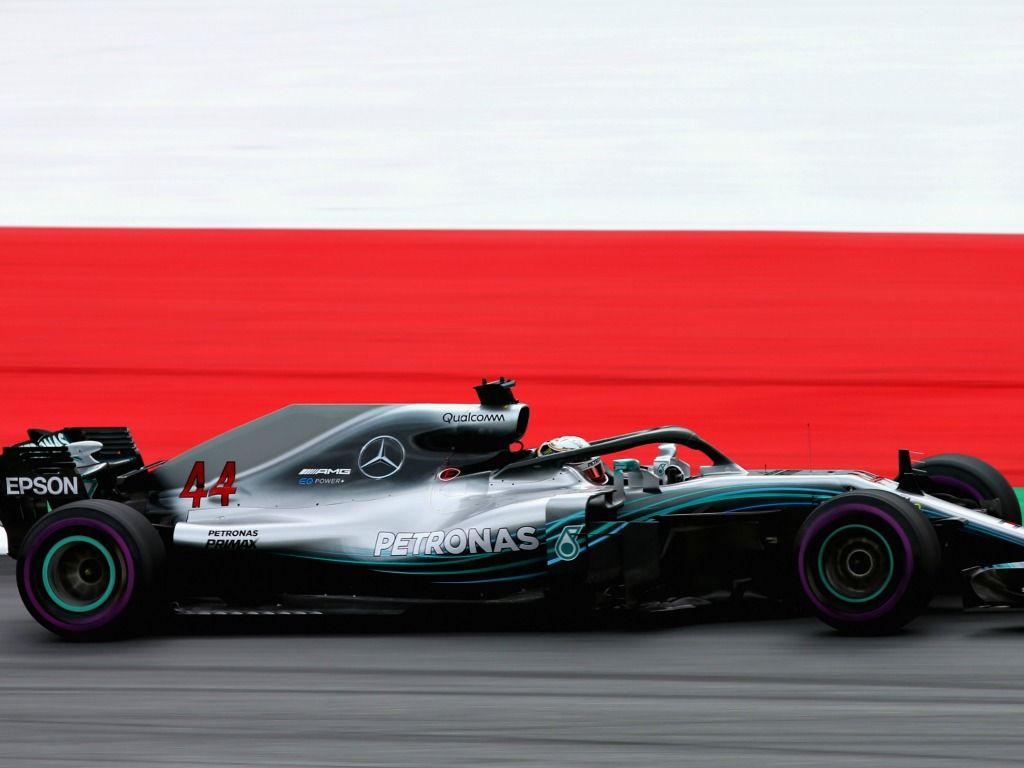 Lewis Hamilton led another Mercedes one-two after finishing top of the timesheet in FP2 ahead of Austrian Grand Prix.

The World Championship leader pumped in a best of 1:04.579 on soft tyres, one tenth ahead of Valtteri Bottas in second on the ultras with not much improvement found on the quickest tyres throughout the field.

Ferrari’s Sebastian Vettel was two tenths down on Hamilton and occupied P3, with Daniel Ricciardo and Max Verstappen around half a second slower in P4 and P5 respectively.

Kimi Raikkonen was a tenth further back in P6 while both Haas cars, Pierre Gasly – who caused a red flag by running over the kerbs and breaking his front-left suspension – and Stoffel Vandoorne completing the top 10.

With a risk of rain in the Austrian hills, there was an initial eagerness for drivers and teams to get their FP2 programmes underway as soon as possible.

In the opening 30 minutes and with the first runs coming to an end, it was the usual sight of Mercedes, who have come armed with aerodynamic upgrades in Austria, leading the way with a tenth separating Hamilton and Bottas after their soft-tyre stints around this short and nifty circuit.

Eight tenths covered the top six with Ferrari showing a few more signs of life compared to FP1, but one driver in Fernando Alonso was forced to wait to get properly stuck into the session as his mechanics assessed damage to his floor.

With the rain continuing to stay away, the next area of focus were the qualifying simulation programmes.

But a brief red flag interrupted running after Gasly became the latest victim of the unforgiving kerbs, pushing wide at Turn 9 and breaking the suspension on his Toro Rosso car.

Once the track went green again, drivers struggled to improve a whole lot on their initial times with fresh ultrasoft tyres strapped on. Pace-setter Hamilton twice managed to get within a tenth of his best time of 1:04.579 but was ultimately unable to beat it.

With hardly any extra pace to be found on the ultrasoft tyres at this stage, attentions turned toward the high-fuel long runs ahead of Sunday’s race.

Gasly was able to get back involved in the session thanks to the good work of the Toro Rosso mechanics, while there was a bit of drama in the pit lane when Kevin Magnussen was released with the front-right tyre not fitted.

The stewards may investigate the team for an unsafe release.