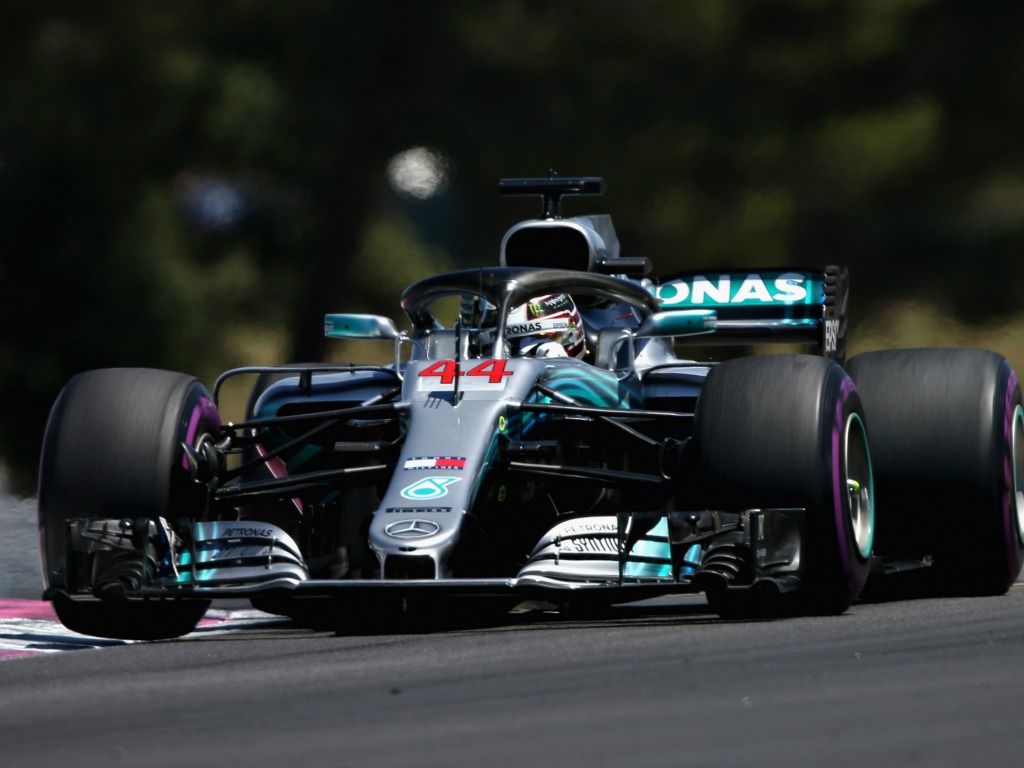 Lewis Hamilton remained on top of the timesheet in FP2, which was red-flagged due to a wheel coming completely loose on Sergio Perez’s car.

Hamilton, who was also quickest in FP1, set a 1:32:539 on ultrasoft tyres during the qualifying simulation runs, with Red Bull duo Daniel Ricciardo and Max Verstappen both seven tenths behind in P2 and P3 respectively.

Kimi Raikkonen and Sebastian Vettel were nestled in behind in P4 and P5, whilst Valtteri Bottas slipped down to P7 as a water leak from his radiator saw him lose precious track time.

A relatively drama-free session was disrupted halfway through by red flags, caused by the rear left wheel coming clean off Perez’s car and go spinning down the straight.

Shortly before FP2 got underway, confirmation came from Sauber that Marcus Ericsson’s car – which caught fire after a spin in FP1 – would not be ready for the afternoon session, leaving 19 cars to return to the Circuit Paul Ricard in very hot conditions.

Sebastian Vettel in the Ferrari set the very early pace at Le Castellet, with the two Mercs in no particular rush to begin their afternoon running; both Hamilton and Bottas staying in the garage for the first 20 minutes.

When they did emerge, they were soon attacking the very top of the timesheet with Hamilton and Bottas in P1 and P2 respectively with an hour left of the session. The Brit, on soft tyres to begin with, posted a best time of 1:33.582, half a second quicker than his team-mate.

Elsewhere, there were early spins for Romain Grosjean and Raikkonen as the change in wind direction continued to cause problems, whilst Sergey Sirotikin provided a moment of confusion when stopping in front of the Force India garage.

Just as teams were getting stuck into their qualifying simulation runs, the session was suddenly red-flagged after the rear left tyre of Sergio Perez’s car came completely off and made an escape for freedom across the track.

The session restarted with 40 minutes left on the clock, but Bottas was left watching on from the garage as Mercedes spotted a problem with his car, which was subsequently taken to pieces.

Mercedes confirmed there was a water leak located in Bottas’ car, leaving Hamilton to collect the data on the ultrasoft tyres as part of the qualy sim programmes.

The Brit improved to a 1:32.539, seven tenths quicker than the two Red Bulls who were also occupying the top three with less than 30 minutes remaining.

The high-fuel long runs were also interrupted in the late stages, this time by a Virtual Safety Car after Brendon Hartley’s Toro Rosso came to a stop with an engine problem and a few flickering flames from the rear of the car.