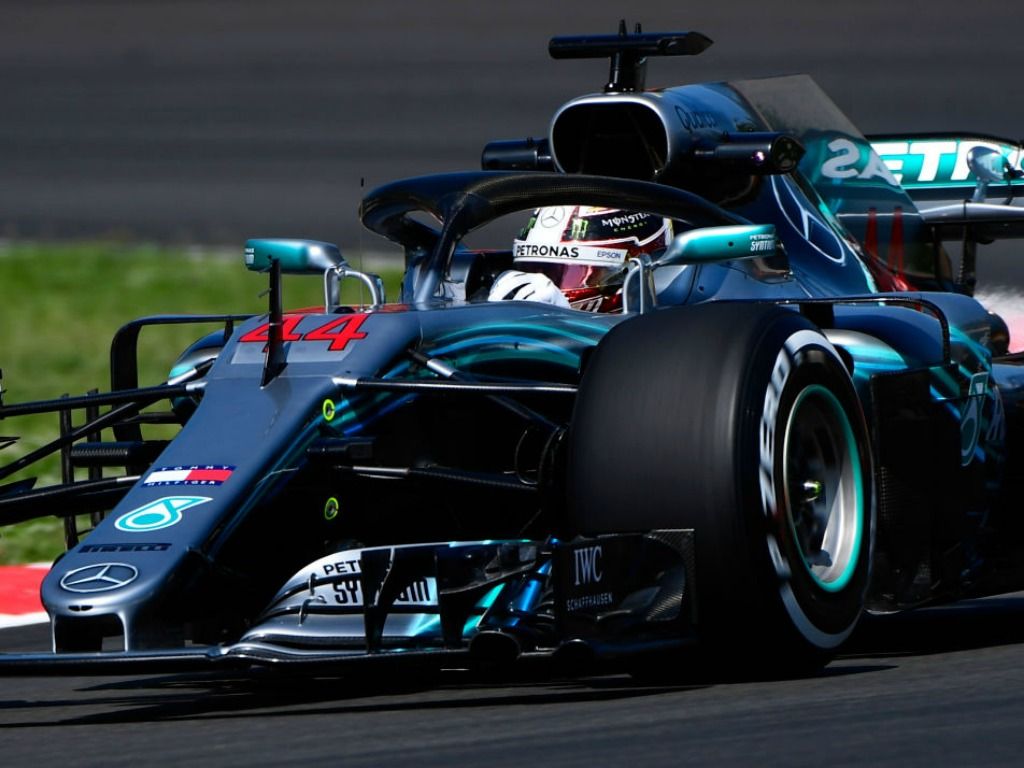 Hamilton’s early time of 1:18.259 remained unbeaten throughout the qualifying simulation programmes in tricky conditions, with Red Bull’s Daniel Ricciardo a tenth back.

Max Verstappen rounded off the top three after being two tenths off the pace. Sebastian Vettel and Valtteri Bottas were a tenth further back in P4 and P5 respectively.

Raikkonen was half a second off in P6, but more concerning will be the puff of smoke that emerged from the Finn’s engine and ended his session early.

Both Haas cars reached the top 10, despite an early off from Romain Grosjean, and Williams continued to prop up the rest of the field with their troublesome FW41.

Although the temperature had risen from FP1 and the wind had dropped, it took just five minutes for the Virtual Safety Car to be enforced again after Grosjean beached his Haas car at Turn 7.

That essentially neutralised the session whilst the VF18 was loaded onto the recovery truck; the green lights returned with one hour and 16 minutes on the clock.

As the final hour mark approached, it was Hamilton, Ricciardo and Verstappen duking it out at the top of the timesheets. The former setting the early pace with a 1:18.259 on soft tyres before attention turned to the qualifying simulation runs.

Both Mercedes cars struggled on their opening qualifying sim laps, with Bottas and Hamilton having to wrestle the car to stop spinning out altogether.

Vettel also backed off heading into the final sector on the quickest supersoft tyre, with Ferrari perhaps opting to keep their cards close to their chest.

Soon after, Raikkonen found the gravel trap at the Turn 4, which continued to be a nightmare to negotiate, and then the Finn backed off on his following attack lap before being told to stop the car as his engine went up in a puff of smoke.

With no notable improvement from Red Bull, either, it left a bit of a mystery as to who held the advantage on one-lap pace.

With 35 minutes left of the session, the race simulation programmes began at the Circuit de Catalunya.

It was Red Bull who caught the eye when assessing the long-run data, with Ricciardo and Verstappen lapping quicker than Bottas on the supersoft tyre.

Hamilton, though, was able to show very good pace on the more durable soft tyres.

There was time for one more Virtual Safety Car before the checkered flag waved as Sergio Perez was unsafely released from the pits with a loose wheel. An increasingly common issue in Formula 1.

FP3 will begin at 1200 local time on Saturday, with the all-important qualifying session following at 1500 local time.