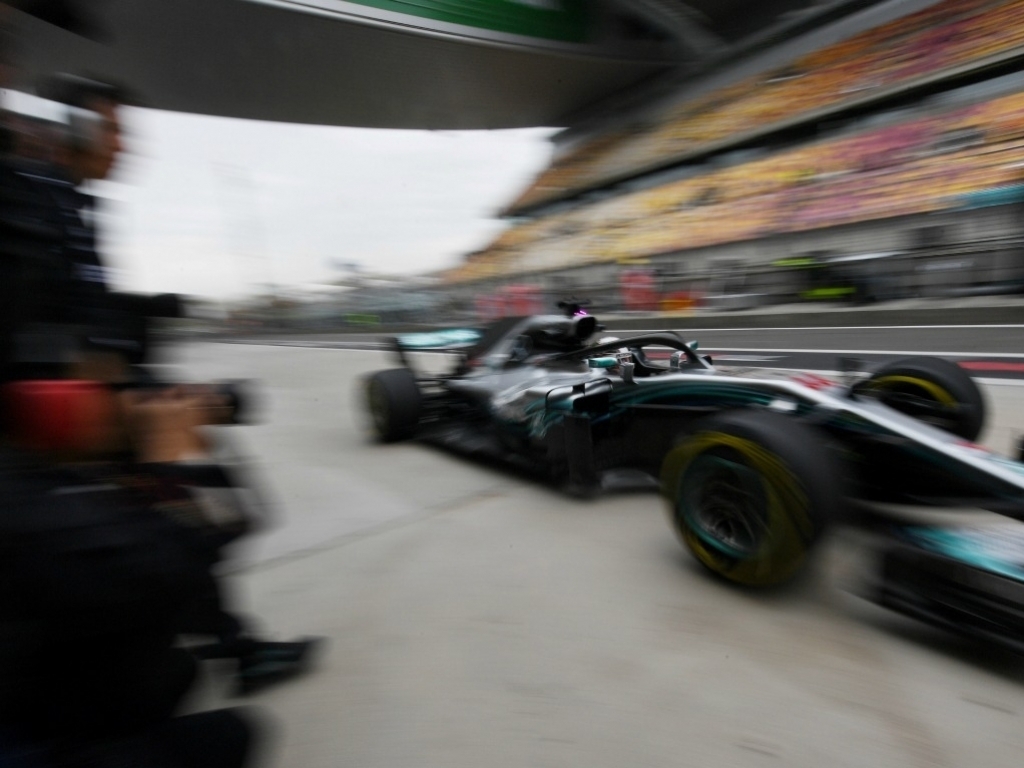 Lewis Hamilton continued to set the pace at the Shanghai International Circuit as just a tenth separated the top four in China.

Sebastian Vettel was also in close quarters in P4 and just a tenth behind his major title rival.

Max Verstappen was cut a little adrift in P5 by being three tenths off Hamilton’s pace, while Nico Hulkenberg in the Renault finished best of the rest in P6, a tenth ahead of Kevin Magnussen’s Haas in P7.

Fernando Alonso completed the top 10, while Williams’ Lance Stroll propped up the timesheet once again.

Also, for the third straight race weekend, there was an unsafe release to bring safety into question once again. Stoffel Vandoorne was forced to come to a stop in the latter stages after reported his wheel came lose following a pit stop.

The cool, blustery conditions that made FP1 a tricky proposition remained into the afternoon for FP2, where there was also a 40 per cent chance of rain.

While many were able to get straight into their programmes, Raikkonen had a minor delay after a software problem was discovered on his installation lap.

When he was able to get going, Turn 6 proved to be problematic once again as both he and Hamilton suffered lock-ups, both cars snapping out of line due to the wind.

Ahead of the qualifying simulation runs, it was Raikkonen and Hamilton who set the very early pace on the soft tyres with a tenth between them.

But then out came the quickest ultrasoft tyres, and it was Hamilton who immediately lowered the benchmark to a 1:33.482.

As Bottas and Vettel tried in vain to topple the Brit, Stroll and Romain Grosjean were the latest drivers to go for spins, resulting in the former being in very familiar territory at the bottom of the standings.

Before the set of tyres had to be handed back, there was just enough time for Raikkonen to narrow the gap to Hamilton to just 0.007 seconds. Only a tenth separated the top four which was completed by Bottas and Vettel.

Attention then turned to the race simulation programmes, but rain suddenly appeared on the radar which brought FP2 to an abrupt end with 10 minutes left on the clock.

More concerning, though, was yet another unsafe release incident just before the rain came. Stoffel Vandoorne and McLaren under investigation this time after the right rear came loose.