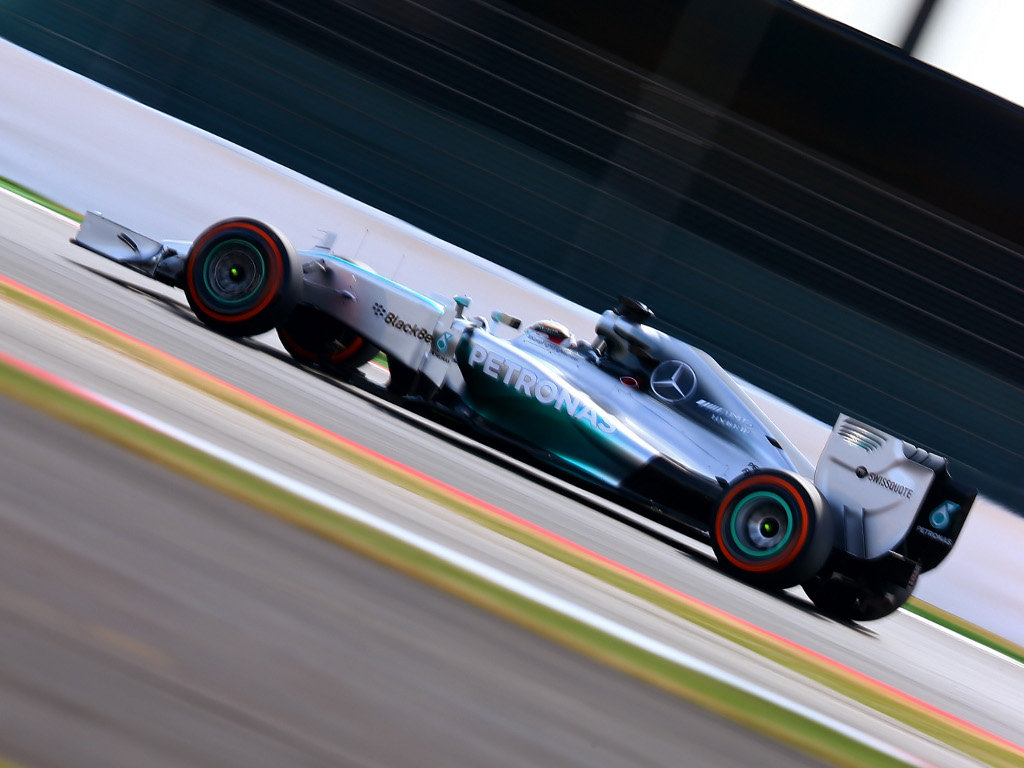 The battle of the Mercedes drivers continued in Free Practice Two at Silverstone as Lewis Hamilton got the better of Nico Rosberg.

With the grandstands packed as usual and the weather playing along, Hamilton gave the British fans plenty to cheer about as he turned the tables on his German team-mate following FP1.

Rosberg, who along with Red Bull’s Daniel Ricciardo escaped punishment after they were investigated for overtaking under red flags earlier in the day, topped FP1 with a 1:35.424, but Hamilton went much quicker than that.

On a fresh set of mediums, the 2008 World Champion put in a 1:34.508 and remained there for the rest of the session. His afternoon, though, did come to an early end after he stopped Loop.

He had a sudden loss of power, explaining to his race engineer “engine killed, no shifting” before making his way to the pits.

Rosberg kept Hamilton honest, but the Championship pacesetter was 0.228 slower than his team-mate while Fernando Alonso again showed that Ferrari mean business at Silverstone.

The Spaniard made it two P3s in a row with a 1:35.244 while Ricciardo was fourth and the second Red Bull of Sebastian Vettel fifth.

Race-pace wise Rosberg seemed to have the edge with Vettel slightly behind and Alonso a tad slower than the Red Bull over a long run. Meanwhile, Raikkonen was all over the pace

It was a much better session for Williams following their nightmare earlier in the day when both Susie Wolff and Felipe Massa lasted only a handful of laps. Wolff stopped after her car lost oil pressure, but despite her Mercedes engine problems she promised to give husband Toto Wolff, the Mercedes motorsport boss, a “big kiss” this evening.

Back on the track Bottas, who made way for Wolff in FP1, was one of the first drivers to emerge for the second run after the mechanics managed to fix his car.

He completed 33 laps and ended up in P6 with a 1:36.001, but his engine cover came off on the final few laps while Massa left his garage 30 minutes into the session and was down in 11th with 29 laps.

The McLarens were also solid with Jenson Button and Kevin Magnussen P7 and P8 respectively while the second Ferrari of Raikkonen was another place back with Jean-Eric Vergne completing the top 10. The STR driver also had a premature end to his session after his front-left wheel came loss at Turn 1 and forced him off.

Lotus didn’t have the best of mornings with Pastor Maldonado not setting a time in FP1, but the Venezuelan managed 35 laps while Romain Grosjean also managed 30+.

It was another stuttering session for Caterham, who had issues with both their cars earlier on, as Marcus Ericsson broke down with an engine problem in the old pit lane with just over 20 minutes still left in the session.